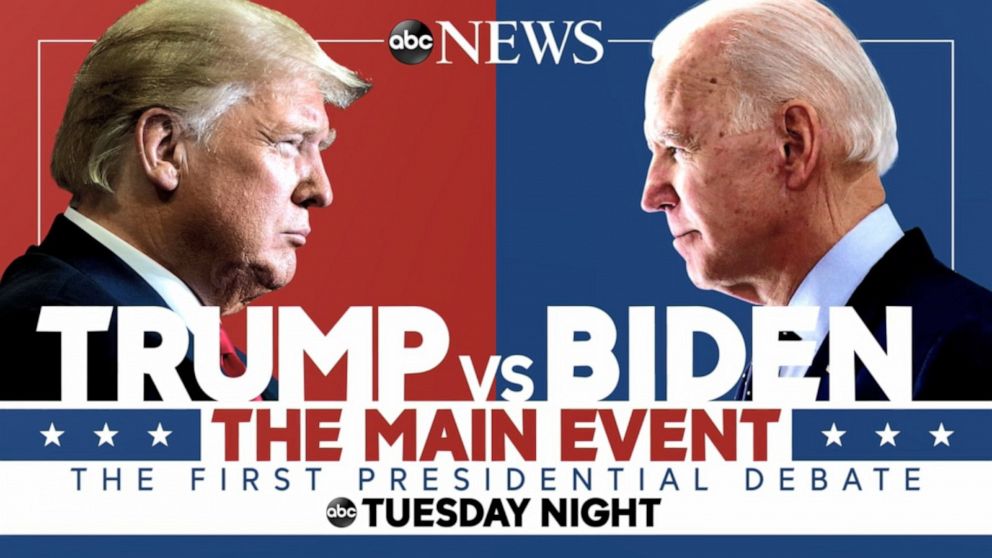 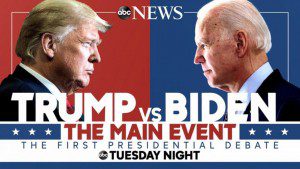 All America is waiting with excited anticipation for the big event tonight, where Donald Trump squares off against Joe Biden in the first of this year’s televised Presidential debates, hailed as if two prizefighters in a Vegas casino arena. For Trumpers it’s another opportunity to rally behind their carnival clown as he mouths off against the system that they see as keeping them down, as unfairly favoring minorities over majorities, and restricting their freedoms, trusting not in God but the word of Trump himself, to defeat the evil machinations of the progressive left and restore us to that perfect society where the meek fall in line behind the schoolyard bully with the prom-queen girlfriend and her girlfriend cheerleaders. Don’t step onto that playground unless you expect to get shouted down, Joe Biden. Get ready for the abuse, Joe Biden. The lamb is being led to the slaughter. All praise Jesus, Abraham and Moses!
How does one debate an opponent who will resort to all manner of theatrics to focus the attention away from policy and ideas and make it all about personality? How does one debate an opponent who refuses to play by the rules? Trump’s ability to manufacture his own data to support his personal narrative of success is legendary. Trump’s bombastic style, a litany of interruptive and irrelevant slurs punctuated with insulting monikers he has assigned his enemies, makes for great television and leaves the field littered with the bodies of his defenseless victims who play by the rules. Will Biden be yet one more victim tonight?
I would not want to be Joe Biden today as he ponders his strategy for the debate. His options don’t look very good right now. Should he abandon his principles, the guiding rules of fair play and decency, and get in the mud with Trump? OR…. Should he argue policy—dry, boring, generalized centrist policy, supported by idealized and largely theoretical plans for “building back better,” plans that are seen by Trump loyalists as a way to steal all that trickle-down wealth from the people who built this country for the rest of us to occupy, the oh-so necessary innovators who support us, the voiceless, save for Trump. To be sure, to attack Trump is to attack “us.”
So one has to ask, why are the rest of us. the other “us,” planning to tune in tonight? What is it that we want from this debate? Certainly we will not learn any new facts, policy or plans and even if we did, we all understand that they are at best, merely promises, that in our current society carry less weight than a boy scout oath or a Christmas promise from a department store Santa Claus. So why do we watch?
There’s only one true answer. After four years of hopeless despair in the face of overwhelming protest, after witnessing the deconstruction of American society and the devaluation of our guiding principles, after twisting in the legal wind created by Trump’s unqualified appointments and lackeys, we seek that ounce of satisfaction that may be gained by Trump getting his ass handed him.
Comeuppance, that’s what it is about. That’s why we watch.
Get Mobilized and Make Love Go Viral!
Related Topics:BidendebateTrump
Up Next