Why Co-Operatives are the Future 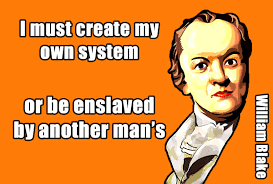 The Internet is slipping out of ordinary users’ control. Internet technologies are transforming our workplaces, relationships, and societies. Companies like Uber, Amazon, and Facebook are capturing vital sectors of the economy such as transportation and phenomena like search and social networking. All of us who rely on the Internet have virtually no control over the platforms that affect and inform us on a daily basis.

Platform Capitalism
The power held by these principal platform owners has allowed them to reorganize life and work to their benefit and that of their shareholders. “Free” services often come at the cost of our valuable personal information, with little recourse for users who value their privacy.

The paid work that people execute on digital platforms like Uber or Freelancer allows owners to challenge hard-won gains by 20th-century labor struggles: workers are reclassified as “independent contractors” and thus denied rights such as minimum wage protections, unemployment benefits, and collective bargaining. Platform executives argue that they are merely technology (not labor) companies; that they are intermediaries who have no responsibility for the workers who use their sites. The plush pockets of venture capitalists behind “sharing economy” apps allow them to lobby governments around the world to make room for their “innovative” practices, despite well-substantiated adverse long-term effects on workers, users, the environment and communities. At the same time, in the gaps and hollows of the digital economy, a new model follows a significantly different ethical and financial logic.

Platform Cooperativism
Platform cooperativism is a growing international movement that builds a fairer future of work. It’s about social justice and the bottom line. Rooted in democratic ownership,co-op members, technologists, unionists, and freelancers create a concrete near-future alternative to the extractive sharing economy.

Making good on the early promise of the Web to decentralize the power of apps, protocols, and websites, platform co-ops allow households with low and volatile income to benefit from the shift of labor markets to the Internet. Steering clear of the belief in one-click fixes of social problems, the model is poised to vitalize people-centered innovation by joining the rich heritage and values of co-ops with emerging Internet technologies.

Ecosystem
Countless platform co-ops and initiatives supporting them have developed rapidly over the past two years. This ecosystem challenges the practices of the “sharing economy” and the often misogynist ‘win at all costs’ culture of Silicon Valley. The cooperative platform ecosystem ranges from alternative financing models, labor brokerages for nurses, massage therapists, and cleaners, to cooperatively owned online marketplaces, and data-protection platforms for patients.

Rather than posing as the solution for the quick defeat of the extractive investor-owned model, successful platform co-ops have already and continue to make a meaningful difference in the lives of those who participate in them. It is a project that people can work on in their lifetime. Uber drivers are organizing in co-ops, designing their own taxi apps. Photographers are offering their work for fair prices on a platform where they’re in charge, and journalists are crowdfunding news portals co-owned by their readers. New decentralized networks are enabling people to share their data with each other without relying on a corporate cloud.

Examples
Here are some examples: Up & Go offers professional home services like house cleaning, (and soon childcare and dog walking) by those who are looking for assistance with laborers from local worker-owned cooperatives. Unlike extractive home-services platforms which take up to 30% of workers’ income, Up & Go charges only the 5% it needs to maintain the platform.

Similarly, the 25% fee that corporate ride-hail (taxi) platforms extract from drivers has led some drivers to create cooperative platforms across Europe and the United States. Cotabo (Bologna, Italy), ATX Coop Taxi(Austin, TX), Green Taxi Cooperative (Denver, CO), The People’s Ride (Grand Rapids, MI), and Yellow Cab Cooperative (San Francisco, CA), among others, have each provided their worker-owners the dignity of a living wage by developing their own taxi apps.

MiData, a Swiss “health data cooperative,” has created a data-exchange which will securely host member-users’ medical records. By integrating this traditional health data with emerging data streams from FitBit devices and personal genomic services, MiData aims to out-compete private, for-profit data brokers and ultimately return the control and monetization of personal data to those who generate it.

As some open-source projects find it hard to pay a dedicated development team, the funding platform Gratipayprovides a free subscription-based patronage infrastructure for developers of such ventures. Gratipay provides credit-card transactions at-cost, subtracting only the processing fees from users’ subscriptions. Tools like Gratipay are at the core of the platform cooperativism ecosystem; they expedite the work of other projects.

Get Mobilized and Make Love Go Viral!
Related Topics:cooperationcooperativeholistic healthplatform.coopsystemtransformtransformation
Up Next