Where did we begin? A chemical clue to how life started on Earth 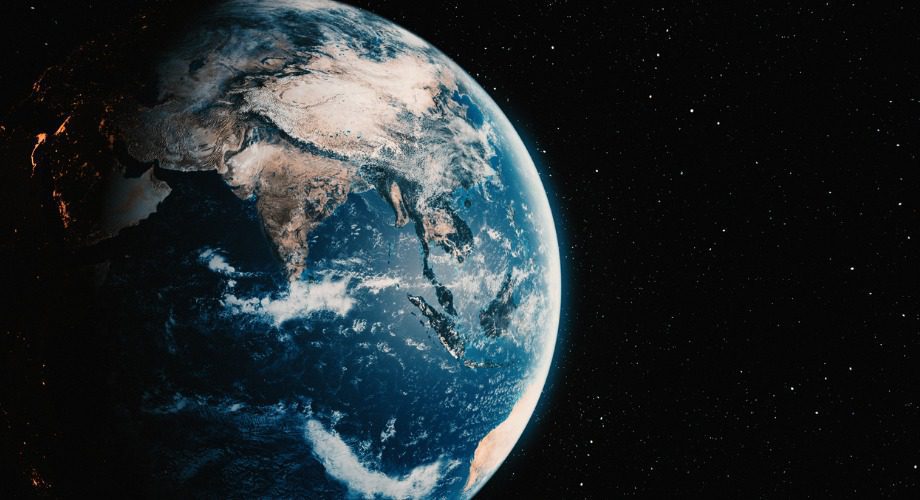 Source: Scripps Research Institute– Earth didn’t always harbor life. But around 4 billion years ago, something in the environment changed, and systems with biological properties began to emerge. Many scientists believe a lively dance of molecules called amino acids is partly responsible for the shift: Molecules linked up, broke apart and eventually came together to form life as we know it.

We might never know exactly how the process worked, but chemists today have made new discoveries that build upon promising theories for how life formed.

“How chemistry led to complex life is one of the most fascinating questions that mankind has pondered,” says Luke Leman, PhD, assistant professor of chemistry at Scripps Research. “There are a lot of theories about the origins of proteins but not so much experimental laboratory support for these ideas.”

Leman recently co-led a study into the very recipe for life on early Earth; the research is published in the Proceedings of the National Academy of Sciences. He worked closely with researchers at the Georgia Institute of Technology and the Center for Chemical Evolution, which is supported by the National Science Foundation and NASA.

“The research helps us understand how positively charged peptides could have formed on the pre-biotic earth,” says Moran Frenkel-Pinter, PhD, a postdoctoral fellow at Georgia Tech and first author of the paper. Peptides are made when two or more amino acid building blocks link up, leading to the proteins that make up every organism.

Leman, Frenkel-Pinter and many other scientists in this field find it strange that every living thing on our planet forms its proteins from the exact same set of 20 amino acids. Why that specific set? Scientists know there are many more amino acids out there. In fact, meteorites with up to 80 amino acids have landed on Earth.

“In the prebiotic Earth, there would have been a much larger set of amino acids,” says Leman, who also is scientific collaborator at the Center for Chemical Evolution. “Is there something special about these 20 amino acids, or did these just get frozen at a moment in time by evolution?”

The new study suggests that life’s dependence on these 20 amino acids is no accident. The researchers show that the kinds of amino acids used in proteins are more likely to link up together because they react together more efficiently and have few inefficient side reactions.

This finding gives researchers a look back in time and a working model for testing further theories for the origins of life. Understanding how peptides form is also important for the field of synthetic chemistry, where scientists are striving to design new molecules that can be used for drug therapies and material science.

“This work is a real step toward understanding why certain building blocks are found in the proteins essential for life,” says Kathy Covert, program director at the National Science Foundation’s Centers for Chemical Innovation, which co-funds the Center for Chemical Evolution. “Through research like this, the Center is realizing its ambitious mission to shed light on the chemistries of biopolymers, a foundation of all living things.”

“With heating and drying cycles, you can form chains of amino acids that are similar to protein structures,” Leman says.

Their experiments showed that proteinaceous amino acids are more likely to spontaneously link to form large “macromolecules” without requiring any other ingredients, such as enzymes or activating agents. This linkage is an important step in forming a protein.

The proteinaceous amino acids seemed to prefer reactivity through a part of their structure called the alpha-amine. They mostly formed linear, protein-like backbone “topologies” (geometric formations). This tendency could have given these amino acids a head start in folding and binding, leading eventually to proteins.

Based on the chemistry they observed, the scientists now have a possible explanation for the selection of the positively charged amino acids found in today’s proteins.

“This is a purely chemical driving force that could have led to the selection of certain amino acids over other ones,” says Leman.

Loren Williams, PhD, professor at Georgia Tech and co-leader of the study, says the research gives chemists a starting point for understanding how life could have started on early Earth, also called the Hadean Earth. “We are starting to understand how purely chemical processes, based on those of the Hadean Earth, can produce molecules that have surprising similarities to biological polymers,” says Williams, who is also a member of the CCE.

Going forward, the researchers would like to investigate how these amino acids interact with RNA, the ingredient on early that may have made the next step in evolution possible.

“It will be interesting to learn how these positively charged ancestors of proteins cooperate with negatively-charged molecules such as RNA,” says Frenkel-Pinter.

The study was supported by the National Science Foundation and the NASA Astrobiology Program under the NSF Center for Chemical Evolution (grant CHE-1504217).