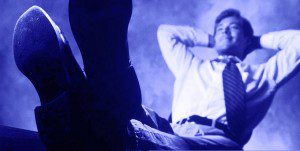 Well, the Impeachment Managers just finished their first day of presenting the arguments in the case against Donald J. Trump.  What should be obvious by now is that at every step along the way to the violent riot at the Capitol building, Donald Trump was inextricably involved, from months before to the very hours and minutes of those terrible events as they unfolded live.

But for now, put the violence aside and consider the intent.  Whether violence was the chosen means of then President Trump or not, does not factor into his very culpable intent.

All you have to ask yourself is this: “By his words and actions, by his texts and tweets, did Donald Trump seek to overturn the legitimate election of President -elect Biden?”  After all legal means had failed in sixty-one court attempts, and his thinly veiled quasi-legal (I’m being generous here) effort to pressure Attorney General William Barr, the state legislatures of Michigan and Pennsylvania, several Governors, Vice President Pence and Georgia Secretary of State Brad Raffensperger  proved worthless, Trump found himself with only one recourse, to turn his attention to his base to stop the electoral vote certification, as he so explicitly had proclaimed many times, “Stop the steal!”  To that end, for nineteen days prior to January 6th, Trump pulled 50 million dollars from the contributions made to his campaign to spend on TV ads that ran up to the date of the riot, ads that encouraged his base to join him in DC to overturn the election.  No, “Stop the steal” was not some spontaneous phrase delivered in a speech prior to the riot, but a recurring part of his campaign urging his base to “save the date.”

As compelling as the evidence was, it may well have fallen on deaf ears.  By all accounts, even Republican Senators speaking with media after the close of the hearing, the Impeachment Managers were masterful, logical and compelling, and the evidence was deeply disturbing.  But even more disturbing is that several members of the Senate “jury” were openly complicit in the incitement, notably Senators Josh Hawley, Ted Cruz, Rand Paul and Lindsey Graham who all appeared to be mentally AWOL from the hearing.  It can be said that when known criminals sit in judgement of their co-conspirators it is clearly a mark of corruption.

As they evacuated their seats on the floor, removing themselves to the balcony, feet up on the backs of chairs, relaxed in the confidence that by agreement between the two parties, no cameras would be pointed their way, they showed their disdain as feigned boredom shuffling papers, reading magazines or doodling on their notepads, such is the face of complicity.

If Democracy is to mean anything, then surely the Republican Senators who refuse to abide by the majority vote regarding the constitutionality of the proceeding and have pledged their loyalty and their ultimate vote to Trump and not the Constitution, are merely echoing Trump’s refusal to abide by the election result. For Republicans the rules don’t seem to matter. They care not what has been agreed, but what they feel, what they fear.  While these Senators decry the so-called “disenfranchisement of  71 million Trump voters, they willingly seek to disenfranchise the 81 million Biden voters who rightfully determined the outcome of the Presidential election. Surely, they know how democracy works.  They know the rules.  They lost. What else is there but to do the right thing?

Related Topics:CruzGrahamHawleyPaulSenateTrump. impeachment
Up Next