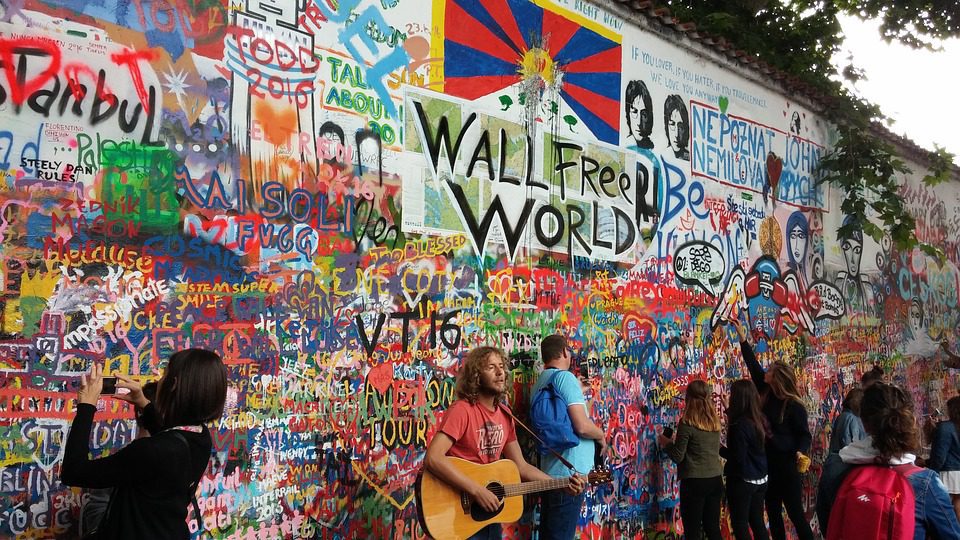 Contemplating this historical event, I’ve read some informed opinions regarding it’s significance. One rational view I’ve heard started with a question. Did we really win the Cold War? He answered, ‘not really’ and went on to document why. Essentially, it was not. Not if ‘the fall’ it was viewed as a turning point for a better world to come given the human aspiration for freedom.

Here’s my own twisted perspective. It was certainly evidence of an aspiration for freedom. Unfortunately, most of us in ‘free’ nations, squandered that jolt of reality. And after that we failed in our roll in building that better world of ‘liberty and justice for all’. I’ll assert that our primary reason was in believing democracy was the key to maximize humanities freedom and security. That democracy was more important than ‘justice for all” and the protection of human rights.

The recent historical outbreak in democracies of populism and protest should have quashed any such belief. Anyone studying and fully grasping the flaws in this human created principle we call ‘democracy’, would certainly recognize that the benefits of ‘democracy’ are far from any inevitable positive outcome without a transformational change in governing systems.

Over the ages many minds far wiser and smarter than most of ours have warned against such optimism of yielding power to the ignorant masses. It appears most of our ‘modern’ minds remain opposed (or ignorant) of the consistently reasoned wisdom of old. Popularity does not fix problems. Neither does optimism. Abiding by fundamental principles can. We should adopt those offered in our Declaration of Independence and codify them. They were known by those who drafted our U.S. Constitution. Then largely ignored (I’m guessing) for economic and populace reasons. They (our founding fathers) should have walked their talk.

Today I read a book review on “Paradise Lost”. A best seller about 400 years ago. The review suggested it contained the answer to most of the important questions humans have wanted asked. I was stymied by finding out it was poetry, in blank verse no less, and not easy to understand. So I read the cribbed notes version. And the first four line intro hit home. Essentially, the origins of all human suffering is because Adam and Eve didn’t listen. They ate from the “fruit of the forbidden tree”.

According to the crib version Paradise Lost is as much about hierarchy as obedience. And the “spatial hierarchy” of “the universe” puts “Heaven above, Hell below, and Earth in the middle” forming a “social hierarchy of angels, humans, animals and devils.” “To obey God is to respect this hierarchy.” And, “humankind’s disobedience is a corruption of God’s hierarchy.”
When thinking about the “Laws of Nature and Nature’s God” I can’t help but believe that the protection of human life and the environment (God’s creation) would be respectful to “God’s hierarchy.” Yet, it seems ‘self-evident’ that most voters of every religious denomination, most policy makers from every political party, and most leaders from every nation, persistently fail to abide by this hierarchy. And then we the governed, who elected them, wonder why things aren’t going so well. Or, that nearly every aspect of our comfortable civilized lives is simply unsustainable. Economic debt, global warming, extinction of species, income inequality, the evolution of weapons and war, and the persistently acceptance of corruption as part of both our economic (capitalism) and political (financed) systems. Systems that were rigged by the wealthy under our democratic masses noses because we were too comfortable to care.

In summary the majority of voters have simply allowed this corruption of God’s hierarchy. We were/are free to believe that democracy will cure this corruption. But as long as a majority of US voters (or humanity) remain ignorant of the survival value of the “Laws of Nature and Nature’s God” we will be as free as Adam and Eve in the Garden of Eden. And just as foolishly never be free of the consequences of using our freedom irresponsibly.

I’ve yet to grasp the conclusion offered by the crib notes author – that Milton (the poem’s author) wanted to show that the fall of humankind was part of God’s greater plan, and that God’s plan is justified. https://www.sparknotes.com/poetry/paradiselost/

But I do arrogantly suggest an alternative future (and value system) is possible. One that enables humanity to find the Paradise we lost. Science has provided us with the tools needed to create heaven on earth. Never has humanity had the comforts now afforded by such powerful and increasingly affordable technologies. Yet comfort is not what our creator (God or evolution) made us for. We were made for greatness. And unless we globally honor the Golden Rule and use our politics, science, technology, and economy to abide by the “Laws of Nature and Nature’s God” we will never engineer the capacity to survive beyond our earthly paradise. To physically reach the heavens, before the inevitable expansion of our Sun incinerates all God’s creation and wisdom multiple prophets have offered.

Our first step in a different direction would be to invest sufficiently in achieving the 17 Sustainable Development Goals. Goals that target the underlying causes of so much suffering, injustice, violence, and multiple environmental degradations. Anyone connecting the dots will see the web of life and the need for global justice. Failing this we can only expect further chaos and human suffering. Perhaps the end of human life on earth.

Note to Trump and his supporters on the 20th anniversary of the fall of the Berlin Wall. Walls do not keep us free or secure.

Note to voters. Unless we change our current Constitution to codify the “Laws of Nature and Nature’s God” just voting for your favorite candidate simply won’t matter to your children or grandchildren. Given the evolution of technology’s exponential growth (fueling the evolution of weapons and war) time is not on our side.

I’ll end with one short poem I love with written by Dr. Benjamin E. Mays. The late Eliza Cummings read it his first day of Congress. And it was read recently at his eulogy.

I have only just a minute,

Only sixty seconds in it.
Forced upon me, can’t refuse it.
Didn’t seek it, didn’t choose it.
But it’s up to me
to use it.
I must suffer if I lose it.
Give account if I abuse it.
Just a tiny little minute,
but eternity is in it. 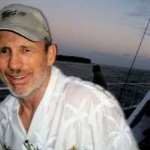