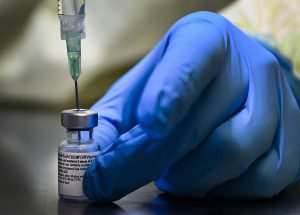 While America is finally coming to terms with the Covid-19 pandemic, there is yet another, more aggressive virus infecting our nation and the world at large that has yet to be brought under control—Trumpism.

Like Covid, the most immediate remedy is to isolate the virus through masking and social distancing.  Masking was effectively accomplished by Twitter when it permanently removed Trump from its site, and social distancing became practical when Trump quarantined himself in Mara Lago.  But as in the case of the Covid pandemic, we need remain vigilant lest the many other virulent mutations of the disease cause a reinfection.

While Trump’s polling numbers are on the decline, the symptoms of Trumpism remain—rampant lying, quasi-legal and illegal activities, hatred of the media, hidden financial transgressions, fraud, racism, misogyny, anti-Semitism, fascism, authoritarianism, the growing numbers of hate groups and preposterous conspiracy theories, the rise of homeland terrorism, the many forms of outspoken white supremacists, political whack-a-doodles like Marjorie Taylor Greene and sadly, the culmination of all of these into the growing predisposition for, and ultimately several demonstrations of, armed insurrection.

It may well be that the dominant mutation will prove to be the dark horse, Lara Trump, who is being touted as a Congressional candidate in North Carolina 2022.  But also consider that Ivanka Trump is no slouch, as she is eyeing a Senatorial run in Florida. Say “goodbye,” Marco Rubio.  You should have stood for something ethical, rather than to be subservient to a fraudster.  But clearly, Don Junior has put himself out front at rallies to be the big-mouthed successor to the king. Son Eric may just have to be content with a role as Court Jester, replacing Rudi Giuliani who may well be on his way to a deserved rest of “involuntary confinement.”

These mutations are very real and will make every attempt to infect our society with far reaching global consequences evidenced as environmental and  economic disasters and armed conflict. Vaccinate now while you can!