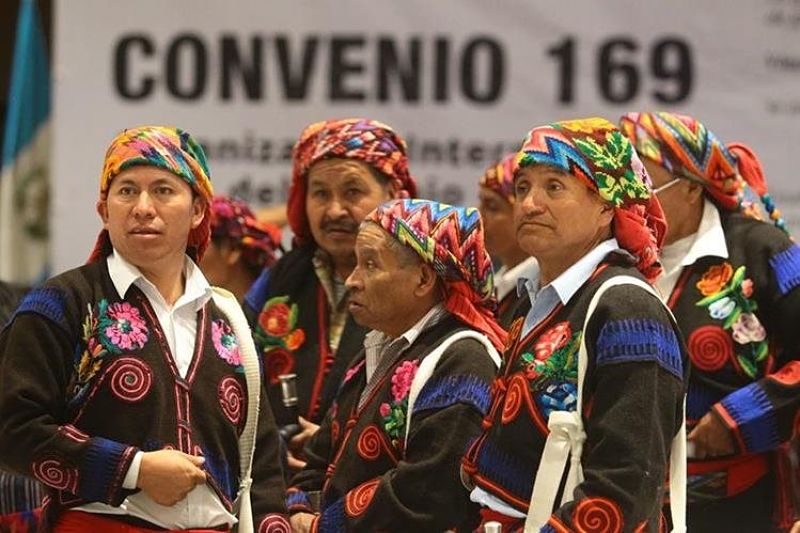 September 13, 2021 marked the 14th anniversary of the adoption of the Declaration on the Rights of Indigenous Peoples by the United Nations (UN) General Assembly. This, however, is not the first international document adopted on the subject. In 1989, the International Labour Organisation (ILO) adopted Convention 169 on Indigenous and Tribal Peoples, which replaced Convention 107 of the same organisation, adopted in 1957, “concerning Indigenous and Tribal Populations”.

The difference between these two conventions showed an important conceptual advance. Convention 107 aimed to integrate indigenous peoples into the colonisers’ traditional idea of “civilisation”, at the expense of their ancestral indigenous heritage and worldview being rendered invisible and gradually forgotten. Historically, those who colonised always maintained that they were doing a favour to those they dominated, because they were “civilising” them. The assimilationist and paternalistic character of Convention 107 was increasingly criticised until the adoption of Convention 169, which already recognised as a fundamental criterion the awareness of indigenous or tribal identity and the right of these peoples to enjoy human rights and freedoms without hindrance or discrimination.

However, this progress in concepts and legislation has not been matched in practice, generating multiple actions that go in the opposite direction.

Let us put some historical data on the table. A paper by Professor Carlos Enrique Ruiz, from the University of Paraíba, brings a quote that the current president of Brazil, Jair Bolsonaro, made in 1998, when he was a congressman: “The Brazilian cavalry was very incompetent. Competent, yes, it was the American cavalry that decimated their Indians and today they do not have that problem in their country”.

Brazil and the United States were not alone. Indian extermination campaigns took other names in several countries and today are rarely carried out by military action. Cases of slave labour of natives, exchange of indigenous children for a few head of cattle, assassinations of leaders or activists, summary evictions from their lands by armed gangsters in the service of multinational companies, sham purchases and sales of indigenous lands with false titles, and incomprehensible demands by governments to prove that they are ancient inhabitants of the regions where they live are common and growing in number. Large groups of natives parade their misery in the streets of the cities, without attracting the attention of the establishment.

It is worth noting that the historical problem has not been unique to the Americas. When, at the end of the 19th century, the powers had already lost almost all their colonies in the “new world”, they met in Berlin between 1884 and 1885 to divide up the African continent. The aim of the meeting was to avoid problems between these powerful countries. They discussed free trade and ways of entering the continent to better exploit its natural resources. The Belgian King Leopold II was given the territory of the Congo as a gift. His company exploited rubber and the frequent punishment for the natives was to cut off their hands. Peruvian Indians who extracted the same product were similarly punished.

The colonisation of Asia and Oceania was no less bloody.

However, only 22 countries have ratified ILO Convention 169. In Asia and the Pacific only Nepal and Fiji, in Africa only the Central African Republic, in Latin America and the Caribbean only 14 states and in Europe five. These numbers indicate how little importance is given to a human group that represents more than five percent of the world’s population.

Moreover, when some developed country governments talk about trade barriers with countries or regions that do not respect the environment, they do not even mention the persecutions, killings and expulsions of indigenous people from their reservations or territories. They artificially separate the survival of forests from the fate of their natural guardians who live in them.

It is therefore urgent that all countries of the world ratify ILO Convention 169 on Indigenous and Tribal Peoples, as well as other similar international documents, and incorporate their contents into their national and international policies.

Consultation must be prior to the measure on which consultation is sought and consensus must always be sought. The thesis promoted by business sectors that if the indigenous peoples have already been consulted and do not agree, the government is free to do or allow the private sector to do what was rejected by the indigenous communities is unacceptable.

It should be very clear to everyone that the motivations for mandatory and prior consultations are, among others, to put a stop to discretionality and arbitrariness and to begin to repair the inequalities that have been accentuated for centuries as a result of policies of exclusion and/or extermination.

All Latin American and Caribbean states have approved the UN Declaration mentioned at the beginning. In turn, the Inter-American System is, without a doubt, the Regional System that has developed the highest and most stringent standards for the protection of the right to consultation and free, prior and informed consent of indigenous peoples. These situations must be taken advantage of, of course. But at the same time we must involve the societies of developed countries that are mostly the origin of many extractive multinationals whose greed is manifested in the banishment, enslavement and extermination of indigenous peoples and evidence that discrimination and exclusion of these peoples is universal.

Source:  Redacción Argentina:  News from the Pressenza Bureau in Argentina.