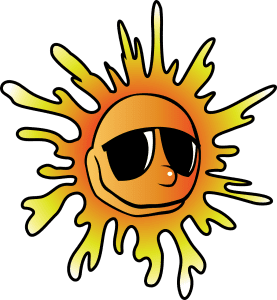 Solar companies are already going bust as a result of the changes, with an estimated 1,000 jobs lost so far. On Friday, a company backed by the billionaire inventor Elon Musk pulled out of the UK, blaming the government for not supporting the technology.

Zep Solar UK, which is owned by SolarCity where the Tesla boss is chairman, was the fourth UK solar business to close in a fortnight. SolarCity blamed cuts to solar subsidies announced by the Department of Energy and Climate Change (DECC) in the summer.

The STA plan would include higher initial tariffs for subsidies to make investing in the technology viable, with reductions set out to allow the government to control costs and give the industry certainty. The plan would ensure that families, farmers, housing associations and community groups could continue to be involved in the move towards low-carbon power and give them more control over their energy, the STA argues.

“Solar is the future and this is recognised the world over,” said Paul Barwell, its chief executive. “We think the British public will find it very hard to understand why government would decimate the nation’s favourite energy source for the sake of just a quid on bills. But we do need government to act quickly now.”

Discover how you or your organization can become a collaborator in creation.

The STA says its plan would allow the solar power industry to become subsidy-free, preserve 15,000 to 20,000 jobs and enable hundreds of thousands more homes to become solar powered.

The government has said it wants to cut subsidies to the industry to relieve costs on the public.

“Our priority is to keep bills as low as possible for hard-working families and businesses, while reducing our emissions in the most cost-effective way,” said a DECC spokesman. “Government subsidies have driven down the cost of renewable technologies significantly and we delivered much higher deployment and more than the promised subsidies to the industry.”

Environmentalists have contrasted the government’s approach to nuclear, pointing out its readiness to guarantee a subsidy price of £92.50 per mWh for 35 years to the French firm EDF to develop Hinkley Point C, a new nuclear plant near Bridgwater in Somerset. The £24.5bn scheme will involve Chinese investors.

A poll of 2,000 adults for Greenpeace showed only 29% backed Hinkley, with 34% opposing. The environmental campaign group said the research carried out by Populus, was a “major embarrassment” for the government before this week’s visit to the UK by China’s president, Xi Jinping.

An announcement is expected during his four-day visit confirming Chinese investment in the new power station. The survey also showed that one in five people believed the role of the chancellor, George Osborne, in driving negotiations with the Chinese had worsened their opinion of him as a potential prime minister.

The government said its initial objective was to reduce a £1.5bn cost overrun in the amount of subsidies being paid to the renewable energy sector by 2020/21 but indicated that more measures would follow to slash costs.

The cost overrun, it said, had been caused by a variety of factors including low power prices and larger than expected investment in solar and other “green energy” projects.

But the planned cuts to subsidies for solar would only net between £40m and £100m by 2020, the equivalent of 50p to £1.20 a year off the average electricity bill, according to government background documents.

How can a Flow Battery smooth irregular wind and solar energy supply?