New Frontier Data, an authority in business intelligence for the cannabis industry, continues to find evidence demonstrating the legal cannabis is one of the fastest growing industries in the U.S., and examines its growth in its upcoming annual report, The Cannabis Industry Annual Report: 2017 Legal Marijuana Outlook. New Frontier Data projects that by 2020 the legal cannabis market will create more than a quarter million jobs for American workers.

“These numbers confirm that cannabis is a major economic driver and job creation engine for the U.S. economy,” said Giadha Aguirre De Carcer, Founder and CEO of New Frontier Data. “While we see a potential drop in total number of U.S. jobs created in 2017, as reported by Kiplinger, as well as an overall expected drop in GDP growth, the cannabis industry continues to be a positive contributing factor to growth at a time of potential decline. We expect the cannabis industry’s growth to be slowed down to some degree in the next 3 to 5 years, however with a projected total market sales to exceed $24 billion by 2025, and the possibility of almost 300,000 jobs by 2020, it remains a positive economic force in the U.S.”

New Frontier’s job projections are based on the initial analysis of the Marijuana Policy Group (MPG) who was hired by Colorado for an economic analysis. Using MPG’s estimates, New Frontier developed a model for the number of jobs created in the adult use and medical sectors of Colorado’s market, including the value of annual market sales supported by each employee in each sector. The estimates for the annual revenue per employee in the first two years of operation were then applied to medical and adult use markets around the country using New Frontier’s sale revenue forecasts for each market. This approach enabled us to account for the differences in jobs created in each state, based on the type of market (medical or adult use) and forecasted growth in the first two years of operation.

“New Frontier assumed that every state would have a medical and adult use market in place and low barriers to entry. This is an optimal view of the market that demonstrates what potential job creation could be if legal cannabis is operating freely and openly,” said DeCarcer.

We are here to collaboratively and collectively unleash the potential of the human spirit. Through evidence-based wisdom, transformative experiences, tools and inspiration, we help people embark on a quest to contribute their absolute best to the world.  To overcome our misunderstandings and accept our errors and learn from them while discovering better ways of working, living and playing during this amazing experience called life.  In the process, we foster a community of curious, brave and collaborative explorers who are determined to live our true potential in balance with the natural world. Please join us in our journey by clicking here.

About New Frontier Data: New Frontier Data provides objective, rigorous and comprehensive analysis and reporting for the nascent and underserved cannabis industry. New Frontier’s data and reports have been cited in over 45 countries around the world to inform industry leaders. New Frontier, the premiere Big Data shop in the sector looks beyond the plant cultivation and distribution, to raise the industry bar and improve visibility into what will inevitably soon be a mature and more complex industry. Founded in 2014, New Frontier is headquartered in Washington, D.C. and an additional office in Denver. 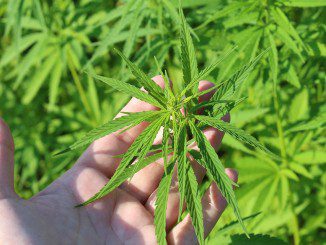 Overcoming the Misconceptions of CBD and Hemp