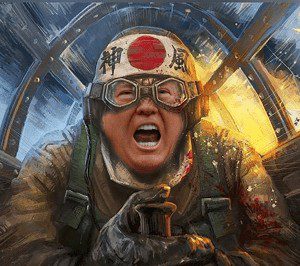 Yesterday’s Presidential debate unfolded to be everything expected and yet far from what was hoped for, both in the extreme.  After the steady flow of Trump revelations earlier this month in the many tell-all books but especially regarding the New York Times tax expose, it seemed that all that remained for Biden to do was mop the floor and clean up the mess.  But from the very first minute it became apparent that neither he, nor the moderator, was prepared for the chaotic battle that ensued.

Described by CNN’s Dana Bash as a “shitshow” any objective observer would have to conclude that there was no clear winner in the debate.  Under the cacophony of insults and interruptions, Biden’s performance was tepid at best, while Trump was simply nothing short of monstrous.  The consensus of the pundits and the instant polling following the broadcast all confirmed that Trump was the loser, a fact brought on solely with or without any help from Biden.

Trump was pumped up and rabid, quite visibly over-eager for his Kamikaze mission as he aimed his nimble dive bomber squarely at the deck of the U.S.S. Biden, experiencing little flak from that lumbering vessel with only the weakest of escorts in the outmatched and exasperated Chris Wallace. What looked like a simple mission to Trump, a vision of that broad, expansive deck just sitting there with nowhere to go, steaming slowly ahead at a few knots, was a colossal miscalculation as he crashed into the sea accomplishing only a suicide.

Ignore The Left… at your own peril!