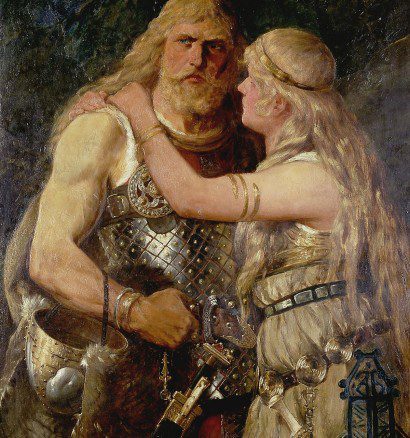 No one said that marriage would be easy.  On the other hand, no one told me just how hard it would be.

Love at first sight, if there is such a thing, easily becomes addictive puppy love.  Back in ancient times, you know the “olden days,” it was the gateway to “going steady,” more or less a form of teen training wheels for understanding what it feels like to be engaged.  But as divorce statistics will bear out, this is a very flawed process for determining a life partner.

It’s widely believed by many that in seeking a mate, one should look for someone with compatible qualities, important similarities and shared interests. In other words, someone like yourself.  In theory such a choice would make mutual decisions more manageable because both parties were aligned, coming from a compatible, if not the same place.

The opposing view is that it is better to form a union with someone who compliments you, possessing those qualities you lack while appreciating yours that differ from theirs.  It’s like two pieces from a jig-saw puzzle that fit together in perfect alignment. Each supports the other to make a whole piece.

So, what guides us when we agree to be “scientifically” matched to a complete stranger through a series of questions and qualifying answers posed on an internet dating site such as eharmony, match, silver singles, OurTime or any of the others?  Do we really know what we are looking for, or is it really much simpler than that?  Are we not just eliminating all those that clearly do not qualify?  For instance, I could never be with a smoker and probably not a conservative Republican either, although Margaret Hoover and John Avlon are doing a remarkable job of it and I admire them both. While these services are not a reliable guarantee of happiness, they do provide an important step in an otherwise imperfect screening process.  After all, most people tend to paint themselves in the most favorable light and a great many are just plain delusional.  How can you really know?  Where do we begin?

The Republican Party is a fickled woman with a history of dating strong dominant types that ultimately abuse and mistreat her. In 2009 she undertook a serious dalliance with the Tea Party.  It may have been love at first sight, but as the Koch brothers poured money into it and it began speaking through the very adept legal mind of Ted Cruz, she was completely swept off her feet and began going steady.  That is, until she saw a better opportunity with a bigger, badder, stronger type, a rich man and a bully, clearly a forceful, dominant type who will do or say anything to win–just what she needed.  After a brief courtship the object of her affections pummeled her every suitor in a mating ritual known best by those who observe the animal world, and the happy couple moved in together and got married.

Ah, but little did they stop to think that they would each bring with them a contingent of stepchildren and unsavory relatives—cousins and in-laws of cousins.

Once the GOP lifted its skirts and began sleeping with Trump, the cuckolded Tea Party became very quiet but never moved out of her house, instead assuming the guise of Trumpism, it moved into the spare room in the basement.

In due time, living together under the same roof proved troubling, for the GOP and the Trumpers. While Cruz was trying to figure out how to get back in favor, with the missus but before he could reclaim his place in the her boudoir, the new man of the house moved a flock of freeloading cousins into their home, aimless ner-do-wells and rabble rousers.  It was not a pretty sight. And, as if that was not enough, the stepchildren were at odds with one another.  His had embraced gang culture  and followed lunatic fringe movements with religious fervor, while hers were nerds, policy wonks not versed in the new rules of the Marquis de Sade style of political tactics.

But rather than divorcing, they tried to make a go of it.

Alas, the ill-tempered bully lost his job, and the couple has been evicted.  And while they are all looking for a new home, they still cannot face a divorce.  Predictably, “it’s for the sake of the children” (or so they tell themselves).

Trouble is that the insecure but happy-go-lucky dominant father-figure has been lying to his kids for years, actually a great many years preceding the marriage, and they want to remain with him.  The submissive Missus comes off looking ever the bitch, complaining about precedent that can never be realized.  Knowing that his kids won’t believe a word of it anyway and having permitted the worst behavior from the cousins and their unsavory friends to continue without consequence, she is unable to get custody and is complacent to trail along in his shadow as a pale skeleton of her former self, surviving on bulimia as her coping strategy.

Perhaps what is needed is an eharmony for politics.

1 Comment on Trumpism and the GOP, an Unholy Marriage