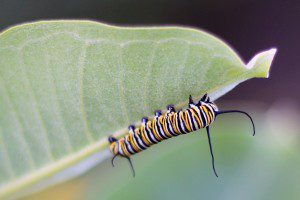 Sometimes, algae can get a little out of control. Gatherings of the commonplace, photosynthesizing organisms can receive an oversupply of nutrients, either from natural processes or from industrial and agricultural chemicals leaking into algae-populated ponds, rivers and lakes. Like a house party announced publically on Facebook, things soon get completely out of hand: the population of the algae dramatically increases, often releasing harmful concentrations of toxins into the aquatic environment and killing off fish, mammals and birds. This overproduction of blue-green algae (cyanobacteria) is known as a harmful algal bloom (HAB).

Lake Erie, one of the Great Lakes in North America, experienced a series of HABs last August. The water system was poisoned to such an extent that half a million people in nearby Toledo, Ohio, went without drinking water for a time. Although most researchers would only see environmental damage in a HAB, a team of scientists – led by environmental engineer Dr Da Deng – took an entirely different approach.

We are an international collaborative media cooperative that believes that we can come together to solve some of the most important problems of our time through open and civil dialogue. We believe in people empowered solutions media is the best way and have created a first class platform to bring it about.  Discover how you or your organization can become a collaborator in creation.

In a series of experiments that would suit a more scientifically-skewed version of The Great British Bake Off, the team baked the algae in argon gas at temperatures of up to 1,000 degrees Celsius (1,832 degrees Fahrenheit). This converted the cyanobacteria into a material known as “hard carbon,” a high-capacity, durable alternative to the standard graphite-form carbon used in most batteries.

This research is currently only proof of the concept’s viability; it has yet to be tested on a larger scale. Nevertheless, this experimental study has already revealed several of its novel benefits: this algal-derived hard carbon is generated rapidly without requiring land or soil, providing a distinct advantage over the slow, resource-heavy formation process using petroleum. In addition, this technique reduces the algal population of an HAB, in effect directly mitigating its environmental damage. This simple heat treatment process of HAB samples can provide an abundance of electrode material for sodium-ion batteries, markedly improving their ability to power their host devices.

Lithium-ion batteries are still the most dominant technology in use, but lithium resources are being rapidly depleted worldwide, and sodium is a far more common – and non-toxic – element. Sodium batteries do take far longer to charge, however, so even though this new technique will provide plenty of high-capacity battery components, it may be some time before you see pieces of transformed algae in your smartphone.

Who’s stepping away from fossil fuels? Divestment in numbers