It is time to transform our disastrous development model 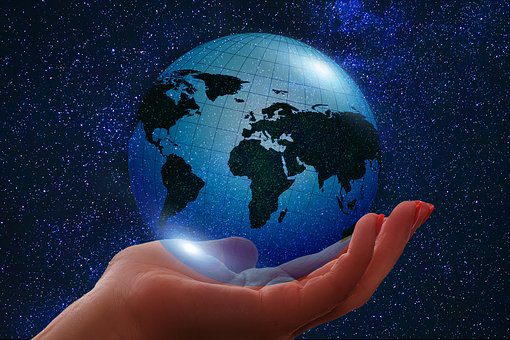 The 2018 Intergovernmental Panel on Climate Change (IPCC) 1.5°C report served as a wake-up call for governments, policy-makers and leaders regarding climate change threats. It tells us that human activities have already delivered approximately 1.0°C of global warming above pre-industrial levels. If this rate of increase continues, global warming is likely to reach 1.5°C between 2030 and 2052, with serious implications.

The report calls for “fundamental societal and systems transitions and transformations” to limit climate change and its consequences that include intensified climate-related disasters and extreme events. The current development model, followed in much of the world by valuing economic and infrastructure gains over environmental health and human livelihoods, clearly requires transformation. Pragmatic, just and sustainable development is necessary for managing climate and disaster risks – as long as it targets the underlying causes of these threats: mounting inequalities, persistent poverty, unbridled exploitation of natural resources and rampant urban development.

This thinking is not new. Every IPCC Report and every UN Global Assessment Report on Disaster Risk Reduction (GAR) call for new framings and approaches. The 2015 GAR states “Development cannot be protected from itself, and until development itself is transformed, disaster risk will continue to increase.” Policymakers are also starting to shift their thinking, for example by ensuring that the Sendai Framework for Disaster Risk Reduction 2015-2030 reflected this “risk-centred” approach.

Until recently, the call for transformation by-and-large remained the provenance of scientists and other researchers. Today, however, opinions in the public arena are reorganizing into actions. Communities and individuals are speaking, and acting, like never before. The BBC has reported that in 2019 climate change is higher on people’s agendas in the UK than at any other time since the adoption of the Paris agreement in 2015. A student from Sweden, Greta Thunberg, has gone from lone climate protestor to global climate influencer in a less than a year. The Extinction Rebellion – established in the UK and described as “a rebellion against the political, economic and social structure of the modern world in time to avert the worst devastation outlined by scientists studying climate change” – has gained ground in developed and developing countries alike. Moved by a key demand of Extinction Rebellion, the UK Parliament declared a climate change emergency on May Day. The Green New Deal, a proposed programme to fight climate change and stimulate prosperity in the US, has quickly spread throughout the body politic and local communities.

This momentum presents an opportunity to maximize public awareness and interest at 2019’s Global Platform for Disaster Risk Reduction (DRR). The biennial event reviews progress, shares knowledge, and discusses the latest developments and trends in building resilience and reducing disaster risk. This UN-sponsored Platform should recognize these strident public concerns by ensuring that the forces linking climate change, disasters, development and economic growth are clearly explained and understandable not only to researchers, but to all of society, so more can be done within the time we have.

This year’s Global Platform agenda looks at the economics of DRR, national DRR strategies and climate change action plans undertaken by community groups, governments and companies. While these themes are certainly necessary, the Platform should build on the groundswell of public action to ensure that development transformations are thoroughly inclusive. These transformations must not be relegated to discussion points in offices and boardrooms, but must be realized on the ground, where climate change repercussions are most acute, and most devastating. Planned sessions on investing in local action and empowering those most at risk, as well as women’s leadership in DRR, are a start. Actual progress requires leaders and scientists assembled in Geneva to focus on incorporating the energized public sector, ensuring that those on the ground – who bear the brunt of climate-related loss and damages – can inform the transformation process. These communities on the frontlines are experts by way of experience and can make valuable contributions to the continuing transformation debate.

A look at 2019 disasters drives home this point. The recent cyclones in Mozambique, for example, show that more and more people are in the path of disasters with little or no protection. Climate change will only intensify the damage of these devastating events. Days after the IPCC 1.5°C report was released, at the Forum on Transforming Development and Disaster Risk in Asia, Professor Mark Pelling of King’s College London, summed up the message from the IPCC in his keynote address, “We will be transformed by climate change unless we choose to transform ourselves.” The time to include all voices in transforming our current development model is long overdue. It is the only way we can ensure that future generations have a fighting chance against the threat of climate change devastating life on earth beyond repair.

Can this Report from 1980 Provide a Roadmap for a Sustainable Future?