Towards a "Damascus" Society 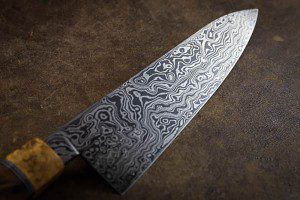 Few political dog-whistles are as effective as invoking the word “socialism”  to smear political opponents. The mere mention crowns it with an exalted status as the premier gateway to communism.  However,  I suspect that more capitalists have become criminals than socialist societies have become communist.  Nevertheless, socialism is looming as the unqualified evil boogeyman of American political discourse.

Conversely, contrarians might say that capitalism is the seed of our societal and political problems. After all, it’s said that “money is the root of all evil.”  No one can deny that unchecked capitalism breeds greed, and greed breeds corruption, and corruption is the incubator of criminal behavior. Ah but no, common sense tells us that all societies, not just capitalist ones,  have criminals.  Common sense also tells us that we are dependent on each other to fulfill our most basic needs. Sorry folks, that’s socialism.

In our society it’s accepted that profits are privatized and losses are socialized. Think about that. You and I accept paying for all the bad decisions made by government and businesses seeking to cut corners.  The total yearly cost of all natural disasters in the United States far exceeds the deferred cost required for prevention.  At the root is climate change and climate deniers.  If we so deplore socialism, we need to change this would-be equation at the front end, not mop up after it.

Take for example the energy disaster in Texas.  Privateer capitalists managed the energy grid in such a way as to maximize short term profits by minimizing maintenance and eliminating contingency planning.  When failure overwhelmed the state, the Federal Government, the one so despised that Texas would have nothing to do with all its “Big Government” regulations, steps in with disaster relief to ameliorate the problem as best it can for the moment.  Additionally, other socially conscious organizations hasten to the rescue, mounting campaigns for donations to supply shivering Texans with food and water.  I doubt any Texans will be complaining about socialism as they take their handouts back to their water-soaked homes.

Just as we need a viable two party system, we also need a co-mingling of solutions born of different political philosophies, like capitalism and socialism. 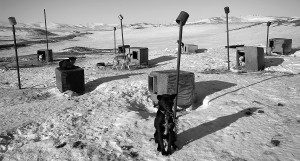 A few years back I filmed the Iditarod race in Alaska and had the opportunity to interview the mushers and get an inside look at their dog teams.  I was surprised to learn that most teams were not the prototypical Huskies that we all imagine, but rather very ordinary short-haired mutts. Apparently the mixing of breeds imparts a quality of strength and resilience, creating the best dogs to undertake the grueling race in below zero weather. Also consider this… Damascus steel, prized for its strength is used in the creation of the very best knife blades.  It consists of multiple layers of iron and steel folded into one another.  It’s very costly but worth it.  Take a look at sterling silver.  It’s an amalgam of 92,5% fine silver and 7.5% other metals, usually copper, increasing its malleability and resilience, thereby minimizing scratching.  And of course, the greatest example of this type of blending practice is the one we are living—America, the melting pot. It remains the core of our belief in America as a great nation. I could go on and on with other examples, but suffice it to say we need to embrace each other for the strengths we bring to a functioning and cooperative society.  We need be a Damascus society.

Get Mobilized and Make Love Go Viral!
Related Topics:capitalismsocialismTexas
Up Next

Deep In The Heart of Texas