Help your Community, help yourself.

From a Woman’s Point of View: The Electability of Women and More 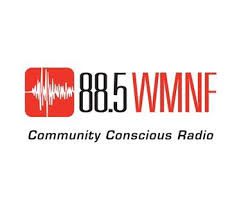 From a Woman’s Point of View is broadcast live every Thursday at 10 a.m. from WMNF-in Tampa, Florida. The show is hosted by Arlene Englehardt and Mary Glenney who are proud founding members of Mobilized.

In this program, they converse with Arnie Arnesen on a range of topics from The Coronavirus, Bernie, Biden as well as Julie Kohler from the Women’s National Law Center on electability of women.

Good shoes, a good hat, and a fierce attitude.

Mobilized has challenged its writers to come up with some Top Ten lists that are actually useful, not just silly listicles of funny stuff.  There is a time and place for those, but this site aims a bit higher.  So, here’s my second attempt.

Ok, another assignment that is a mouthful.  Can we simplify it?  Oh sure.  New title: Who Cares? Top Ten Ways To Kick Butt.  Because the publisher is correct: lots of folks agree with folks in the streets, but feel they have too much to lose or that their voice isn’t important.  It is; and here are ways to help use it.

10.  Read this book!  “What do you care about what other people think”, by Richard Feynman.  Yes, the scientist who worked on the Bomb during WWII.  Same guy who single-handedly figured out what had gone wrong with the space shuttle Challenger.  He did these, and succeeded at so many other things, because he never ever gave a flying f*** about how other folks would perceive him.  When he experimented with a 25 hour day for months, it certainly confused his superior officers, co-workers and wife, but none of their protestations slowed him down.  That sense of tenacity proved useful decades later when he used it to look beyond what the Brass was saying and got into the trenches with the engineers who had warned about O-rings and such in advance.  And his findings changed NASA for the better.

9.  Read this book, too.  “The Monkeywrench Gang”, by Edward Abbey.  Might as well learn about what would turn a bunch of free-love hippies into serious activists, from the source.  You may then find parallels to your town, your issues, and get insight into how to overcome them.

8.  Steal this book.  No, really, “Steal this book”, by Abbie Hoffman.  A heart-warming story of flooding the pentagon by flushing all the toilets; and other hijinks.  We do not need to re-invent the wheel, when so many good folks have come before us and set examples of what to do, and not to, for success.

7.  What is this, a library?  Well, fine, you’re too busy to read all day.  No problem.  Try to focus on the advantages of getting past your concerns.  Such as this: Protests are fun.  Honestly.  Sure, they can and do end with tear gas, running, and broken stuff.  But those outcomes are actually really rare.  They only seem that way because the TeeVee news loves to show that stuff.  Far more marches or pickets are just folks getting together, singing, and finding strength in numbers.  The vast majority never even get on the news, so in those cases it is as if they hadn’t happened.  But meeting new friends, and learning that you are not alone – that part has real value and lasts.

6.  Winning is addictive.  Not every march ends with clear victories.  Some drag on for weeks or months, some are violently shut down.  But by and large, the forces being protested are A} not at all used to being in the spotlight seen as ‘a bad guy’; and B} super motivated to get out of the spotlight.  So, they often agree to the demands of the people.  (See my essay called ‘notes on a cup of coffee’ for a good example.)  And when they do agree, each and every one of us in the crowd feels just like Luke and Leia after the Death Star went boom.  It makes it that much easier to get out on the picket line next time the need arises.

5. Losing is learning.  For sure, not every cause that I’ve marched for has been won.  But over time one learns what tactics work, as well as when and why they do.  And so it is that after 20+ years of protests in America, things are finally moving in a progressive direction again.  People are using better strategies now than even 5 or 10 years ago, and building real movements that last beyond a 1 day march.  You can do this too, and you can start anywhere.

4. Minds can be changed.  Your actions do count, and often have effects that you do not see right away.  When Occupy Oakland began, for example, most folks in the city just thought it was hobos camping in front of city hall.  But Occupy rapidly built it’s own library right at the camp, and also did daily outreach to passers-by.  Word spread immediately that this was something different.  And then folks began donating to them – radios, rain gear, spare tents, etc… a movement was born almost overnight, and all it took was talking and listening.

3.  Your opponent today might become your ally tomorrow.  You just don’t know!  All of recorded history carries examples of people who listened, and learned, and changed course.  There is a saying I love, attributed to Margaret Mead; “First they ignore you, then they mock you, then they fight you, then you win!”  If your cause has integrity, and you can stay on message while others come at you, then you are likely to win over the folks ‘on the fence’ and sometimes even your fiercest critics.

2.  In the long run, what you do matters either way.  Look to the folks protesting in Hong Kong right now: they are fighting for ‘Democracy’ against withering odds.  They fully expect to lose.  They have nearly Zero hope of beating the Chinese rulers, yet they protest anyway; and their numbers are growing as the months play out.  Ask them why and they will tell you – they are doing it for the history books.  They are largely angry that their parents generation stood silent and allowed the situation to get as bad as it is, and feel they have no choice but to be heard now.   Fighting for a cause can be ennobling wether it’s a lost cause or one that can be won.

1.  You matter!  “In the time of your life, live—so that in that good time there shall be no ugliness or death for yourself or for any life your life touches.” – William Saroyan.  In all of time, there has never been You before today.  In this age, there are many steps that can be done to help each other, and almost all of them merely need folks to rise up and accept the challenges.  We built this land by rising to challenges, and there is every reason to believe that we can do so again to better our home.  The first step begins with a choice, deep within yourself.  Choose to be an activist, know that the rewards outweigh the drawbacks.  Choose to be heard.  Your voice matters.

By Mary Glenney and Arlene Englehart, Co-Producers of  “From a Womans Point of View” on WMNF-FM, Tampa

Walk or bicycle whenever you can. Fight for better and more efficient public transportation.

When brushing your teeth or washing your face, turn the tap off except when rinsing.

If you are a to someone who needs them.

Be aware of the Institute for Biomimicry and the ways nature works to heal itself.

Check your personal of 30% reduction.

If you say you love your grandchildren, you must take responsibility for what we have done to the environment. We are the ones that have to fix it.

Plant a tree and get your neighborhood involved in tree planting.

Be aware of potable water in your community and fight to protect it.

We must work on collective items:

Canada must eliminate tar sands and natural gas. Trudeau sees it as a major source of Canada’s economy.