This week in water, infrastructure, solutions..... 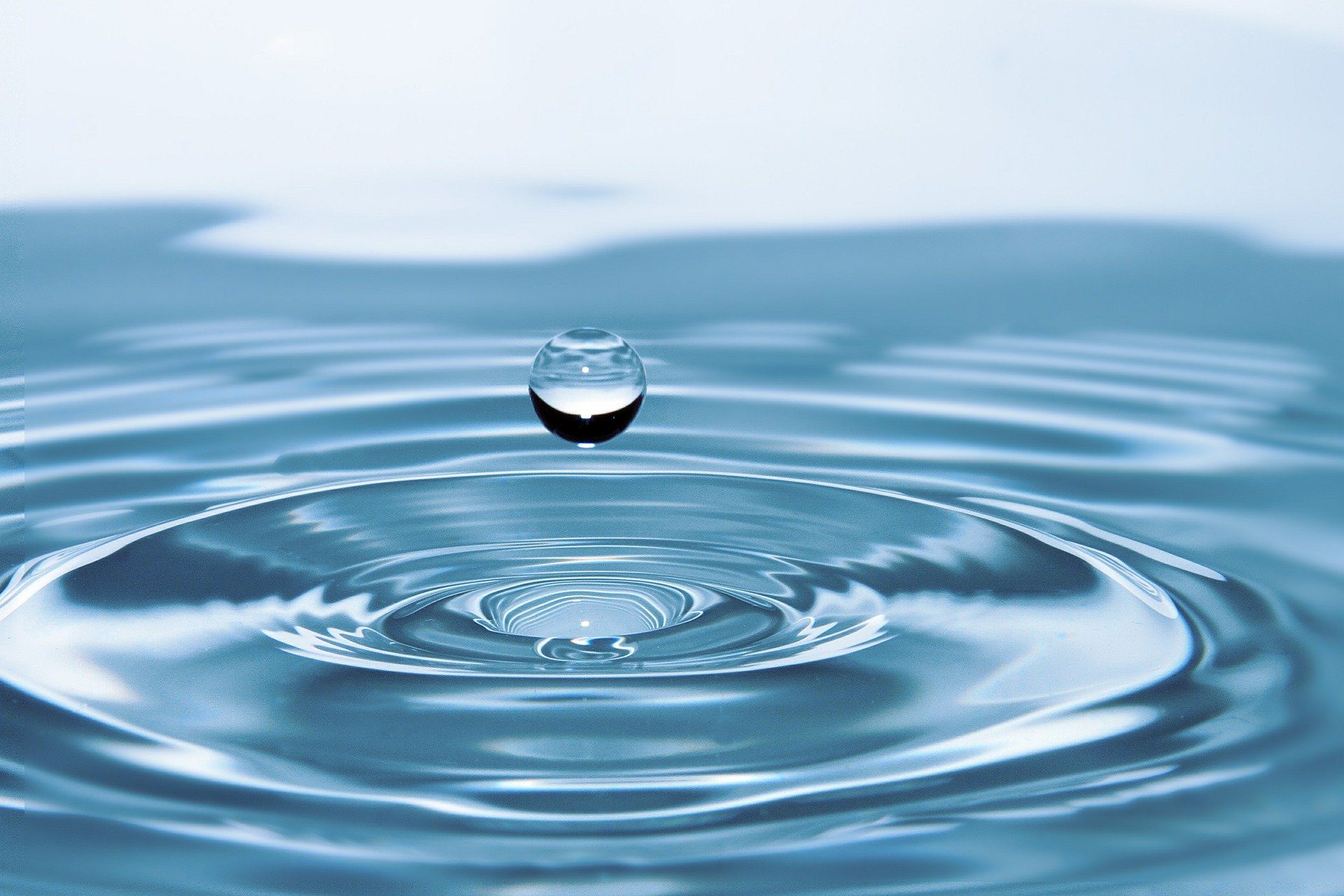 This Week in Water™ delivers global water headlines every Sunday and is heard on community and public radio stations nationwide.

Houston, We Have an Infrastructure Problem

Parts of the fourth largest city in the U.S. were brought to a standstill last week as hundreds of schools, restaurants, universities, and even the zoo were closed. The chaos in Houston, Texas, wasn’t caused by a major storm or a virus but rather by a massive water pipe break that led to a system-wide boil notice.

Water is slowly draining from the freeway after a water main break east of the location flooded all lanes, closing the freeway in both directions, Thursday, Feb. 27, 2020, at the intersection of 610 and Clinton Drive in east Houston. Businesses and schools shut down Thursday after a main line from a plant that supplies water to about half of Houston burst open, submerging vehicles on a flooded freeway and prompting emergency officials to deploy tanker trucks to mitigate any fire hazards. | Photo: Mark Mulligan/Houston Chronicle via APThe Houston pipe, about 8 feet in diameter, was disrupted by a contractor on Thursday. The main line carries nearly 50 percent of the drinking water in the city. The leaking water flooded some areas of a highway so deep that drivers had to be rescued from their vehicles.

The effects of the broken water main bring attention to a nation facing an aging infrastructure. The Houston Chronicle reports the pipe was installed 35 years ago and broke open just before noon, when a contractor began digging to repair a gradual leak. Mayor Sylvester Turner pointed to “aging infrastructure” as the primary cause of the breach. He said it was an example of the need for infrastructure improvements not just in Houston but across the board.

About two weeks ago, the American Society of Civil Engineers released a report warning that the U.S. is underinvesting in water infrastructure, among other systems, and said that every day there are 850 water main breaks in North America, nearly a 30 percent increase over the past six years.

The Houston rupture lowered water pressure in areas throughout the city, leading its health department to order restaurants without water to cease operations immediately. The lack of water was a problem at hospitals and forced the closing of some pediatric facilities. After two days, Houston residents were told they no longer needed to boil their water as pressure in the system was restored.

An investigation is warning that, if plans to drill for oil in Africa’s Congo Basin move forward, the world’s largest tropical peatlands could be destroyed with possible global impacts. The Guardian reports that Congo Basin peatlands were discovered about five years ago and found to cover an area larger than England. The swamps provide shelter for endangered species including lowland gorillas and forest elephants.

Photo: Daniel Beltrá / GreenpeaceNow, Global Witness, a human rights and environmental organization, says this jungle is the latest frontier for oil exploration. In addition to the potential environmental damage on a regional scale, the peatlands contain billions of tons of carbon dioxide—roughly the same amount as Japan emits annually—which could be released if the area is drained and drilled.

An earlier paper published in the journal Nature estimated the peatlands sequester the equivalent of three years of global fossil fuel emissions, making this area of Africa one of the greatest carbon sinks on the planet. According to scientists, preserving the Congo’s Cuvette Centrale peatlands, is absolutely essential if there is any hope of meeting the Paris climate agreement goals.

Global Witness explains that the proposed drilling project is being led by a Congolese oil baron. An environmental impact study was done almost entirely before the recent discovery of the peatlands and contains no analysis of the risk from drilling.

One of the investigators from Global Witness said that the vast amounts of carbon stored in the peatlands means they are of global importance in the fight against climate change, and it is one of the last places on Earth where extracting more fossil fuels should be considered.

Large-scale ocean currents of circulating water, or gyres, appear to be moving closer to the Earth’s two poles, which could have consequences for sea level rise and marine ecosystems. A recent study, conducted by scientists in Germany and China, finds major ocean gyres have been steadily creeping toward the poles by about a half-mile each year since the 1980s.

Schematic diagram of the major wind-driven ocean circulation (black arrows) and their movement (white arrows) under global warming | Credit: Hu Yang, Alfred Wegener Institute, Helmholtz Centre for Polar and Marine ResearchThere are eight major ocean gyres, three in the Atlantic, three in the Pacific, and one each in the Indian and Antarctic Oceans. Parts of these currents have regional names, such as the Gulf Stream off the east coast of the U.S. E & E News reports that as the gyres move they can alter marine ecosystems and fisheries and influence weather patterns.

The study suggests that the migrating gyres may already be linked to changes in the movement of hurricanes and atmospheric currents like the jet stream. Sea levels are at higher-than-average levels in middle latitudes like the U.S. East Coast, and has largely been explained by regional warming patterns. And this study suggests the movement of ocean gyres may also play a role.

The exact causes of the migration of the gyres are difficult to pin down, but climate change is at least partly to blame. Ocean gyres are primarily driven by strong winds blowing over the surface of the sea, and some of these wind patterns have also shifted toward the poles in recent years. As the atmosphere warms, it can affect the circulation of air around the globe.

Coca-Cola and Pepsi are being sued for lying about their products’ recyclability and for clogging up the oceans with millions of tons of waste. Earth Island Institute filed the suit in California last week claiming that those two companies and others including Nestlé knowingly polluted the oceans while misleading the public.

According to Vice News the complaint against the companies says they have fundamentally misled the public by promoting recycling as the solution to plastics pollution because so little plastic actually gets recycled. The lawsuit notes that 8 to 20 million tons of plastic end up in the world’s oceans every year—and that much of it can be traced back to these few companies. Earth Island says the average person ingests about 5 grams of plastic each week, roughly an amount the size of a credit card.

The suit seeks to stop the companies from putting more plastics into the economy and to end their deceptive labeling. In addition, the suit says the companies should be forced to clean up the mess they’ve made. The case is believed to be the first of its kind and follows a rising public outcry about plastics pollution—especially in the oceans. It also comes after initiatives by state and federal lawmakers to force companies to take ownership of the material they use to package their products.

While the companies have said they are willing to explore alternatives to plastic, they also emphasize that the pollution problem could be solved by improvements to recycling. However, recent research shows that only about 10 percent of plastic is reprocessed into new products with the rest being discarded and much of it ending up in the oceans.

The Svalbard Global Seed Vault is located far above the Arctic Circle in Norway. It’s the world’s largest backup of seeds and was designed to protect crop diversity—and safeguard plants in the event of global catastrophe like nuclear war, pandemic, or natural disaster. Dubbed the “doomsday” vault when it was built in 2008, the bank is also seen as a way to conserve endangered plants. Experts say we get about 60 percent of our calories from three main crops—corn, wheat, and rice—all of which could be vulnerable if climate change causes harvests to fail, according to U.S. News.

Last week the vault got a big deposit. In a ceremony attended by Norway’s prime minister, seeds from 35 gene banks from seven continents arrived, bringing the total number of preserved seed samples to over a million.

One of those depositors was the Cherokee Nation—the first U.S. indigenous tribe to place seeds in the vault. Forbes reports that the Cherokee Nation’s Office of Natural Resources collected nine samples of heirloom crop seeds to send to the bank, including Cherokee White Eagle Corn, the tribe’s most sacred corn, which is used in important cultural activities. All nine Cherokee crop varieties sent to Svalbard predate European colonization.

Pat Gwin, director of environmental resources for the Cherokee Nation, told NPR last year that the only thing predictable about the weather in their part of Oklahoma is its unpredictability. They live in Tornado Alley, and the area is also prone to weather extremes, ranging from severe drought to floods, which could wipe out their community seed banks. The vault will also preserve Cherokee culture. Principal Chief Chuck Hoskin, Jr., said in a news release that generations from now the seeds will still hold Cherokee history and there will always be a part of the Cherokee Nation in the world.

Project Censored: How can the world move toward a low-emissions economy

The Platform for People and Planet