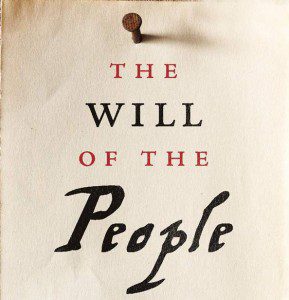 “With charity for none and malice for all.”

Those would have to be the words Abraham Lincoln would use, revising his timeless 2nd inaugural speech to describe what has become of the Republican party he helped to establish.

The will of the people, that’s what the VOTE is.  The more people that vote, the more participation exists in a democracy and as a result, the outcome more accurately reflects the will of the people.  It’s elementary and there’s ample evidence that Republican politicians understand that fully.

The one true utterance to flow from the foul mouth of Donald Trump is this: “Republicans would never be elected if it was easier to vote.” Oops, as they say… “from the mouth of babes.”

In fact, as far back as 1980 Paul Weyrich, an influential conservative Republican, observed, “I don’t want everybody to vote. As a matter of fact, our leverage in the elections quite candidly goes up as the voting populace goes down.” Justin Clark, a top Trump election adviser knew this, quoted admitting  to influential Republicans in Wisconsin that the party has “traditionally” relied on voter suppression to compete in battleground states.  ‘Nuff said.

Intent is actually so easy to establish. Democratic legislation, such as Hr1 protects voting rights and makes it easier to vote.  Just read it.  Republicans on the other hand are obsessed with “election security” a thinly veiled “1984-speak” describing their numerous offerings, over 200 newly-proposed laws by Republican controlled state legislatures restricting voting rights in their home states.  Here’s a riddle for you.  What does bottled water have to do with election security?  The obvious answer is nothing, but to Republican politicians in Georgia, it is everything.   They have proposed to make it illegal to hand bottled water to voters waiting in long lines at the polls to vote.  Now you have to ask, “just what kind of monster would deny voting American citizens water?”  Georgia Republicans, obviously.

What’s so amazing about the time we live in is that even in our wildest imagination could any of us have guessed that it would get any worse, expecting that we had seen it all and there were no dark surprises remaining. But alas, not to be.  After January 6th it seemed we had bottomed out, but let’s not be fooled.  It’s just the set-up for chapter two.

If Republicans support free and fair elections, then why is it that in Oklahoma and Arizona pending GOP legislation would allow the state to cut voters out of the process entirely and allow their state legislature to appoint the electors? Is this the Republican version of a Democracy with ultimate election security?  “Leave it to us to tell you what you want.”

I think Republican politicians have watched too many reruns of “Father Knows Best,” which we may never see again given its patriarchal bent, but I am quite sure exists in a secret Republican underground cave used to store such national treasures, that they might gain ancient knowledge from the “wise ones” regarding the family values they lost sight of so very long ago.

So I’ll leave you with what might be the very last intelligent words of a certified Republican. I doubt that any of these fools have read it recently, lest a wave of shame overcome them.

“With malice toward none; with charity for all; with firmness in the right, as God gives us to see the right, let us strive on to finish the work we are in; to bind up the nation’s wounds; to care for him who shall have borne the battle, and for his widow, and his orphan—to do all which may achieve and cherish a just, and a lasting peace, among ourselves, and with all nations.” 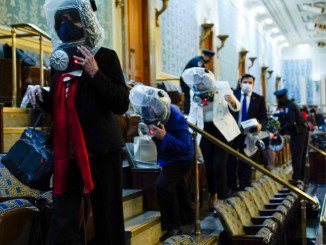 Everyone has a plan