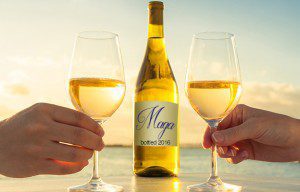 A lot has been made lately of the freshmen Congresswomen who do not follow the implied format of traditional political correctness.  Rather, these outspoken women were of the belief that they could speak freely as an expression of their personal opinion, reflecting the positions that got them elected in the first place. (You see where I’m going here.  It’s the same argument the Right uses to validate Trump’s behavior.)

First, there was Congresswoman Rashida Tlaib calling Trump a “motherfucker.” I think we all know what she meant by that.  It was an expression of the deepest contempt for a man she views as a corrupt and an existential danger to democracy. Now had she said, Donald Trump is a “deeply disturbing, morally bankrupt individual” instead of a “motherfucker,” would she have fully expressed her contempt for him as a person. Doubtful.  It was the right choice of vocabulary.  “Motherfucker” is not a literal expression, a moniker defining a sexual nature.  It does not mean that Donald J. Trump fucks mothers, although in time we may find that to be so, all the while knowing of course, he prefers playmates and porn stars for his marital infidelities.  So, the ever-ready right, salivating at the crack in the door, pushes in with all its attack dogs to savage Ms. Tlaib. Plain talk, that’s what they called it when Trump was campaigning. Finally they could elect someone who spoke like them, direct and unapologetic.  As Trump savaged his opponents, the press, minorities, federal judges, a disabled journalist, the Pope, a war hero, Gold star families and on and on, they were silent while jumping for joy at his audacity and unfiltered directness. How can they cry “foul” when it’s turned back on them?

Then came Congresswoman Omar, who was so bold as to say that Congress was influenced by the lobbying group AIPAC and money that pours into congressional campaign coffers that ultimately buys influence. Everybody knows that money buys influence.  Everybody understands how lobbying works.  What’s wrong here is that she thought it was OK to talk openly about it, not understanding that even the Democratic party has sacred cows, that cannot tolerate a whisper, yet alone a dissenting opinion.  No, they had to succumb to pressure and force Omar to become a full-fledged member of the party or be out on a limb of her own making.  Review her statements and you will see that there is nothing anti-Semetic about them. She is not against Jews, the Jewish religion or the Jewish culture, but she is against the way influence is peddled in Congress in this case to favor a foreign government who happens to control a small territory that is largely populated with Jews. There can be no greater evidence that money buys influence than the recent action of the House to pass a resolution to decry anti-Semitism and bigotry, as if that was needed.  Are the members of Congress living so far in the past that a MAGA hat is longer required for membership and it must be legislated that hateful bigotry of any kind is inappropriate in order to maintain a semblance of their right to rule?

Apparently, not so for Trump, who praises murderous foreign dictators while attacking American institutions, who separates and cages children of color from asylum-seeking parents all without adequate accountancy, who publicly maintains that Neo Nazis and the KKK, white supremacists all, have many fine people, and who call third world emerging nations “Shitholes.” Where have these same conservative voices been the past two years?  What is it that they want?

Perhaps, the Religious Right can tell us.  They have been on a quest for many years to abolish abortion and they have found a willing partnership with conservative Republicans who welcomed their financial support and the overwhelming numbers in their voter rolls.  From their legislative efforts, it is apparent that the GOP are beholding to two basic groups, the extremely wealthy and Christian fundamentalists.  After that, nothing much else seems to matter because the focus of their efforts is to defeat Democrats and enrich themselves and their friends personally at our expense.

It a magic trick of sorts.  Like all good magic tricks it depends on “the Diversion.” In this case the diversion is the “White Whine,” a groundswell of ignorance. A cavalcade of lemmings all echoing simplistic complaints, falsehoods gussied up to appear as significant violations of human dignity, while the Trump family and administration supports dictators like Putin who has murdered journalist dissenters on foreign soil, Kim Jung Un who did the same to his brother, Mohammed Bin Salman who murdered Washington Post journalist Khashoggi and Philippine President Duterte in his brutal crackdown on drug offenders in his country, heaping praise or expressing sympathetic “objectivity,” while attacking our own media as liars who propagate “fake news.”

These are the symptomatic expressions of the “White Whine” who will rally behind the symbolic act of a smiling political pervert hugging the American flag while condemning respectful political dissent by kneeling athletes at televised events.

The Shaping of ‘Merica