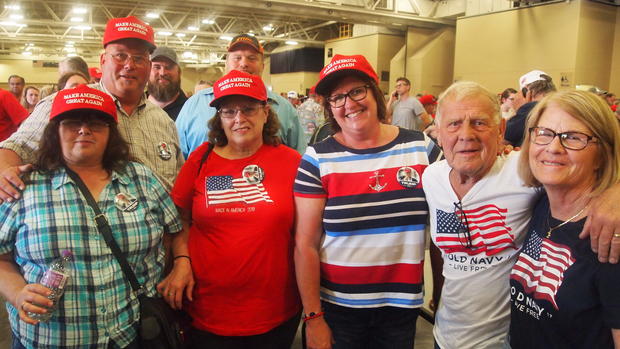 When I was a young man in college, I remember sitting down to a holiday dinner with my family at my grandparent’s home.  As was the custom in our family, like many Italian families of the day, there was no topic that was off limits for discussion at such mealtime events, including politics and religion. This was during the presidency of JFK and my father was commenting on the role of the President in our democracy and my father’s words have stuck with me for all these years. He believed that the chief role of the President was to inspire and unite all Americans to move in the direction best for the country. This is true leadership. The President doesn’t make legislation, enforce laws or judge and resolve constitutional issues. He inspires and works through others, that we may “do the right thing.” Therefore, he must be someone we feel good about and will gladly follow.

Perhaps that is why we seem to elect recognizable heroes, both fictional and real. Dwight Eisenhower and John Kennedy are examples of very real heroes.  Ronald Reagan was, on the other hand, a movie star cowboy hero, a fictional hero.  We elected these men because we were willing to follow them, believing them to be the heroes we saw in the news and on the big screen. Larger than life figures, capable of leadership…  and they were, each in their different way. But with each passing decade, as we moved from movies to TV, we moved from fictional narratives to “reality” television and a new kind of “hero” was born, a truly fake hero. As anyone who has ever worked in reality TV will tell you, there is nothing real about this genre.  It is entirely fake, contrived for consumption.  It is the great irony of our times that the architect of a fake TV reality show could have us believe a fabricated political “reality”, one created for our consumption, while denouncing real events covered truthfully in the media as being fake news.

So much is being said today about the rights of our current President, that is, whether or not the actions that the President takes are within the rights granted him by the constitution, that we must ask ourselves “does this make him right?” Is it not more important that he be right than to justify his rights?   As Donald Trump consistently and repeatedly breaks with all tradition regarding the actions of past Presidents in using his presidential powers, he pulls our nation farther and farther from the traditions that made America great in the first place, far away from ever becoming “great again.”  How can we be as great as our past if we deny its rightful greatness, disrespecting the honorable traditions that have worked for centuries? Having rights and being right are two distinctly different things.  Not so for Amy Kremer, co-chair of Women for Trump, who appeared yesterday on CNN to deflect criticism of Trump’s decision to remove the security clearance for John Brennan. She was opposed in her views by a Democratic pundit and the CNN moderator and of course the 60 other principal intelligence dissenters, and military officers, Republican politicians being conspicuously absent.  In response, Kremer claimed that all three were entitled to their opinion and that nobody was right or wrong, as if all opinions have equal value, facts be damned.  This is the kind of gobbledygook that the “30%” thrives on. It’s meaningless drivel that greases the dark hole in their soul that allows them to rant racial nonsense at day and sleep like a baby at night under the blanket of religious-right morality, the same morality that decries sexual freedoms and supports a self-proclaimed pussy-grabbing, porn-star philandering bully. I suspect that if we were to poll reality TV audiences and Republican voters, we would find that they are one and the same.  Our nation is not so divided left and right as cable and non-cable, symptomatic of an economic division, explaining the popularity of Fox News (the non-cable Goliath) among the “30%,”believers in both Fox News and Reality TV, the mainstay of non-cable programming. Can this be the dumbing down of America that logic and reason carries a 30% handicap?

It’s a popular refrain that you will hear echoed by either side of a political issue or argument, but what does it mean?  Let’s […]

Yesterday President Trump called Vladimir Putin to congratulate him on his election victory.  In view of the many issues swirling around Russia’s malevolent practices […]

The media this past week was all-a-titter as to whether Donald Trump would confront Putin about the Russia meddling in election hacking. The smart […]

News without the Noise

“What we now want is closer contact and better understanding between individuals and communities all over the earth, and the elimination of egoism and pride which is always prone to plunge the world into primeval barbarism and strife… Peace can only come as a natural consequence of universal enlightenment.” –Nikola Tesla

Translate »
Manage Cookie Consent
To provide the best experiences, we use technologies like cookies to store and/or access device information. Consenting to these technologies will allow us to process data such as browsing behavior or unique IDs on this site. Not consenting or withdrawing consent, may adversely affect certain features and functions.
Manage options Manage services Manage vendors Read more about these purposes
View preferences
{title} {title} {title}
Go to mobile version
Skip to toolbar