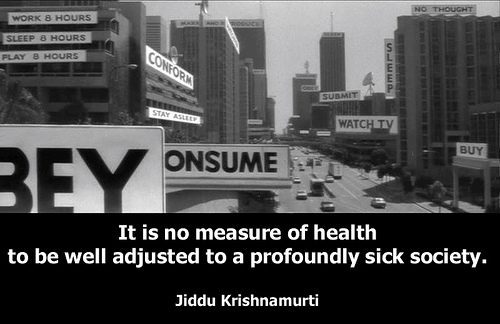 But does online advertising work for consumers? The Internet was once considered a less commercial medium. But today consumers are inundated with targeted ads, reviews, comments, friends’ reactions, and other digital data.  Unfortunately for advertisers, consumers are not intentionally clicking on online ads in big numbers.

Google’s search ads tackle people when they search for a product or service. A controlled study by eBay research labs in 2014 concluded that Google was greatly exaggerating the effectiveness of such ads—at least those bought by eBay. eBay’s researchers concluded that “More frequent users whose purchasing behavior is not influenced by ads account for most of the advertising expenses, resulting in average returns that are negative.” This is the “I-was-gonna-buy-it-anyway problem,” says an article in the Atlantic.

Whether all advertising—online and off—is losing its persuasive punch…Think about how much you can learn about products today before seeing an ad. Comments, user reviews, friends’ opinions, price-comparison tools…they’re much more powerful than advertising because we consider them information rather than marketing. The difference is enormous: We seek information, so we’re more likely to trust it; marketing seeks us, so we’re more likely to distrust it.

Some companies like Coca-Cola have cooled on using online advertising. But advertising revenues keep growing for Google, Facebook, and the other giants of the Internet. These companies are racing to innovate, connecting ads to more tailored audiences, which tantalize and keeps hope springing eternal for the advertisers. The Internet ad sellers also provide detailed data to advertise themselves to the advertisers staying one step ahead of growing skepticism. This is especially a problem when there is inadequate government regulation of deceptive advertising. It is the Wild West! Online advertising revenues are the Achilles’ heel of these big Internet companies. Any decline will deflate them immensely; more than public and Congressional criticism of their intrusiveness, their massive allowed fakeries, their broken promises to reform, and their openings to unsavory political and commercial users. If they lose advertising revenue, a major revenue bubble will burst and there goes their business model, along with their funding for ventures from video hosting to global mapping.

After reviewing the many major negatives attributed to the Internet, the New York Times’ Farhad Manjoo writes, “So who is the central villain in this story, the driving force behind much of the chaos and disrepute online?… It’s the advertising business, stupid.” He adds, perhaps optimistically, “If you want to fix much of what ails the internet right now, the ad business would be the perfect perp to handcuff and restrain.”

Randall Rothenberg, who heads a trade association of companies in the digital ad business, urges advertisers “to take civic responsibility for our effect on the world.” Then he shows his frustration by saying that, “Technology has largely been outpacing the ability of individual companies to understand what is actually going on.”  All of this even before artificial intelligence (AI) takes root. Meanwhile, Facebook, Google, and Twitter keep announcing new tools to make their ads “safe and civil” (Facebook), open and protective of privacy. At the same time matters keep getting worse for consumers. The backers and abusers keep getting more skilled too (see Youtube Kids ).

The Central problem of disinformation corrupting American political culture is not Russian spies or a particular media platform. The central problem is that the entire industry is built to leverage sophisticated technology to aggregate user attention and sell advertising.

If so, why isn’t more public attention being paid to this root cause? Not by the mass media which is obviously too compromised by the Congress, by academia, or by more of US before “We the People” become the conditioned responders that Ivan Pavlov warned about so many years ago.

Mobilized is creating a collaborative constructive solutions network  dedicated to our collective  human potential, economic and ecologic justice, and human rights.  We are a network of media producers, investigative journalists, deep-thinkers, scientists and pro-active organizers who believe that an enlightened and well-informed populous is important for a society to truly flourish and are committed to working towards bringing it about.  Please join us as a collaborator in creation of a better world: It’s Free to sign up, your registration will never be compromised.  Share the news of solutions and empower a brighter tomorrow, today. Click here to sign up!

A Remedy for American Mass Shootings