Can the supply chain for the demand for plant-based meat keep up?
By Rekha Dixit 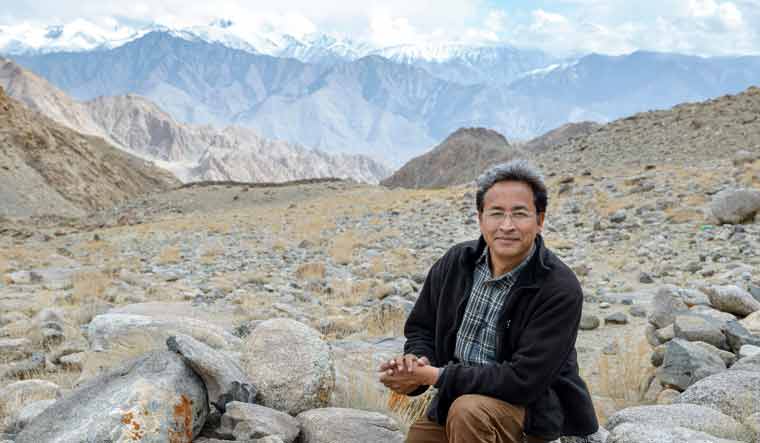 Sonam Wangchuk has stopped ironing his clothes. This renowned innovator and Magsaysay Award-winning environmentalist feels smart crease is an indulgence one can do without in order to help the planet. As he says, the power saved from ironing his clothes could power four rural households.

The co-founder of Himalayan Institute of Alternatives, Ladakh, believes that as his homeland enters a new phase as Union Territory, it will need sensitive handling because solutions made in New Delhi often do not work in the fragile ecosystem of the trans Himalayan land.

Excerpts from an interview:

Don’t you believe Ladakh needs to develop and become on par with the rest of India?

No. Ladakh does not need the same kind of development and industrialisation. It needs a more harmonious and sustainable approach that can go for a much longer time without exploiting the environment.

The Himalayan Institute of Alternatives is taking some proactive action in this matter, right?

Yes. We decided that instead of just sitting and waiting for the Centre to act, we should first understand what will work for us and what won’t. So we sent members to different parts of the country—union territories like Andaman and Nicobar, the tribal states of north east India, Bodoland and Sikkim, to see how they have fared over the past years. Our groups represented all parts of Ladakhi society—men, women, politicians, religious leaders.

They have come back and are now sharing their learning at various gatherings—in town halls and village assemblies.

The efforts to green Ladakh, by the army and locals—isn’t that tampering with nature, which created Ladakh as a natural desert?

Firstly, let me tell you that the army has not done much greening. They spoke a lot about it, but stopped after the flash floods of 2010. Most of the planting has been done by the locals. The army made commendable efforts, but since their units move every two years, most of what they planted did not survive. What they succeeded in however, was offering good R and D to the locals.

When we talk about greening, we do not mean forests. We mean increasing the local vegetation, not planting invasive species. Human intervention should be in aiding nature, in helping the plants that are struggling to grow. This vegetation holds the water in the region, optimising what is available. Such an effort is harmonious with nature.

You have come up with an interesting crowd sourcing project. Please elaborate.

This is an attempt for the planet. It is a unique crowdsourcing initiative where you pledge behaviour changes worth a certain amount of dollars. For example, you could pledge to stop ironing clothes, start bicycling, take the lift and choose a train over a plane. We then evaluate how much each pledge will be in terms of dollars and work out how much the overall contribution for the planet will be. The planet does not need money, it needs behavioural change. We will launch this project in December, around the time when people begin thinking of resolutions for the new year.

How can we transition to a nation that works for all? Featuring Arnie Arnesen

Mastering the Dynamics of the Commons for Social Innovation