The Movement of Movements: From the Grassroots Up 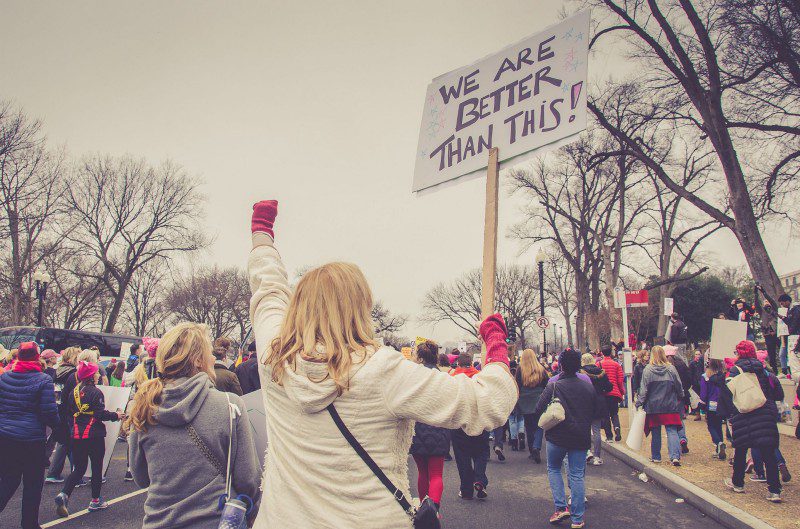 At the root of all these movements is an experience of oppression and at the same time empowerment, long imposed injustices suffered and new hope arising, isolation and now a newfound sense of community, supposed weakness turning into real power, silent suffering transformed into a roaring voice that can shake the powers of economic and racial and gender injustice, legions of previously small insignificant voices speaking as one voice for justice, healing and restoring seemingly lost rights.

Yes, we live in a sad and dangerous time in America but it is also a time of peaceful yet powerful protest, a time for organizing, a time for forgotten voices to be heard, lives to be saved and a country to be transformed into the “land of the free” for all. The challenge is how to bring all these disparate voices and causes together as a powerful force to bring about real lasting change.

I started out doing community organizing more than fifty years ago on Long Island focused on racial and economic injustice as part of a movement, the Civil Rights Movement. It was a movement that started from the grassroots up and rattled the halls of congress, state legislatures and county governments. It had great leaders, especially Martin Luther King, significant white allies including Robert Kennedy, many labor leaders and artists but at the heart of the movement were the local people who suffered the greatest injustice. For generations they were held silent out of fear and hopelessness with few notable exceptions. Then, the Civil Rights Movement gave millions of people a voice, the courage to fight unjust laws, traditions and ingrained prejudice. People joined together, marched together and even went to jail together to gain basic rights and freedom.

As we remember the assassination of Martin Luther King let us have a renewed hope in the Movement and all the courageous and dedicated people who are marching, writing, testifying, running for office and once again organizing. Let us too have our voices heard for the right to vote, to protest against gun violence and also for social, economic, racial and gender justice. Let us become more involved on a local level in our towns and cities, in suburbia and in rural areas, not just in one march or demonstration but in communities of purpose that are working every day to challenge the injustices in our economy and in our various levels of government. There are elections to be won, injustices to be challenged, and opportunities to speak out and act for political, economic and legal change.

What really bothers you the most? What injustice hits you the hardest? What opportunities do you see for you being an agent of change? What local organization can you join or support that is out there on an issue that you have a passion about? Do you know one person that you can talk to about how you feel on an important issue that will really listen? That may be a non- threatening place to start, a dialogue with a friend, but how can you move from there to some sort of action? The next step may be to go online and see what action organizations focused on an issue that interests you appear locally. Read about them. Give them a call and see if you should become involved. In the meantime, become informed, encourage someone you know to become involved in an issue that both of you might have an interest in pursuing. Check out one or more national organizations that have information about your issue and possible opportunities for action. This is one way that Movements are born and grow, from the grassroots up and then out to more people who share similar values.

We live in a continuing time of crisis. There seems to be a new crisis every day. It can be mind boggling at best and spirit dampening at worst. But becoming part of this Movement of Movements can give you some stability in the midst of the shifting winds of political madness. You don’t have to just rant at your TV or throw your cell phone to the floor in disgust when you are assaulted by the latest dangerous absurdity. Become an active part of the Movement of Movements. Pick the issue that interests you the most and connect to a local group of activists who are already on the case. AND keep on learning and acting and supporting. You are an agent of change. You have only to choose your issues and your direction and become involved.

There are many places to start but if you need help please visit our website at whyhunger.org and become part of the Movement, part of the solution.

University Scholar at the University of Illinois at Chicago (retired), founder of both the Small Schools Workshop and the Center for Youth and Society, taught courses in interpretive and qualitative research, oral history, creative non-fiction, urban school change, and teaching and the modern predicament.  A graduate of the University of Michigan, the Bank Street College of Education, Bennington College, and Teachers College, Columbia University, Ayers has written extensively about social justice, democracy and education, the cultural contexts of schooling, and teaching as an essentially intellectual, ethical, and political enterprise. He is a past  member of the Executive Committee of the Faculty Senate, and past Vice-President of the curriculum division of the American Educational Research Association.

Ayers’ articles have appeared in many journals including the Harvard Educational Review, the Journal of Teacher Education, Teachers College Record, Rethinking Schools, The Nation, Educational Leadership, the New York Times and the Cambridge Journal of Education.

Edited books include: To Become a Teacher: Making a Difference in Children’s Lives (Teachers College Press, 1995); with Janet Miller, A Light in Dark Times: Maxine Greene and the Unfinished Conversation (Teachers College Press, 1997); with Pat Ford, City Kids/City Teachers:Reports from the Front Row (The New Press, 1996,2008); with Jean Ann Hunt and Therese Quinn, Teaching for Social Justice: A Democracy and Education Reader (The New Press and Teachers College Press, 1998); with Mike Klonsky and Gabrielle Lyon, A Simple Justice: The Challenge of Small Schools (Teachers College Press, 2000); with Rick Ayers and Bernardine Dohrn, Zero Tolerance: Resisting the Drive for Punishment(The New Press, 2001); with Bernardine Dohrn and Jeff Jones, Sing a Battle Song: The Revolutionary Poetry, Statements, and Communiqués of the Weather Underground 1970 – 1974 (Seven Stories Press, 2006); with Gloria Ladson-Billings, Pedro Noguera, and Gregory Michie, City Kids/City Schools: More Reports From the Front Row (The New Press, 2008); with Therese Quinn and David Stovall, the Handbook of Social Justice in Education (Routledge, 2008); and with Caroline Heller and Janise Hurtig, Every Person is a Philosopher: Lessons in Educational Emancipation from the Radical Teaching Life of Hal Adams (Peter Lang, 2016).

He lives in Hyde Park, Chicago with Bernardine Dohrn, partner, comrade, friend, co-parent and grand-parent, inspiration, co-author, lover, and soul-mate for close to half a century.

Related Topics:world hunger year
Up Next

How can utilizing the powerful dynamics of crowd-sourcing (or group powering) contribute to a more democratic, fair, and equal society?

Real energy for change can be found in communities, not manifestos