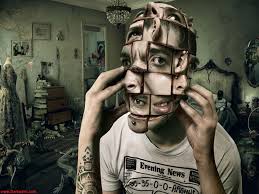 As the social movements of the mid-sixties swept into the mid-seventies, a pervasive anti-establishmentism rooted in  the peace movement, fueled by the continuing war in Viet Nam, the Nixon administration and a generalized distrust of politicians was amplified by the Watergate revelations.  Music, rock and roll music, had transformed itself from silly little love songs to become the unifying force for a counter-culture of protest, validating the very idea of anti-establishmentism.

All across this nation, FM radio stations like WEBN in Cincinnati brandished their freak flags high. The station’s manager, Bo Wood, fully aware of the new direction that rock music embraced, carefully crafted the station’s branding, identifying itself and its listeners as “the Lunatic Fringe.”  By joyously embracing this moniker in good jest, a non-conformist, anti-establishment youth movement that was catalyzed by protest music had found a welcoming home in modern radio.  Reinforcing this trend, the station dived deeper, employing Jerry Springer, a more sane version of his later self, as an incisive political commentator.  The battle lines were drawn.

Far and wide, FM stations emulated EBN’s template.  The evolving movement retained its identity as the lunatic fringe to become a deep rooted norm.  In an effort to compete in this new politicized arena, AM stations birthed “Talk Radio” a right wing product, as a different form of anti-establishmentism, creating a fertile environment for participation by call-in-crackpot conspiracy theorists, setting the stage for a more efficient mutation, Twitter, to follow in later years.

No cousin of the original movement, it was seeped in the truly lunatic fringe, mindless political Zombies, lovingly adopted by religious zealots and the Republican party who began “bringing in the sheaves” like carnival barkers and snake oil salesmen, with Sunday TV evangelists and radio personalities such as Alex Jones, a true lunatic, or convicted criminal G. Gordon Liddy, but most notably typified by shining star, Rush Limbaugh.

This was something their predecessors, brothers in mind control, intrinsically understood, people like Jim Jones, David Koresh and yes, even Charlie Manson. In short order, mainstream corporate media, notably Fox “news” cashed in their immoral lottery tickets with personalities like Sean Hannity, Tucker Carlson, Bill O’Reilly, Jeanine Pirro, Laura Ingraham, Geraldo Rivera and Lou Dobbs, among what is a seemingly endless parade of anchors and hosts willing to cater to the lowest common denominator in a ratings war for dollars devised by Roger Ailes to enrich his benefactor, Rupert Murdoch.

And thus, the truly lunatic fringe had become the established vehicle for the dissemination of conspiracy theories, a recipe best typified by Hunter Thompson’s phrase as “fear and loathing.” For a better understanding and an inside look at the machinations of the lunatic fringe, I suggest reading Matt Taibbi’s “The Great Derangement.”

But the term “conspiracy theory” did not enter the public vernacular until after a stream of assassinations that began in 1963 with the murder of JFK by forces unknown.  The implausible explanation provided by the Warren Commission in the 19,200 pages of its massive 27 volume report did more to obfuscate than explain who killed John Kennedy. Followed in short order by the deaths of Malcolm X in 1965, Martin Luther King in April 1968 and RFK in June of that same year, a reasonable person would have to conclude that the explanations provided the public were hopelessly inadequate and that the eradication of a movement’s most prominent leaders seemed more like linked, orchestrated events than isolated incidents by craven madmen.  The Left had been effectively castrated.

It was a time when disinformation was the domain of intelligence agencies like the CIA and Army Psy-ops, and propaganda was perpetuated by governmental entities through established mainstream media.  The art of disinformation had as its cornerstone the concept of plausible deniability while propaganda just had to be plausible to be effective. The common denominator was an amoral ethic that embraced lying for “the common good” to maintain order.  The CIA’s record of assassinations of foreign world leaders who opposed American interests was by then well known, but their charter did not permit such activity within the borders of the United States.  The common man understood in the most basic terms that their involvement, if any, would have to have been through a “cutout,” a “fall guy”  best suited as a communist, a foreign terrorist or a madman– a hated zealot who could suffer the focus of an angry nation and thus achieve unity in solace.

Lacking credible investigative results, private individuals took it upon themselves to author valid research into these events causing many other layers of reactionary obfuscation to be added by disinformation authors, piling on to perpetuate the sham and give the very term “conspiracy theorists” a bad name.

And so here we are today, a pattern has been established as an effective tactic, the creation of chaos, a flood of conflicting stories devised to create doubts resulting in a gridlock of inaction. Your best reasoning tells you that it may walk like a duck and quack like a duck, but before you reach a conclusion that it is a duck, you must consider this, this and that, and prove it to be so, withstanding a legal standard of juried reasonable doubt.  Maybe it’s really a platypus? BOOM! And there you are, defeated. But be certain, it was a duck all along.

Chaos is an effective first step in the process of brainwashing—sever the ties to the known reality in order to ready the void for fresh input.  But in the parallel universe of a Machiavellian contract negotiator, chaos is employed as a tool for softening the opponent for the kill.  Take one position and then another, change from day to day, hour by hour, and it is impossible to know just what your position is or will be, and therefore, it becomes impossible to oppose, as no one course can stand against all comers.  Frustration leads to capitulation and winning.   The lesson is obvious.  The creation of chaos, call it divide and conquer, call it what you will, is the tool of a winner.

But trust is a wonderful thing, and while it has been difficult to suffer the past four years in the chaos whipped up by a charlatan billionaire, whose sole qualification for Presidential consideration was his ability to cut deals by using chaos as a negotiating tactic, a concept not fully understood at the time, democracy has won out.  Our faith in our system, tested as it was, was justified and we prevailed.   On January 20th the evil among us will be exorcised and only one thing remains to be fulfilled.  Lock him up!