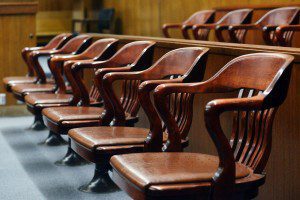 Now that Pelosi has delivered the two articles of impeachment to the Senate, we begin the next phase of what seems to be the inevitable acquittal of Donald Trump, an acquittal that will be based not on the facts, but on the mutual interdependency of the accused and the jury.

Whether the self-admitted actions of Donald J. Trump are an impeachable offense or not, should no longer matter, as he has already been impeached.  That is undeniable. Therefore, it has been established as a documented impeachable offense. There is no more argument to be made.  The coming “constitutional” arguments to be made by Alan Dershowitz to the contrary, are irrelevant in light of the irrevocable impeachment already established.

Now that the House has performed its role to deliver the indictment, the role of the Senate becomes that of the jury. The only facts that matter is those that substantiate whether the accused did or did not perform the deeds he is accused of, not whether the deeds are impeachable or not, not whether the deeds are minor or significant.  The Senate does not sit in judgement of the laws, but the actions of the accused relative to the law.  The laws exist, so the only thing that matters is “did Donald J. Trump do what he is accused of ?”

For Mitch McConnel and Lindsay Graham to announce in advance of the trial and prior to their oath to the contrary, that they will not deliver an impartial verdict is a mockery of justice and our very system of government.  Furthermore, to deny witnesses and documents that can determine the truth is an immoral prosecutorial tactic that betrays their base motives and is an affront to the electoral community.

There are two very basic principles of jurisprudence that are being violated in the current impeachment process.   First, to allow the jurors to control the prosecution makes no sense at all, but to allow the jury to ally with the accused in advance of a trial is nothing short of insane.  Nowhere else in our judicial system are either of these illegal actions permitted.  Jurors are interviewed and carefully screened before chosen.  Not so here.  Perhaps the roles of the House and Senate need to be reconsidered and revised to make sense in the modern world of partisanship. It is idealistic but naive to expect a juror to vote against their own self-interest. When the self-interest of the jurors and that of the accused are one and the same, then the outcome is near certain in advance of the trial.  It becomes a simple numbers game to determine what the self-interests are and predict the vote accordingly.  Equally despicable is to allow the jurors to manipulate the evidence to produce a predetermined result.

It’s one thing to call a witness who can testify regarding the events in question and quite another to invite “witnesses” whose testimony will have no relevancy to the veracity of the events.  Bolton and Lev Parnas can testify as to what was said and done by Trump, but Biden and his son cannot.   THEY WEREN’T THERE.  Let’s remember that not only are Joe and Hunter Biden not on trial here, but after continued investigation into potential corruption, neither have been found guilty of anything other than bad judgement.  Let’s take that up at the ballot box.  There is nothing that either can testify to that will change the evidence or contribute to it.  This is just a GOP waste of time and a diversion down a rabbit hole that is vacant and should have been back-filled.

The prevailing thinking on the part of GOP Senators is that to vote to convict Donald Trump is to invite his wrath, with the expectation that without his support and in the face of predictable attacks, as he has demonstrated in the past, they will be primaryed out of office.  Now if they were sure that their GOP brothers and sisters were voting along with them to convict, their moral choice could stand without fear of personal loss.  It’s a known fact around the Capitol building that the vast majority of Congress (both houses) know Donald Trump for what he is.  Many reporters have reported that most Senators do not like Donald Trump, in fact despise him.  They know him to be a racist, an anti-Semite, a liar, a philanderer, a misogynist, a baseless braggart and a bully, a corrupt politician, a crook, a failed businessman on many fronts, and a threat to national security.  Need I go on?  Trouble is they don’t want to be a lone vigilante without a posse.  They fail to recognize that if Trump is removed from office, the threat of being primaryed by him goes with him.  However, they also fail to recognize the extreme danger they risk in voting to acquit.  88% of the African-American population of the USA is anti-Trump.  The odds are that no matter what, with Russian interference being the only exception, Trump would lose the coming 2020 election.  The Women’s march today is also a great indicator of how women voters feel about Trump.  The last Women’s march was the single largest protest in the history of our country, and it spread worldwide as well.  Senators have seen that Trump’s chaotic governance has strengthened our enemies, weakened and harmed our allies, skirted outright war and created the fertile ground for increased divisiveness and violence.  All this for a chance to quell women’s rights, stock the judiciary with sympathetic judges and spread more wealth to the millionaires and billionaires that supported him. They are willing to overlook his tragic personal faults and flagrant breaches of law in trade for the political gains they have attained and continue to seek. It’s a win-at-any-cost philosophy and it’s killing our republic.

Trump should be removed from office by any means possible, the more expedient the better then wait for the Southern district of New York to prosecute him for criminal activity like tax-evasion and money laundering, which will surely happen once we see his tax returns and bank records.  It galls me to think of him with lifetime Secret Service protection and with all the top-secret information he knows, I fear he will remain a continual threat to our national security.  I say jail him, not in one of those cushy country club prisons, but in a cage with bars, no need for secret service, preferably solitary confinement until he dies.  Then plant him along the border beside his incomplete wall and allow the formerly caged children of immigrants to dance on his grave.