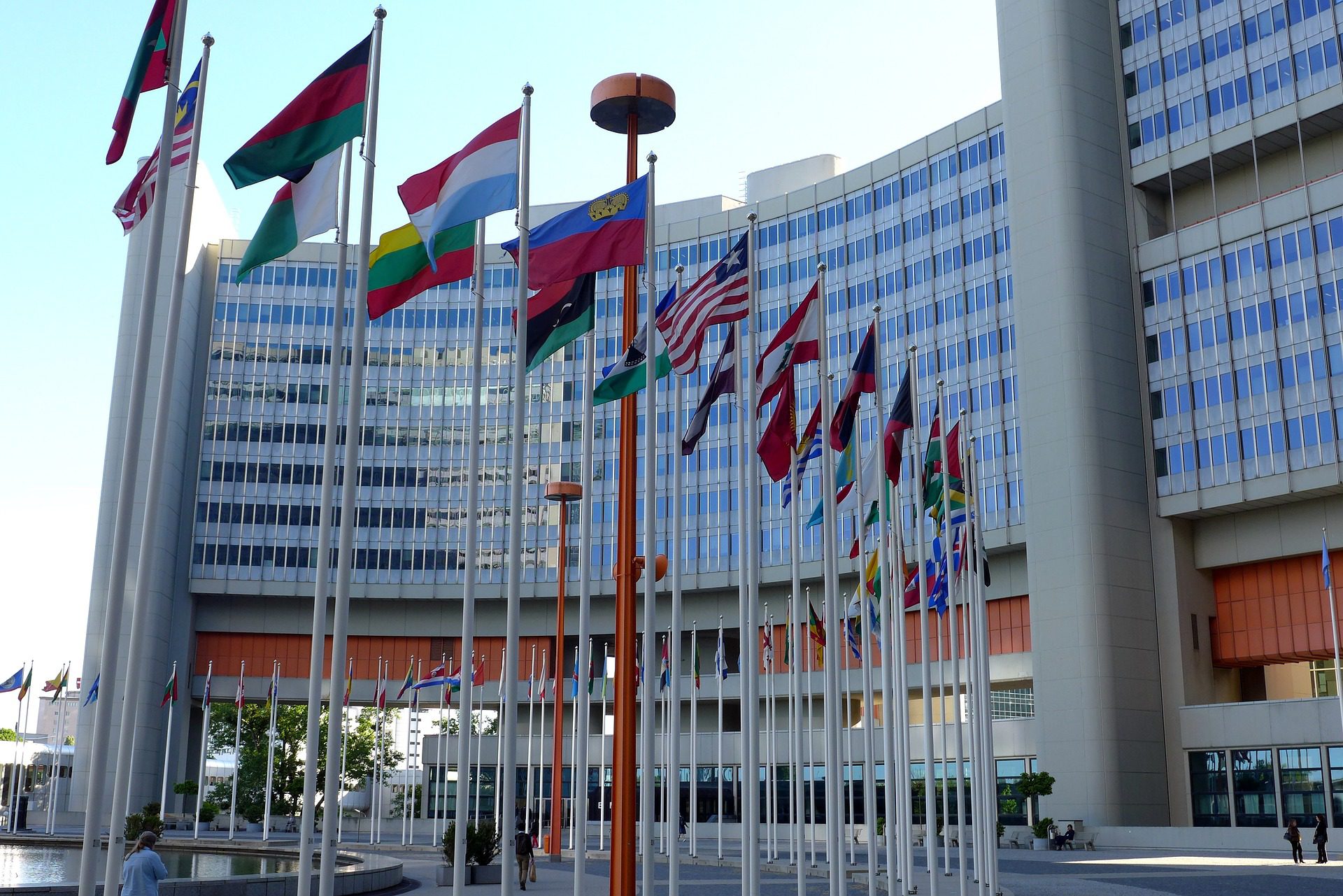 Foreign policy is an essential component of any national development strategy. If it changes, external political and trade relations will have to change. Thirty years of a neoliberal strategy have led to an unmediated trade opening to the world economy, while our diplomacy has enthusiastically approached developed countries, distancing itself from Latin America and the countries of the South. The presidential candidate of the left, Gabriel Boric, announces that this must change.

The free-market logic that reigns within our economy has been fully deployed in the field of foreign relations. A radical opening to the world has been imposed, without protection of the internal market and without regulations in favour of sectors of productive transformation. As a result, trade policy has exacerbated export extractivism, closing off opportunities for productive diversification. Policy has been subordinated to big capital, and not only within our country, but also in our relations with the outside world. The economic policy of “every man for himself”, which destroyed Chilean industry and closed the doors to small business entrepreneurs, was complemented by an indiscriminate opening up of foreign trade.

The incorporation of our country into the global economy has not helped development. Growth, which businessmen, politicians and establishment economists have deified, has generated precarious employment, extreme inequalities, environmental depredation and the depletion of our natural resources. Foreign policy has been functional to this perverse growth. And this kind of growth has held back development.

After a few brief years in the early 1990s, when Chile strengthened its economic and political ties with Latin America, the Concertación governments became dizzy with height. They opted to privilege relations with developed and Asia-Pacific countries. Not to discuss the substantive political issues on the international agenda, but to establish economic and commercial commitments in free trade agreements (FTAs). Foreign policy was subordinated to FTAs. Thus, thanks to FTAs, developed countries and transnational corporations have secured their interests through the indiscriminate liberalisation of goods and services, as well as the extended protection of their investments and intellectual property, in exchange for access for our exports to large markets. This logic was also imposed in our negotiations with middle-developed countries in the Asia-Pacific region, and became the undisputed common sense in international organisations.

It is true that it is in the interest of small countries to open up economically to the world. The narrow internal space makes it difficult for the economy to reproduce itself more broadly. But in the case of Chile, economic expansion through FTAs with developed countries has not turned out to be a good deal (I mean for the country, for the people of Chile). Of course, the primary responsibility does not lie in trade policy, but in economic policy. Indeed, our economic policy does not encourage productive transformation or help to diversify exports and, at the same time, the unregulated opening of trade through FTAs has favoured the attraction of foreign investment, but it has done so in the primary and service sectors. Thus, the FTAs have served to stimulate extractivism, multiplying exports, but not natural resource exports.

In short, our country has consolidated a productive matrix that exports natural resources, and this has been favoured by trade policy. Thus, foreign policy, especially since the 2000s, has supported rapprochement with developed countries, distancing us from our neighbours. This policy, together with the commitments contained in the FTAs, hinders any joint efforts with the countries of the South to act jointly with the world powers on key issues on the international agenda: uncontrolled financial flows, intellectual property, corporate-state disputes, the environment, among others.

Consequently, if the Boric government promotes a change in the productive structure of our economy, it will also have to modify foreign policy and, in particular, foreign trade policy. It will have to introduce substantive changes. Whether unilateral or negotiated (FTA), it will be necessary to regulate the movement of goods, services and capital, in favour of the productive and social priorities proposed by the new development strategy. This has been well highlighted by Petersen and Ahumada, in reply to Ignacio Walker, who staunchly defends the type of globalisation promoted by Chilean governments (see La Tercera of 2 September 2021).

If effective productive diversification is to take place, both unilateral foreign trade policies and trade agreements cannot be neutral in terms of tariffs, financial capital, foreign investment and intellectual property. Discrimination should be made in favour of industrial sectors or those productive processes that add value and knowledge to the new productive matrix. Gabriel Boric’s programme proposes a review of existing trade agreements to assess their relevance to productive diversification. This is not an easy task, but neither is it impossible. This will require renegotiations that will demand goodwill and mutual respect between our country and its counterparts. This was emphasised by the presidential candidate in his meeting with the ambassadors of the European Union (7 September).

On the other hand, faced with the reality of globalisation and the uncertainties that have arisen with the new protectionism, our country will have to recover multilateralism, which is the best defence of small countries against powerful countries. But this policy will be effective if we are able to act as a whole, united with the countries of Latin America and eventually with other regions of the South. In short, a new government of transformations has the difficult task of strengthening the negotiating strength of “developing countries” to support the international agenda on issues of concern to us: protection of ecosystems, feminism, demilitarisation, peace, solidarity with migratory processes, among others.

At the same time, multilateralism in the economic sphere should aim to promote a fairer international trade and financial system, including: the regulation and control of financial transactions and tax havens; flexible and less costly forms of access to cutting-edge technologies; the reduction of deadlines for the protection of intellectual and industrial property, among other issues.

Our project as a country, and the possibility of having a greater presence in the international context, is linked to Latin America and the developing world. Chile must have a foreign policy of rapprochement and economic and diplomatic cooperation with that part of the world with which it shares interests and problems, even in the midst of the difficulties presented by regional institutions. And it should do so independently of political changes in Latin American governments. It is true that the issue is complex. Relations with the countries of the region, and in particular with our neighbours, are not easy.

Determined efforts will have to be made to attend with special concern to political and economic relations with neighbouring countries. Chile’s security and stability, and consequently our own democracy, are linked to the need to eliminate all sources of tension with our neighbours. This is of prime importance. Diplomatic, political and economic conflicts with neighbouring countries exalt chauvinism and stimulate arguments in favour of armament in certain sectors of our society, with high financial costs. Renewed bilateral efforts are therefore needed to foster mutual trust and, above all, to move forward with simultaneous demilitarisation initiatives.

Chile’s border understandings with Argentina in the mid-1990s have recently been obscured by the dispute over the maritime shelf on the continental ice. At the same time, the disputes with Peru and Bolivia, resolved at the Hague Court, do not lessen the historical resentments of Bolivians and Peruvians and Chileans. This must be overcome. It is necessary to embark on a determined path to put an end to tensions in order to ensure diplomatic rapprochement and peace between our countries.

Finally, there is the complex issue of regional integration, where serious difficulties have arisen in recent years. This sets limits to the deepening of Chile’s relations with the countries of the region and at other times leads to uncomfortable disputes. Consequently, it might be necessary to prioritise sub-national integration initiatives, between Chile’s regions with Argentina, Bolivia and Peru. This may be more effective and, in line with the decentralising interest, would allow for interesting citizen and territorial links between neighbouring countries. This, at the same time, would favour the development of mutual trust between our countries, based on regional governments and social organisations.

This does not mean renouncing plurinational integration schemes. Firstly, it is necessary to revalue ALADI, which has allowed tariff liberalisation between all the countries of the region, especially in the 1990s; but unfortunately, in recent years, it has had little political support. Second, Chile has the opportunity to play an interesting role in converging plurilateral integration initiatives between the Atlantic (Mercosur) and Pacific (the Andean Development Community and the Pacific Alliance) schemes. Finally, the new government should support CELAC as the political integration body for Latin American and Caribbean countries. And, as recently proposed by Mexican President López Obrador, CELAC should hopefully become a replacement project for the OAS.

Foreign policy and trade policy are indispensable instruments for promoting a new development project in our country. Both must intelligently accompany productive changes, as well as economic and social policies, in order to break with neoliberalism.