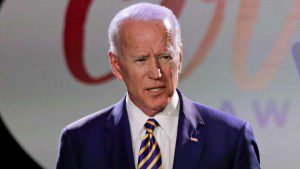 It would appear to anyone who watches the news that every action, every decision, every inaction and all political considerations are being determined with a view towards the 2020 presidential election.  Democrats have populated the primary slots with an overabundance of candidates all looking to put Trump out of office.  Their roles have swollen to the proportion of the GOP primary race of 2016 but with one significant exception.  Unlike the Republicans who offered a wide range of dull, or incompetent and idiotic choices, the Democrats have volunteered a slate with no bad choices. Rather it would seem to be one unified by principles and policy goals that have little or no difference separating the candidates, all solidly progressive with mere hairline fractures in their methods of implementation and differences in their personal records of successful and relevant experience to define the choice they represent.  Even with so many candidates, there can be no bad choice regarding policy, so the focus is naturally on finding the right candidate that can beat Donald Trump. It’s a mix of personality and personal history.

But to make this choice, one must first realize that the democratic electorate has moved on since Hillary’s defeat in the 2016 election.  It would be fair to say that all the energy was behind Bernie while Hillary represented the “Same old, Same old.” But the enthusiasm for Bernie was a risk outweighed by the safety of the familiar that Hillary represented and the country (with the help of bad actors, pun intended) swung hard for change.  Unaware of the true nature of the messenger, any change was better than the same old, same old and look what that got us.

Now comes Joe Biden, offering the safety of the familiar.  Notably Joe Biden had not officially entered the race yet, but if one can trust the polls, he enjoys a popularity in the “who can beat Trump” contest that exceeds all other candidates.  As yet unannounced, he is nevertheless being hailed as the favored leader with an expectation that the plain talk, direct-speaking Joe can trade effective punches with “the  Supreme Counterpuncher” and emerge the winner. Currently, the polls project him with a favored 27% of the Democrats but to grant him the primary win now on the basis of the polls would be a grievous error.  Let’s not forget that Hillary was the anointed candidate in 2016 and the party rallied behind their shoe-in despite the fact that all the real energy was behind Bernie.  Hillary was the safe choice and Bernie was a high risk.  Hillary represented more of the same while Bernie offered real change in unchartered waters.  No, it had to be Hillary. Thanks to Debbie Wasserman Schultz and the rules regarding super-delegates, Bernie never had a real chance.  It left his supporters bitter and many stayed away on election day. Neither candidate offered them what they were seeking. And yet, that bitter taste has not been forgotten, contributing to Bernie’s chart topping percentage, just under Biden “the Familiar.”

To place Joe in his proper relation to the Democrat electorate we must consider that while he enjoys a 27% polling popularity, an objective analysis must conclude that he lacks the 73% of the progressive support that is being split among the 19 other candidates, whose numbers will eventually shift as the progressive field is winnowed by an exhausting financial drain, to eventually accumulate popularity in a single progressive leader.

But that will not be Joe Biden.

It’s not going to be Bernie either.

No, those ships have sailed. At last night’s town hall Bernie rode off the rails with his proposal to grant all prisoners—terrorists, rapists, murderers—the restoration of their voting rights. As a purely philosophical idealistic exercise in ethics, he may be right.  Prisoners are still citizens and as citizens they have the right to vote. But as a matter of policy, one has to ask, “whose vote is he after?”  Does anyone really support allowing the Boston Bombers to vote?  I mean, really? Get real Bernie.  You just shot yourself in the foot for a policy idea that offers nothing to voters.

Amy Klobuchar offered her ideas and experience and made a great case.  I like her a lot, but the star of the Town Hall was clearly Elizabeth Warren who was passionate, well-spoken and organized with policy ideas supported by clearly defined action plans.  Kamala Harris was reflective and very reasonable, but non-comital on the controversial issues. She’d make a great “Bad-Ass” President. I like the way she questioned Brett Kavanaugh , also Amy Klobuchar for that matter, but she was not prepared to be blindsided by a non-issue like voting rights for terrorists and did not wish to alienate Bernie’s people.  Amy dodged the bullet by luck of the draw.  She preceded Bernie in the lineup.  Buttigieg had no problem jumping on that issue, in his spontaneous “gosh-shucks” Jimmy Stewart response.  He’s genuine. He doesn’t have to ponder it to know where he stands.  I cringed for Kamala.  I like her a lot, but she stumbled.

If the election of 2018 meant anything, it is this:  Regular citizens, dissatisfied voters, became candidates and they changed the tenor of the house with a slate of varied ethnicity, religions and gender to deliver the most representative field of congresspersons ever and once in office they moved immediately to create effective change.  This is going to happen again in 2020 and all the energy will be behind the progressive movement.  Joe Biden’s 27% will eventually come to look like Trump’s 30%.  It’s a base, but not a win by itself. If Joe rides it out, it will be the first time that the candidate with the lead in the polls becomes the spoiler.  Oddly, he will be remembered as a spoiler with Ralph Nader and Jill Stein.

The Biden Factor Part 2, The Soul of America