The benefits of Shifting Systems with a Nonviolent Strategy

The secret to successful nonviolent struggle lies in understanding strategy and systems. All systems require participation and resources to survive. Deny those things, and the system will wither away … or concede to meet your demands. 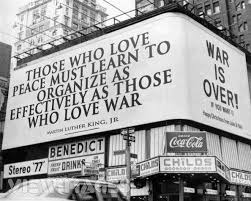 Strategy can be that simple. Cut off the water and the plants will die. Block all other exits and the rabbit will come out the hole in front of you. Surround the castle and cut off the food supply and the people will surrender – or starve. Give Archimedes a lever long enough (and a pivot upon which to place it) and he can move the world.  If workers can sustain a strike and keep out scabs then the business owner must raise wages – or lose productivity. If all investors divest from fossil fuels then the industry has no capital with which to continue operating. If everyone boycotts palm oil then there’s no profit in clear-cutting the rainforest.

Of course, we all know it can get waaaaay more complicated. The science of making change with nonviolent action can sometimes look more like quantum physics. In fact, the lens of ecosystems and evolution might be the most useful metaphor for how complex system change affects economics, politics, social behaviors, psychology, worldviews, education and much more. We’re often not just changing a single tree, or even a forest of trees, but the entire ecosystem of the watershed, plants, animals, mycelium, erosion, atmosphere, and climate that surrounds the issue we’re working on!

When we’re working for change, we need to think on both levels. We need to understand the complex fields of social, political, economic, and cultural behaviors. We also need to know exactly where to place, pivot, and pull the lever long enough to move our world.  Underneath the complexity, there’s often a simple and straightforward explanation for what’s driving the shifts. (Prolonged drought turns a grassland into a desert. A landslide dams up a river. A new housing development drives bears further north and cougars into the swamp.) Change happens when we disrupt an old system strongly enough that it must adapt or risk collapse. Our job as organizers and strategic thinkers is to analyze the complex web of what underlies the injustice. Then we must figure out how to non-cooperate with and/or intervene in the old system to such a degree that it concedes to our demands or ceases to exist. In this way, we have the power to halt and deconstruct powerful, oppressive systems.

The strategic power of nonviolent struggle rests in the inarguable truth that all systems require resources to operate, indeed even to exist. The Pillars of Support model first proposed by Gene Sharp and later adapted by numerous organizing groups helps us understand this. By placing a dictator on top of a series of pillars, such as “human resources,” “material resources,” “sanction power,” “skills and knowledge,” and others, the model demonstrates that when you remove the pillars, the dictator cannot maintain his position. He – and his regime – crumbles. This model uses the metaphor of gravity and stone edifices to explain how power works. A dictator without access to resources and obedience is just a little man in a room throwing a temper tantrum.

That basic theory holds true for all systems. A corporation without financing, workers, suppliers, staff, supplies, communications, customers and so on, cannot do business–deny any one of these and profits are eliminated. A school without students, tuition payments, teachers, and administration cannot continue to operate. A nonprofit without donors, members, or the ability to function at its stated tasks will not exist except in name. Everything from a social club like the Rotary Club to a practice like segregated lunch counters to a worldview like “survival of the fittest” relies on the participation and cooperation of many parts. Without them, the organization or system must either adapt or cease to exist.

When we are working for change, this is the knowledge that we must tap into strategically. We must understand the system we seek to change. We must identify the resources it uses. And we must withhold those resources either by refusing to give our cooperation to the system or by using nonviolent action to intervene in the operation of the system. We can do this temporarily in pursuit of a demand (like going on strike for higher wages) or permanently to stop a destructive practice (like divesting from fossil fuels).

We can also use the power of systems to create the new. This is known as building parallel or alternative institutions (a famous example is the Continental Congress that usurped British Rule in the early colonies of the United States), or crafting constructive programs (such as Gandhi’s salt and spinning wheel campaigns). When working to create the new systems, the most strategic projects begin by gathering overlooked resources. Then, they pull the resources of people, money, time, skill, and participation away from the old, destructive system. Finally, in the third stage of a constructive program, the project directly challenges the old system, using acts of noncooperation and intervention to redirect the resources and participation from the old to the new. (Sometimes, this third stage is precipitated by the old system’s attack on the new system.)

Many of the nonviolent tactics being used in our movements are acts of protest and persuasion. They have a role in the struggle and can be fun, useful, and effective at opening minds and rallying allies. But they are often not enough on their own. It is important to understand how to pair protest tactics with acts of noncooperation and intervention that directly impact the systems and structures of injustice, or the power holders that need to act to correct an injustice.

The old adage, we have more power than we think, is true. Our opportunities for successful and effective struggle are numerous. But to access them, we need to use wise analysis and careful strategic planning. We need to understand what the destructive systems require to operate and then we must deny them those resources until the demand for change is met. Simple. Complex. Effective.

Author/Activist Rivera Sun is the author of The Dandelion Insurrection and other books, and the Programs Coordinator for Campaign Nonviolence.

Get Mobilized and Make Love Go Viral!
Related Topics:actionsnonviolencepeace
Up Next