The Adventure Project: Helping Others to Help Themselves

The Role of Online Education for a New Paradigm 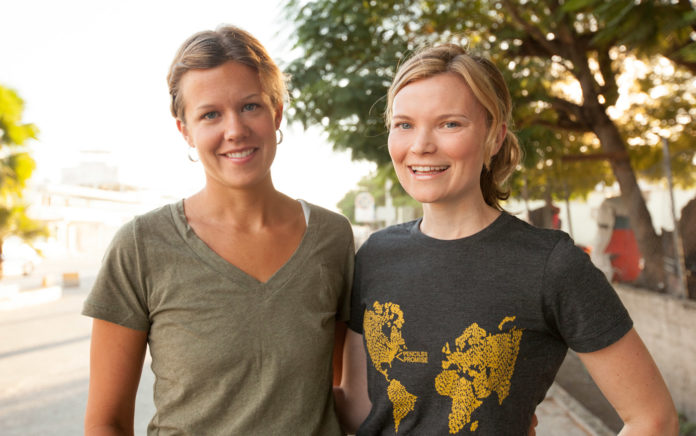 Straw recognized something else, too: The African villagers didn’t want handouts. They wanted jobs.

In 2009, she met Jody Landers, one of the charity’s top fundraisers, at a Liberian airport to show her firsthand how the money was being used. Despite their starkly different backgrounds—Straw was a single New Yorker and former UNICEF worker with a masters in International Social Welfare from Columbia University, Landers a busy Iowa blogger and mother of six, including twins adopted from Sierra Leone—the women hit it off like “yin and yang” and began to brainstorm. What if they started a nonprofit organization to create jobs, tackle issues like the environment, clean water and health care, and train people to become leaders in their own communities?

With a $4,000 check Straw received from a consulting job, in 2010 the women launched The Adventure Project. (The name reflects the concept of “adding venture” capital, which is raised through individual donations, mainly from Millennials and young moms.) The earthquake had recently devastated Haiti, so the first TAP project focused on training men there to make fuel-efficient stoves that are safer, cook much faster and cost less to operate. “One of the largest killers of women and children in the world right now is respiratory illness from breathing over open fires while they’re cooking their meals,” Straw says. “It’s a huge problem. It kills over 4 million women and children every year, and it’s the equivalent of breathing in about two packs of cigarettes per day. It’s one of the largest carbon emission pollution problems in our world right now because we have 3 billion people who cook every meal over an open fire.” What’s more, in Haiti, about 40 percent of a family’s income goes to buy charcoal for cooking. The new stoves require only half the amount.

That Christmas, the founders packaged lumps of charcoal—Landers in a friend’s basement in Colorado, Straw in her Brooklyn apartment—and sold them as stocking stuffers for $20 each. The project was an astounding success, with TAP selling 3,000 of the unusual gifts. Haitian men assembled the stoves and the women sold them at the market in Port-au-Prince.

After that, Straw and Landers rolled out more projects, including water-well mechanic businesses and farm irrigation programs in India and Kenya, to address four major issues: hunger, water, health and environment. TAP funding, technology innovations, and other support services for local workers have since created 1,000 jobs impacting 1.2 million people.

One of TAP’s greatest success stories, says Straw, is Joy, the first woman she met in Uganda six years ago while researching the feasibility of a program to teach females to become healthcare promoters in their communities. Joy’s husband, a soldier, had been killed in the Rwandan genocide when Ugandan troops were sent in to help, leaving her alone to raise a newborn, a toddler and a preschooler. With their breadwinner gone, the family moved into a storage container so small Joy couldn’t stretch her legs out all the way to sleep. “She basically spent the next few years begging and asking charities for help,” Straw recalls. “She forged some documents to tell charities that she had AIDS, so that she could get some food for her family.”

Thanks to Living Good, TAP’s newly-launched health program, Joy learned basic skills to treat malaria, diarrheal disease and other illnesses and became licensed to sell life-changing products such as solar lights, water filters and fortified foods, earning commissions on each sale and bonuses for products purchased by pregnant women and the parents of children under 5. The Ugandan women who signed up to participate—most were older and had already raised their children—“see it as a calling,” says Straw. “They feel this is such a wonderful way that they can give back and help care for their community while earning a little extra money on the side.”

Joy became a leader in the movement and made enough money to move her family into a one-bedroom apartment. “To see that transformation of going from the beggar who used to tell people she was sick to suddenly the woman who was treating people was phenomenal,” says Straw, her voice choking with emotion. “It’s so inspiring to see somebody so full of life and so joyful. That is just revolutionary.”

Adds Straw, “What I’m most proud of is what we have focused on: work. People are being moved out of poverty and the stories we’re hearing are so transformative. It is so encouraging to go back and know, ‘Wow, what we did really made a difference.’ You don’t always see that working in international development.”

In 2015, Straw and Landers were honored with a Diane von Furstenberg People’s Voice Award for their commitment to making a difference. “Becky and Jody, your innovative spirit is something we should honor every day, in every community,” Hillary Clinton said when she introduced them at the awards ceremony in New York.

Landers, who now lives in Olympia, Washington, is still an active board member and advocate, but she no longer plays such a hands-on role in the organization. Straw’s goal is to “lift a million people out of extreme poverty” with living wages by 2030. The power of a job, she says, is enormous. “In America, we have about a 5 percent unemployment rate, give or take,” she says. “We’re working in countries that have 40, 70 percent unemployment. If you have a job in one of these countries, it transforms your life. It’s just so exciting to see people moving out of poverty and know that we’ve had a small part to play in the trajectory of their lives.”

The potential ripple effect is even bigger, Straw notes. “Jobs stabilize the local economy. If you have people that are employed in those countries, you are going to limit the likelihood of violent conflict. So you’re actually keeping these countries peaceful in many ways and making them less likely to join a civil war or any sort of a terrorist group, since they have opportunity.”

Nancy Henderson is an award-winning author and national freelancer who often writes about people who are making a difference through their work. She is the author of Sewing Hope, a biography of Sister Rosemary Nyirumbe (Dust Jacket Press) and Able! How One Company’s Extraordinary Workforce Changed the Way We Look at Disability Today (BenBella Books) and has written for Parade, Smithsonian and many other publications.

A Paradigm Shift From Industrial to Agroecological