Sounding the alarm about illegal logging? There’s an app for that 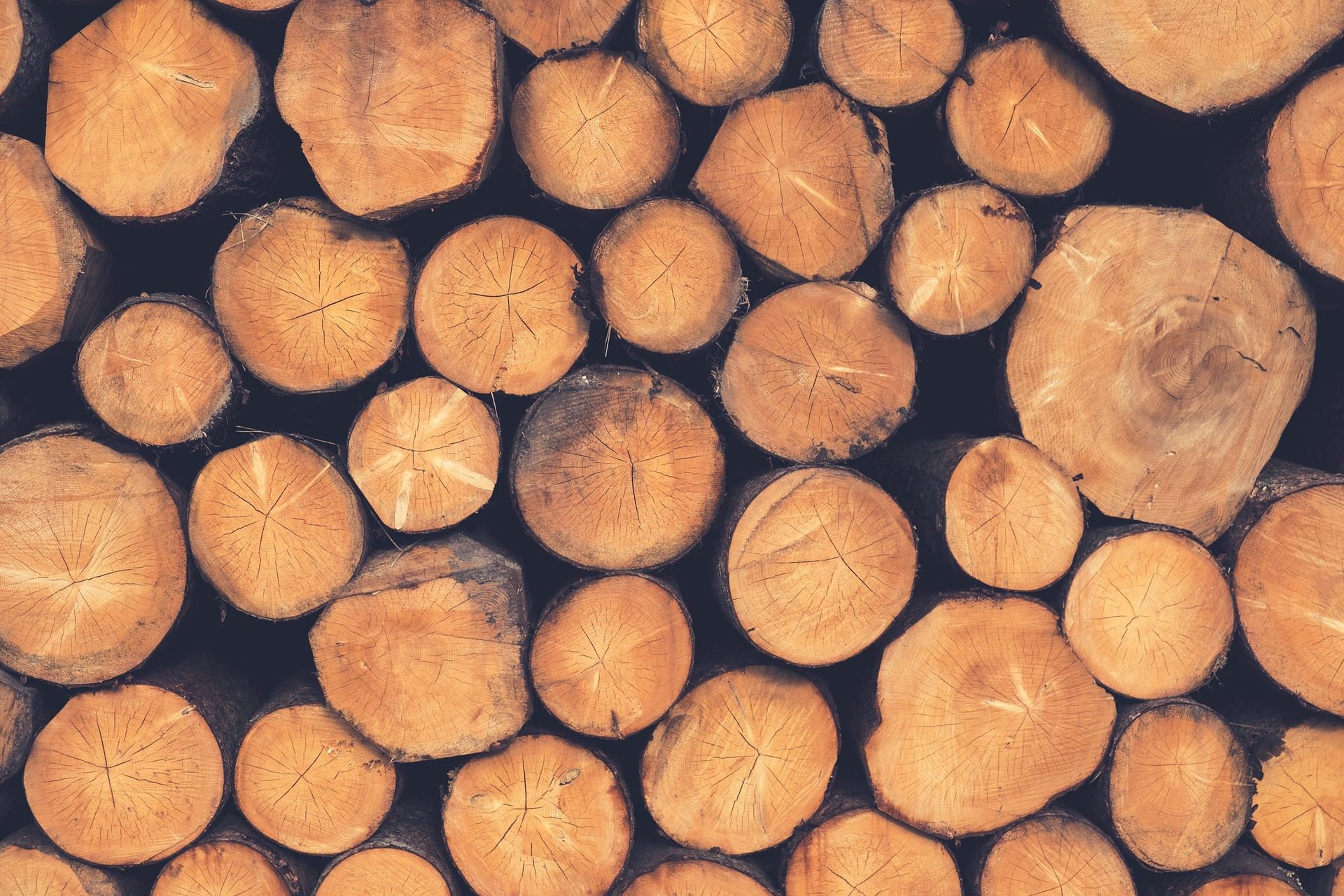 Using the customizable app ForestLink, traditional forest guardians (people living within and around the forest) can send near-real-time, geo-tagged alerts about illegal logging and mining activities to authorities and other stakeholders, even from remote areas without mobile connectivity or internet service.

The app was developed by the nonprofit Rainforest Foundation UK (RFUK) and launched in 2015 as a part of its ongoing Real Time Monitoring Initiative. Since its creation, the system has been used in Cameroon, the Democratic Republic of Congo (DRC), Ghana, the Republic of Congo, and Peru. It launched in Liberia in April 2020 and will come to Côte d’Ivoire later this year.

Illegal timber accounts for 15% to 30% of the timber trade globally, and is worth more than $100 billion, according to Interpol. A significant share of this illegally harvested timber is sold in European markets. Illegal mining operations, particularly in the Amazon, have caused widespread environmental damage.

In the vast territories of both the Amazon and the Congo, the largest tropical rainforests in the world, authorities largely lack the capacity to monitor for illegal mining and logging activities.

Hiring independent forest monitoring is expensive and a logistical nightmare for stakeholders such as civil society organizations (CSOs) that operate from faraway city headquarters. Locals are better suited to monitor and defend the forests they call home.

“It’s about unlocking the potential of traditional forest guardians in monitoring and protecting their forest lands,” RFUK executive director Joe Eisen told Mongabay. “We try to support communities to speak truth to power. That’s the power of technology well-used, isn’t it?”

In Africa, more than 120 communities are currently using ForestLink to monitor for illegal logging activities. According to RFUK, nearly 1,400 alerts were sent between April 2019 and March 2020 on issues ranging from the destruction of sacred sites, violations of logging standards, embezzlement of community development funds, to violations of labor rights.

Community alerts are sent to local CSOs, which analyze the data and decide on the best course of action. ForestLink alerts have triggered more than 30 verification and enforcement missions by CSOs and local authorities in Cameroon, the DRC and Ghana in 2019 alone, according to RFUK.

“It’s important to note that indigenous communities, local communities, those are the people who are in the forest every day … so when we’re talking about responding to things that happen or finding out when something is going on … those local communities are some of our best lines of defense,” Mikaela Weisse, a project manager with Global Forest Watch who leads strategy and partnerships around satellite-based forest monitoring, told Mongabay.

How does it work?

ForestLink was born out of RFUK’s Mapping for Rights program that equips local and Indigenous communities with low-cost, simple technologies to map their lands and customary rights, such as where they hunt and fish. These maps are generated to support advocacy or to establish community forests. Seeing the need for a community-driven monitoring tool to complement these mapping initiatives, RFUK developed ForestLink.

The process begins with a connection to a partner community, typically identified based on previous involvement with the real-time monitoring initiative. An individual or group of individuals within the community is selected by the community itself to receive training in forest monitoring and using the ForestLink app. RFUK helps the community to develop criteria to ensure the selected representatives are in good standing with all groups in the community. The initial training takes about two weeks.

The ForestLink app has a simple user interface. It asks the user binary (yes/no) or multiple-choice questions built around the forest laws in the region. For example, is the felled tree trunk larger than 70 centimeters (28 inches) in diameter? These simple answers are easy to compress and are transmitted via a low-orbiting satellite system called the Iridium network. The system can also use SMS or internet connections when available.

Once sent, the alerts are collected in a database managed by a CSO, the local government, or other stakeholders. Data might be displayed on a map or on an infographic illustrating a particular hotspot where there is a surge of illegal logging activities within a particular time frame.

Ideally, troubling alerts and trends trigger a verification mission to assess the illegality of the operation and to collect circumstantial evidence such as photographs, videos, testimony, etc. Collected evidence is presented to authorities who then embark on enforcement missions. Finally, local CSOs and advocacy groups work with communities to carry out any follow-up activities with authorities.

Sometimes, communities may prefer to manage data internally. For instance, Weisse of WRI said, an alert may reveal that illegal logging is being carried out by community members, and that is something that may be better handled internally rather than bringing in the authorities.

“While ForestLink has enhanced detection and local enforcement of illegal logging, we are often coming up against deeply vested interests in logging operations,” Eisen wrote in an email to Mongabay.

In the DRC, an estimated 90% of timber is likely from illegal sources or expired logging concessions. In 2002, the government issued a moratorium on new forest concessions and banned the exchange, relocation, or rehabilitation of old titles in an effort to rein in illegal logging.

There have been repeated breaches of the moratorium in recent years, allowing companies to “basically trash the forest and industrial level scale, inside and outside of concessions,” said Eisen of RFUK, who adds that fines and other sanctions aimed at controlling logging are often not applied in accordance with the law.

“One of the biggest threats to tropical forests in the DRC, and probably in the world to be fair, is the lifting or breaches of the DRC national logging moratorium,” Eisen said. “I personally can’t think of a larger area of tropical forests anywhere in the world that is unallocated, whether it be to local indigenous communities, logging concessions or to protected areas.”

In the Madre de Dios region of Peru, members of the Indigenous Masenawa community used ForestLink to document the presence of an illegal gold mining operation in 2018. As a result, police arrested five people and the camp was destroyed.

The alerts helped CSOs mount a legal case that resulted in the arrest of a company official in March 2019. Though the case was suddenly dropped following the reported intervention of a high-level political figure in Kinshasa, the actions emboldened other communities in the province to take a stand against illegal logging.

Seventeen other legal complaints have now been filed against CKBFD with the support of legal advocacy groups; two of these cases, according to RFUK, are currently in appeal, with most of the other cases pending or under investigation.

CKBFD’s lawyer, Maître Jean Paul Moluka, spoke with Mongabay and denied all allegations of illegal logging as well as the arrest of a company official. When asked about the 17 other legal complaints filed against the company for illegal logging, Moluka did not comment.

RFUK has developed a two-way satellite communication system for ForestLink so that information can be both collected from and sent directly to remote communities. For example, GPS coordinates of forest disturbance can be picked up by satellites and sent to community observers for ground-truthing and follow-up missions. Information on communities’ legal rights or on threats such as COVID-19 can also be transmitted.

Following up with law enforcement, exposing cases of mismanagement and poor governance, and further advocating for communities’ rights are areas of focus for RFUK in 2020.

Land ownership incentivizes people to protect land from invasion. So ultimately, Eisen says, one of RFUK’s major goals is to combine community forest monitoring approaches with this territorial defense angle by advocating for communities’ land rights.

In Peru, RFUK works with Indigenous communities that have titled lands, but in the Congo Basin, forest communities often lack such land rights. Building these rights requires a long-term commitment to institutional change and, in some cases, building the institutions themselves.