More than four million people have fled war-torn Syria since the conflict erupted four and a half years ago, and the refugees’ journeys across Europe have been widely covered in the news.

Foreign journalists are telling the stories of people who have left to seek a better life, but with a lack of journalism training in Syria, there are few left to document the lives of those who have stayed.
By: Mădălina Ciobanu

It is for that reason that journalist Zaina Erhaim returned to her native Syria in 2013, to train citizen reporters in print and TV journalism in her role as a project coordinator and trainer with the Institute for War and Peace Reporting (IWPR).

She has previously worked for BBC Arabic, after graduating with a masters degree in international journalism from City University London. Erhaim also helped establish the media office of the Local Coordination Committees, a peaceful Syrian activism forum.

In the past two and a half year, she has trained over 100 citizen journalists in Syria. A third of them are women with no prior qualifications in journalism, unlike their male counterparts, which Erhaim said had “developed some kind of experience during the revolution”.

“Working with women, I took advantage both of my gender and my journalism profession to get to them – I think if I were a man, they wouldn’t have accepted to be trained by me,” Erhaim told Journalism.co.uk.

As there is no accessible journalism training in Syria, women would be required to travel across the border to Turkey. But this is nearly impossible, said Erhaim, as they are not allowed to do so without a guardian or a male companion.

Her training, organised regularly or as the need arises, usually lasts for five days and focuses mostly on feature writing, but also on basic filming techniques.

The sessions are quite fast-paced, as the citizen journalists also have to come up with an idea they can film on their second day of training, before spending the last few days editing it into a news piece.

Hopefully, at some point in the future, we will be able to gather these stories in one book – the Syrian history through women’s eyesZaina Erhaim, IWPR
“For print, I focus mostly on features, because I think they are the most important in terms of documenting the actual life and writing the Syrian history,” she explained.

Some of her female trainees are now writing for different outlets in Syria and gaining a salary from their contributions – an achievement which Erhaim is especially proud of.

But her work involves numerous challenges. The main concern is ensuring the safety of her students as well as her own, and travelling between different areas of the country where the training takes place is no easy task.

When ISIS was still in the region, Erhaim had to take extra security measures out of fear of being raided or kidnapped. She would have to notify her students about training locations only a few hours before the workshops were set to take place, as well as ask people not to bring any cameras to avoid drawing attention.

This is a great responsibility she still faces, as bombing attacks take place regularly inside the country, forcing the training sessions to take place in basements.

In recognition of her courage and determination, Erhaim has recently been awarded the Peter Mackler Award for Courageous and Ethical Journalism.

“We wanted to recognise Zaina not just for her incredible courage in returning by choice to Syria to report, but also in being a force multiplier,” said Camille Mackler, project director for the Peter Mackler Award.

“Given that foreign media has all but abandoned reporting from within the Syrian territory, Zaina, her work, and the people she has trained are among the few left to witness and record the true atrocities occurring there.

“In addition to all of that, Zaina has done a lot to lift up the role of women in a war-torn, Arab country.”

The lack of journalistic resources available in the Arabic language has made it difficult for Erhaim to teach people the basics of journalism.

Although IWPR has provided a number of manuals in Arabic, most materials are in English, so she has had to translate them herself as people were interested in accessing any additional information that could help them become better citizen journalists.

Her work has inspired some of her students, who have taken it upon themselves to train others. They are now writing for the Damascus Bureau, doing pieces for the local radio station and publishing features in local newspapers and magazines.

“For example, I trained a group of 15 once and two of them did the same training to other 40 citizen journalists.

“It makes me very proud and happy – it’s like you plant something and it’s growing and reaching other people.”

Erhaim is keen to continue training citizen journalists, especially women. But because the border between Syria and Turkey has closed, she is unable to facilitate access to the more advanced or specialised training her students now require for photography or filmmaking – “we have to adapt to the changes, we can’t just keep going with what we’re doing”.

She also recently helped establish the Women’s Blog, a platform hosted on the Damascus Bureau website, where women are encouraged to write about their lives in both English and Arabic and are also paid for their work.

“Even though this is not journalism and it is more like blogging, this is the way to encourage women to start writing their own history.

“Hopefully, at some point in the future, we will be able to gather these stories in one book – the Syrian history through women’s eyes.” 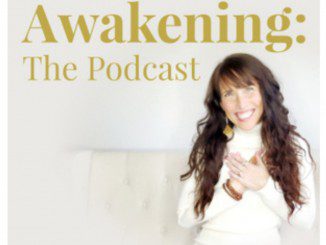 2021 is inviting you and me into a Higher state of being. It’s calling forth our truest, most aligned, most Divine self. I’m supremely […]

This week’s episode of Nonviolence Radio pays special tribute to Martin Luther King Jr. on the 92nd anniversary of his birth. Michael begins by […]