Today fully one-sixth of the world’s human population lacks access to clean drinking water, and more than two million people—mostly kids—die each year from water-borne diseases. The U.S. Agency for International Development (USAID) predicts that by 2025 one-third of all humans will face severe and chronic water shortages.

Water is of primary importance to our survival, and protecting access to and the quality of fresh water supplies will likely become more and more of a challenge in the coming years. According to the non-profit World Water Council, the 20th century saw a tripling of the world’s population while freshwater use grew by a factor of six. With world population expected to increase as much as 50 percent over the next half century, analysts are indeed worried that increasing demand for water, coupled with industrialization and urbanization, will have serious consequences both for human health and the environment. Access to freshwater is also likely to cause conflicts between governments as well as within national borders around the world.

According to USAID, the world’s “water crisis” is not so much an issue of scarcity as it is of poor management and inequitable distribution. The hardest hit regions have been countries in the Middle East, North Africa and sub-Saharan Africa. Worldwide demand for water is presently doubling every 21 years.

Water-related problems are not occurring only in the developing world though. North Americans have polluted and diverted the fresh water supplies far beyond nature’s capacity to restore the flows, notably in the West where sprawling, thirsty metropolises have grown up in deserts where the only way water can be provided is to siphon it from other regions.

So how do we fix the world’s water woes? The key lies in using water more efficiently—especially in agriculture and industry, which together account for over 90 percent of the world’s total freshwater use. But changing the practices of millions of farmers and businesses around the world is a Herculean task.

Irena Salina, director of the award-winning documentary film, FLOW, about the world’s dwindling water supplies, thinks it can be done if world leaders, international banks, the United Nations and other governmental organizations establish cooperative agreements for the use of bodies of water, including groundwater, and economic mechanisms to make sure those who need access to water can get it.

As for the developed world—where we use 10 times the amount of water as do developing countries—Salina remains pessimistic. “If our own leaders were serious about solving problems, we would not allow corporations to discharge pollutants into our water sources,” she says. “Instead of spending billions on technologies that clean up pollution, we would be using resources to prevent water pollution in the first place.”

The first of the interventions that the Alliance of World Scientists has made covers the area of protecting clean water reserves.

The Big Picture: In an online speech delivered one week after the election, journalist Chris Hedges spoke about the much deeper forces of political […] 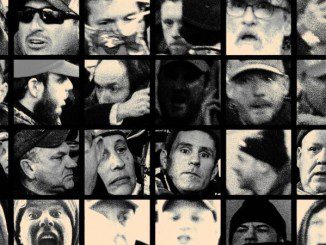 The Big Picture: This is your reminder that the Fascists are still out there.  I dislike having to keep writing about politics, but we’re […]