Scientists at Scripps Research have discovered a molecular process in brain cells that may be a major driver of drug addiction, and thus may become a target for future addiction treatments.

The scientists, who published their discovery on Oct. 22 in Cell Reports, used an advanced imaging technique to visualize brain cell activity during exposure to an opioid, in a part of the brain known to be centrally important for addiction. They found that key brain-cell changes that occur with addiction and help sustain addiction behavior are accompanied by—and plausibly driven by—particular changes in a signaling system involving a messenger molecule called cyclic AMP (cAMP).

“Our findings suggest the possibility, which we now want to test, that an intervention to reverse these cAMP changes could reduce symptoms of addiction, such as drug cravings and withdrawal dysphoria,” says the study’s senior author Kirill Martemyanov, PhD, professor and co-chair of the Department of Neuroscience at Scripps Research.

Drug overdoses—most of which involve opioids—kill about 70,000 people in the United States every year, and on the whole, drug addiction or dependency is estimated to affect tens of millions of Americans. Yet, researchers have never found a cure or even a very good treatment for addiction. That is mainly because they have lacked techniques for studying the deep molecular mechanisms in the brain that underlie the addiction process.

Last year, Martemyanov’s team—in collaboration with Dr. Ronald Davis’ laboratory, also at Scripps Research—developed a tool that could help with such investigations: a sensor system genetically engineered into mice to enable real-time recordings of cAMP levels in any type of neuron. The cAMP molecule functions as an internal messenger in neurons, carrying signals from receptors embedded in the cell’s outer membrane into the inner workings of the cell. Until now, this realm of neurobiology has been relatively obscure for scientists.

In the new study, the scientists used their sensor system to track cAMP levels in neurons that make up a brain structure called the nucleus accumbens—a central component of the brain’s reward and motivation system, which is essentially subverted by addiction. Opioids, like other drugs of abuse, cause an unnaturally large surge of dopamine into the nucleus accumbens. When this happens repeatedly, reward and motivation processing is altered, and this alteration largely accounts for the behavioral features of addiction—including the buildup of tolerance to the drug so that ever-higher doses are needed, and the drug cravings and dysphoria that occur with drug withdrawal. The researchers wanted to see how cAMP signaling from dopamine receptors on nucleus accumbens neurons change with repeated opioid exposure, and if that could explain the changes to accumbens function.

The scientists found that injections of morphine, and the resulting flood of dopamine into the nucleus accumbens, led to distinct changes in cAMP signaling in the two types of dopamine-sensitive neurons known as D1 and D2 medium spiny neurons that comprise this brain structure. An initial morphine dose made the D1 neurons—whose activity is associated with positive, rewarding experiences—much more responsive to dopamine based on their cAMP signaling, compared to the D2 neurons, which are thought to inhibit the reward signal.

By contrast, the team found that with repeated daily morphine exposures, simulating chronic drug use that would cause addiction, the balance in the activity of the two types of neurons—reflected in their cAMP responses to dopamine—shifted strongly in favor of the inhibitory D2 neurons. They think that these neuronal adaptations may be responsible for the downward spiral of tolerance and withdrawal dysphoria that develops as addiction progresses.

“Seeing these changes in cAMP responses really helped us understand how these two different neuron populations in the accumbens can be stimulated at the same time, while also producing different outcomes,” says Brian Muntean, PhD, a postdoctoral research associate in the Martemyanov lab who was first author of the study and did most of the work to develop the cAMP reporter tool.

Martemyanov and his team now plan to see if reversing these cAMP changes can remove or reduce behavioral signs of addiction in animal models.

They also intend to use their cAMP reporter tool to investigate genes that influence susceptibility to opioid addiction. In a related study published recently in PLoS Biology, Martemyanov’s group showed that a gene linked to a neuropsychiatric disorder called neurofibromatosis type I acts in striatal neurons to boost the rewarding effects of morphine and regulates dopamine signaling to cAMP.

“Using this new tool for imaging cAMP responses, we can now study a variety of circuits in the brain to see how cAMP signaling underlies cognitive and motivational processes and even go after the processes that underlie mental illnesses such as depression,” Martemyanov says.

Authors of the study, “Allostatic Changes in the cAMP System Drive Opioid-Induced Adaptation in Striatal Dopamine Signaling,” include Brian Muntean, Maria Dao and Kirill Martemyanov, all of Scripps Research. 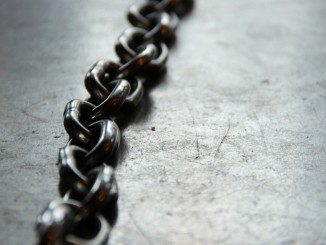 Note: In order to create the future, we need a comprehensive understanding of the past and present so that we do not bring it […] 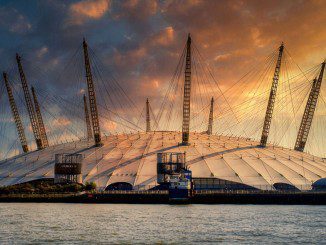 “All the world’s a stage, and all the men and women merely players: they have their exits and their entrances; and one man in […]