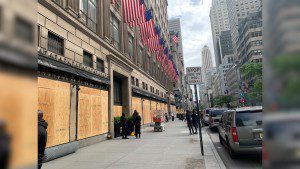 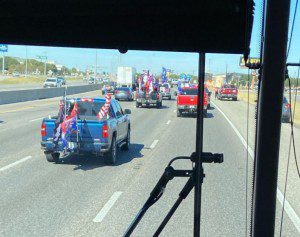 It cannot be ignored that the hateful utterances of Donald Trump have gutted the once proud Republican party and turned them into impotent hypocrites willing to destroy the very fabric of democracy rooted in free and fair elections.  What started decades ago as political  “dirty tricks” has devolved into a barrage of attempts to suppress the Democratic vote through work-arounds, quasi-legal means, and unintended loopholes in states’ legislation that was not designed to protect the rights of voting citizens but merely to organize election procedures. The Trump administration and his zealot apostles in state government have thrown everything into the mix to suppress the vote, up to and including hindering the ability of the Postal Service to deliver the mail (read ballots) in a timely manner and the elimination of ballot boxes to deposit mail-in ballots.  Nothing could be more obvious.  We all know this to be true, even the most hard-hearted Republicans. 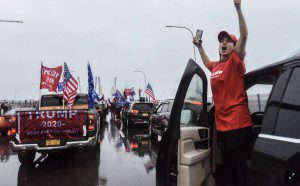 But the magnitude of their hate can only be measured by the infection they have openly spread, as manifested by Trump’s base proudly participating in their movement to thwart democracy at any cost.  When a roving band of vigilante vehicles adorned in Trump flags, surrounds a Biden campaign bus, forcing it to abort campaign  rallies and appearances; When fleets of vehicles jam highways, surface roads and bridges bringing traffic to a halt, it cannot be seen as a show of strength but rather, it betrays their weakness, a loss of confidence in their bully leader to win an election on merit rather than by sabotaging the system.