Power to the Children's Voices in Shaping Politics 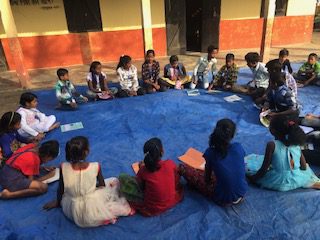 Around the world, millions of people and thousands of organizations refuse to sit on the sidelines as world leaders refuse to lead, big media refused to serve, and corporations plunder the planet.

In India, there over 60,000 Community Childrens’ Parliaments Have formed to serve their communities.  Here is their story:

Around the World, we hear that India is the world’s largest Democracy. But India, once a British Colony, is a younger Democracy that The United States.  What can the United States learn about the Democracy of your nation? 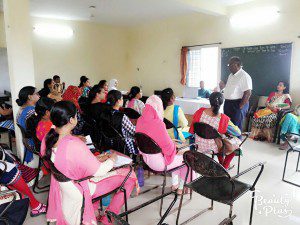 India is a much younger democracy than in America but it also  the largest democracy. But I fully agree with James Madison who said  that “Democracy is a conspiracy.”  He explains, “Rich People, in order to have Political power in their hands permanently, use the consent (vote) of the vast ordinary majority and this is Democracy”. And this statement is more true in the case of India, the largest democracy in the world.

For true democracy to work, the voices of the people must be listened to and honored

Over all, democracy has failed all over the world even in United States. If I remember correctly in the 1990’s,  80% of the Citizens in the US opposed the US going to war against Iraq. But what happened?   The voice of people—democracy was just rejected outright. So, democracy as a system of governance has vastly failed all over the world except perhaps in a few smaller democracies. So I would say, and it is purely my opinion that there is nothing for US, a failed democracy to learn something from India, another failed democracy.

In India, over 60,000 Childrens’ and Community Parliaments are taking matters into their own hands by creating awareness to their communities on certain issues.In this video, the awareness is regarding judicious use of water, the blue gold.

You have said that there are 60,000 regional community Children’s Parliaments in India.  How did this emerge? What and where was the Inspiration for this movement to emerge?

The concept of  children parliaments   started with the disappointment 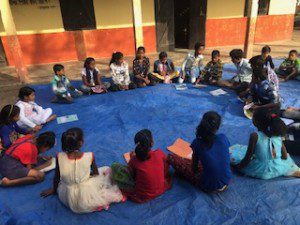 and frustration of democracy, the present failed system of Governance. It was believed earlier that democracy was the best form of Governance. But when it proved itself as a failure, one catholic priest, Father Edwin Maria John came out with the idea of Governance from Below where even the last person can actively and assertively be part of it. Edwin is the founding Father of Neighborhoodization concept in 1970s. Later few socially, politically, economically and environmentally concerned people joined him.

Very much influenced by Gandhian principles of governance from the villages, and Ambedkar’s idealism of party less people’s governance, the neighborhood governance from below was designed about 27 years ago in  1992.

Neighborhood governance (neighborhood parliaments) means that around 30 to 40 families of immediate neighborhood, irrespective of any differences come together to take charge of the day to day governance of the neighborhood. Here all of them will be elected as ministers for various concerns (problems) and they meet once a week to discuss, share opinions, take decisions, prepare action plans and implement the same and thus solve each and every problem in a sociocratical method of functioning.

These Neighborhood parliaments will be networked at various levels starting from neighborhood level to the global level, consisting of representatives from each immediate next lower level. So, a society filled with values like love, brotherhood, equality, justice, peace, sharing, forgiveness, honesty, economical freedom, safe environment and compassion are the objectives of these neighborhood parliaments and their networking at the global level. Hatred, violence, conflicts, wars, killings, poverty, hunger, decease and such destructive and divisive forces would be the order of the past world. 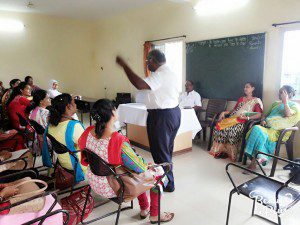 The ultimate dream of these neighborhood parliaments and their networking is borderless countries and border less world.

These organizational practices and their systematic functions should be given enough time to percolate in the minds of people. So it is introduced to children in their child hood itself, so that when they grow and become adults they will be able to practice the same, the neighborhood parliaments.

How can these movements inspire communities in different regions, including the nation I live in, for community members to create their  own unique Children’s Parliaments?

These children parliaments very extensively and very effectively inspire the communities. Their functioning is in the communities. The children ministers
participate in village Panchayat meetings and put forward their request to solve any issue like basic civic facilities, need of libraries, need of conducive situations for
education, stopping alcoholism, preventing corruption, stopping child marriages, stopping child labour, stopping school dropouts, stopping usage of plastics, planting trees, stopping open defecation and so on and so forth.

What is the Ultimate goal of these Parliaments?

“The ultimate goal of these children parliaments is that the whole world becomes filled with values so that every person lives a life of content, happiness, complete peace and enjoy fullness of life.”

Different Nations have different ethic cultures. How do you see the work of the Childrens’ Parliaments working in America, and/or in other territories?

Every Nation whether US, UK or Russia,  whatever nation, is of not only boundaries but of people and every person has the right to live a dignified, content, happy and peaceful life. So, these children parliaments are very very relevant and necessary for each and every nation however small or big it is.

Can the Children’s Parliaments enable Policy Change for all citizens?

When these children parliaments are established country wide, definitely the Government has to listen to the voices and opinion of the children and thus they can surely influence the policy changes of every country as may be needed.

How would a local community begin to enable such a Community Children’s Parliament to take shape and succeed?

Once the local community realizes the need for their children to come together to celebrate their childhood, to share the concerns mutually, to intervene directly in the problems which affect their lives and their communities and to ensure development of their values systems, skills and lives, they, the local community surely will support and encourage these children parliaments.

Finally developing the IQ alone is not enough for a child to be successful in life. But, when the parents and the local community realize that holistic development of child in every area, in every aspect and in every sphere physically, mentally, emotionally, morally and spiritually and this alone will result in making every child a holistic human being, all, everyone in the community will play the important role of establishing and sustaining these children parliaments.

Children parliaments can be started in the neighborhood as well as in the schools. This will be an additional strengthening educational programs for the schools. 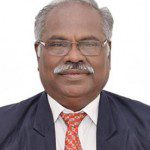 Joseph Rathinam is community organizer and facilitator  who teaches and empowers ethical training of community leadership at the local level through Children Parliaments in India, the worlds largest democracy. He has  organized people at the Neighbourhood and village levels since 1995 and has trained over 4000 NGO’s in India. His Mobilized Profile is found here.