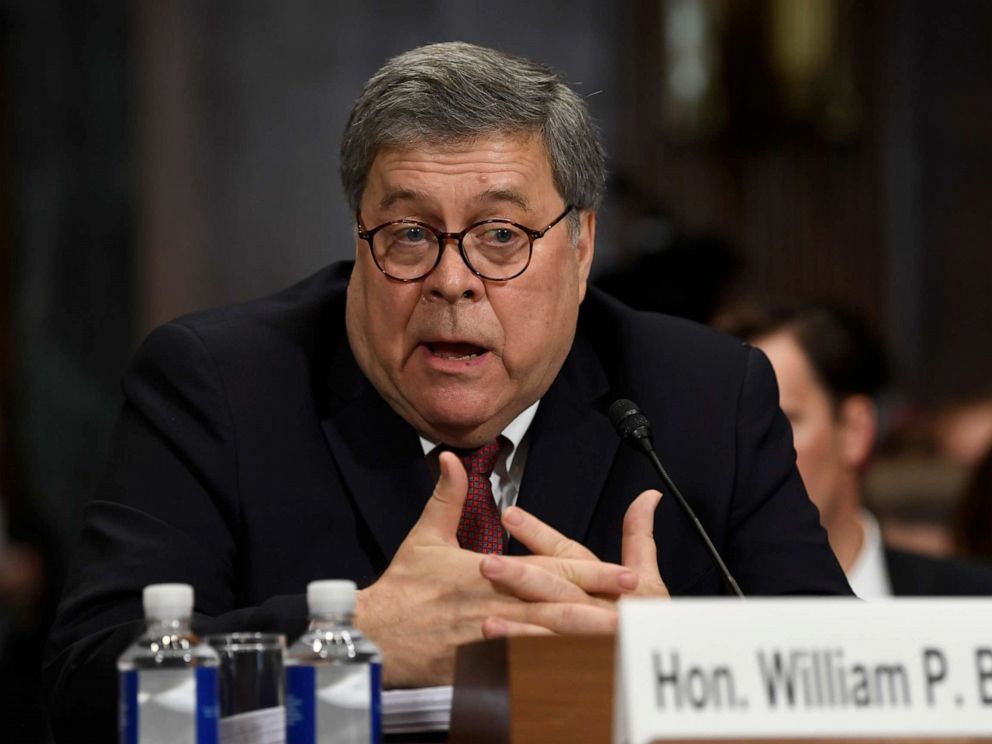 Mothers, don’t let your children grow up to be lawyers.  The sum of their education will be the keen ability to parse single words to defend the otherwise indefensible by highlighting slippery vocabulary. It’s a legal superpower, allowed in court and legislative proceedings that obfuscates investigations and shades truth in perjury-free doubt.  Witness William Barr responding to questions from Kamala Harris as he dwells on the word “suggestion.”

Harris: Has the president or anyone at the White House ever asked or suggested you open an investigation into anyone?

Harris: Yes or no?

Barr: Could you repeat that question?

Harris: Has the president or anyone at the White House ever asked or suggested you open an investigation into anyone? Yes or no please, sir.

Barr: Uh, the president or anyone else—

Harris: It seems you’d remember something like that and be able to tell us.

Barr: I’m trying to grapple with the word “suggest”. . . there have been discussions of matters out there that . . . they have not asked me to open an investigation but . . .

Not since Bill Clinton stalled on the word “is” has there been such a shameless display of guilt. I’m one of the few who maintained at the time that Clinton should have been removed from office after his impeachment, but partisan politics back then was as effective as it is today and Clinton, a disgrace to his office, remained in power because of his success with the economy and a Democrat majority in the Senate. Just think how different things might have been if he had gotten the boot he deserved.  Al Gore would have become President and surely re-elected and the necessary steps to combat climate change would have been implemented more than twenty years ago. No one has a crystal ball and even hindsight is not 20/20 all the time, but we need to wake up to the notion that doing the right thing, however idealistic, will always be the best solution.  It takes both courage and faith to forego personal short-term political damage for long term community well-being. Today is the bridge between what has been and what will be, that determines whether we continue to uphold the self-evident truth of the foundation of American government or return to pre-1776 rule.

All men are created equal under the law, even those who would aspire to be President, and with equality comes responsibility and accountability that no definition of any one word can defy.

Barr’s tactics at his hearing were to run out the five-minute clock on those questions that jeopardized his perjurical potential and to run for the cover of his office and that allowed to Mr. Trump by virtue of his office, whether defensibly legal or not.

The Mueller report did not state that Trump and Trump organizations did not collude.  It said simply that it did not find evidence of collusion.  That is a very different thing entirely, especially when the evidence of collusion exclusively resides with the potential colluders, all unwilling to divulge their culpability.  It’s like an Easter egg hunt where I cleverly placed Easter eggs throughout my yard, so my children can’t find them.  It doesn’t mean that there are no eggs in the yard when they cannot be found. If I don’t tell them where they are, they’ll never be found.

Perjury is a dangerous tool that can be used against criminals defying justice but cannot be used against those who do not or will not testify, or those who twist their answers into meaningless drivel through semantic antics. Barr, after having weathered a withering examination looking every bit the embarrassed fool, is blanketed with Trump’s protection against all inquiry into his potential wrong-doings by forbidding Barr or anyone else from testifying or supporting with documents any look into his activities both before and after his stolen election, financial, unethical or downright treasonous.

Now, the “billionaire” who promised to do for the American economy what he did for himself is unrobed to reveal that he lost over a billion dollars in his Halcyon ten-year period prior to office and as it will surely play out to the fullest, will be eventually actualized as the one promise unwittingly fulfilled in fact, not fantasy.