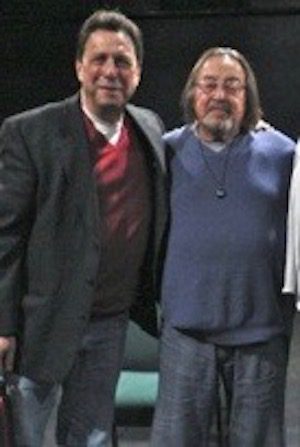 A few things you may not know about Paul Mazursky: He starred in Stanley Kubrick’s first feature FEAR AND DESIRE (also Mazursky’s first movie). He, Sidney Poitier, Vic Morrow were all in their mid to late 20s playing juvenile delinquents in BLACKBOARD JUNGLE. When he was presiding over the Playwrights Unit of the Actors Studio in Los Angeles, it gave him a forum for one of his favorite forms of expression: standup comedy. Mazursky left us six years ago, but he’s very much alive in this PAID TO DREAM interview.