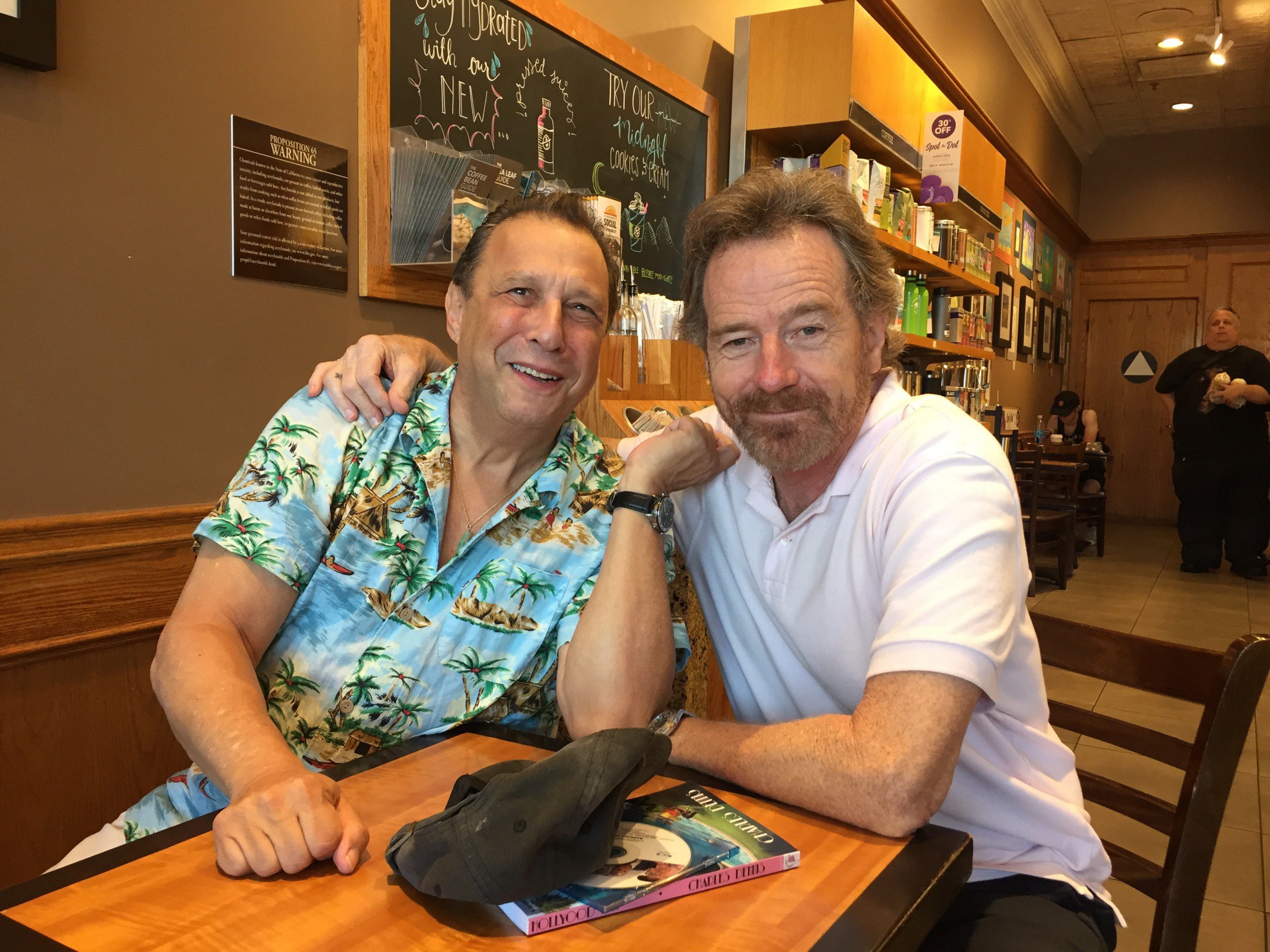 I always knew when it was springtime in Los Angeles because my friend Bryan Cranston was doing a new pilot, which always resulted in an unsold series. Then came the comedy hit MALCOLM IN THE MIDDLE followed by the cult classic BREAKING BAD. Bryan had finally arrived in the pantheon of the elite.

Anthony Hopkins wrote Bryan a now infamous letter that went viral describing Bryan’s work as meth king Walter White “the best acting I have seen – ever”. ” Bryan went on to an Academy Award nomination for TRUMBO and two Tony Awards for ALL THE WAY and NETWORK. Through it all we remained friends and he always turned up for me whether it was recording my play, THE ALCHEMIST OF CECIL STREET, or flying to Vegas to appear opposite me, Ross Benjamin and Sam Gould in HARD FOUR.

He even did a reading of my novel, THE MAGIKER, opposite Richard Benjamin, Linda Purl and Fred Melamed at the Sportsman’s Lodge. We first met on the set of JAKE AND THE FATMAN in Honolulu and the bromance endured. Bryan explained our friendship once: “Charles Dennis is my muse. He’s just so damned funny. I love being around him.” Here’s a vintage PAID TO DREAM interview from the fourth season of BREAKING BAD.