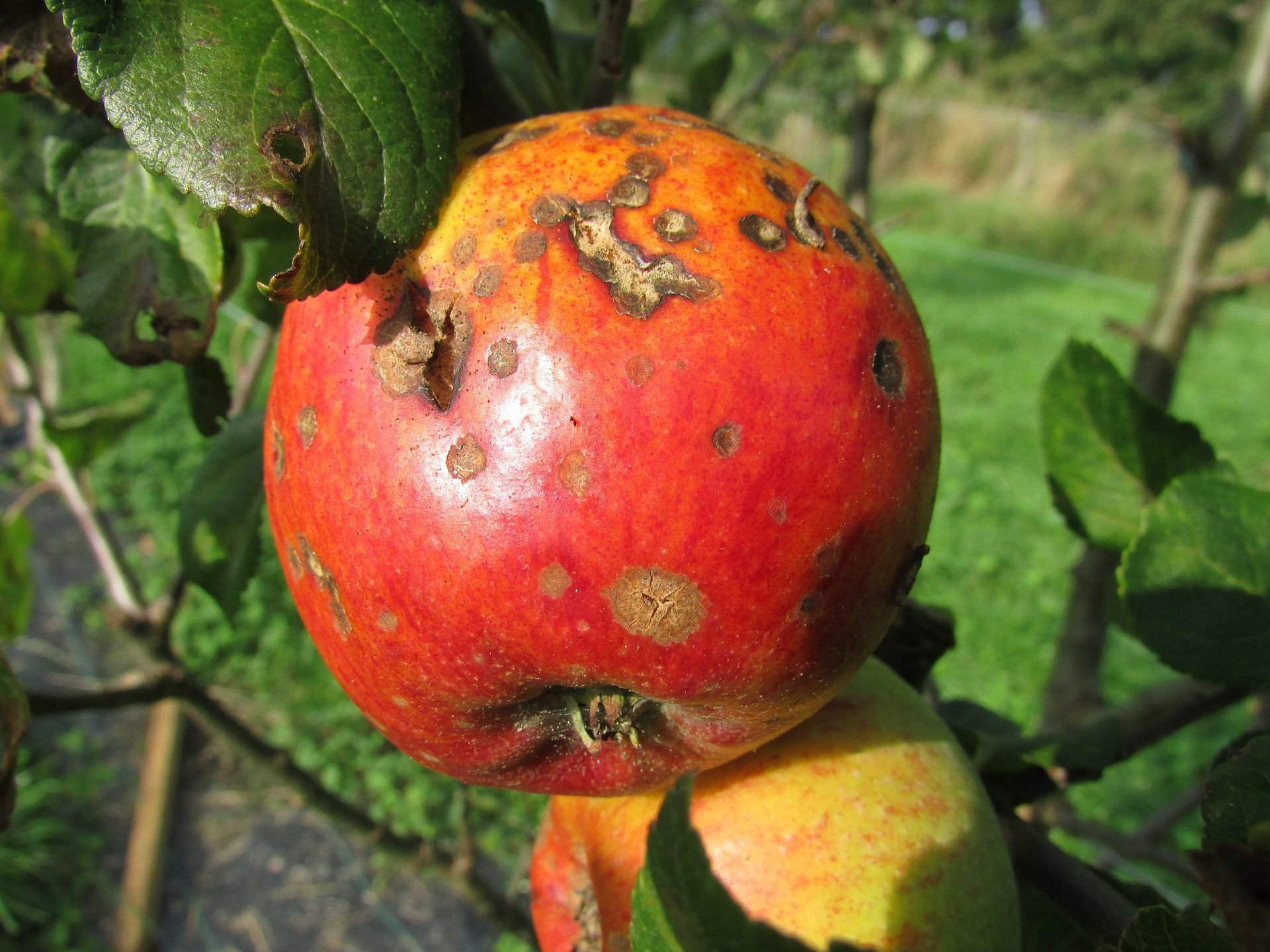 Brazil’s deforestation rate is soaring, adding fuel to a debate raging in the European Union over whether to reject ratification of the $19 trillion Mercosur trade deal in protest of the Jair Bolsonaro administration’s systematic dismantling of Brazil’s environmental regulations and enforcement.

At the debate’s core is a fierce argument over economic and environmental priorities: While agribusiness is undeniably recognized as the leading cause of deforestation in Brazil, it is also the single bright star in the country’s deeply sagging  economy, and the only business sector expected to reliably keep expanding, even in the face of the Covid-19 pandemic.

But a gigantic unanswered question has loomed over that either/or, economy vs. environment, dispute: exactly how much of Brazilian agricultural exports stem from agricultural lands that have been illegally deforested, and where precisely are those lands, and who precisely, is doing that deforestation?

Now a landmark peer-reviewed study published in the journal Science Thursday brings nuance, numbers and a spotlight to that debate. An international team of researchers has found that a fifth, and possibly more, of Brazil’s annual exports to the European Union are potentially contaminated with illegal deforestation.

But most surprisingly, the researchers found that this deforestation isn’t rife across all producers. Instead a very few properties in the Amazon and Cerrado savanna biomes account for a significant share of commodities on illegally deforested lands — products which at the far end of the supply chain end up on European plates.

“In both biomes what we found is that less than 20% [of property owners] are deforesting at all,” says Raoni Rajão, associate professor of environmental management at the Federal University of Minas Gerais and the paper’s lead author. “And while everyone that is deforesting illegally is to blame, ultimately it is very few actors in the sector that are creating a big problem for many.”

Although most of Brazil’s agricultural output is deforestation-free, we find that 2% of properties in the Amazon and Cerrado are responsible for 62% of all potentially illegal deforestation and that roughly 20% of soy exports and at least 17% of beef exports from both biomes to the EU may be contaminated with illegal deforestation.

The study by 12 researchers from Brazil, Germany, Sweden and the U.S. utilized several data sets and high-powered software to analyze more than 800,000 rural properties in the Amazon and Cerrado — the biomes most impacted by Brazilian agribusiness — in order to precisely trace illegal deforestation connected to soy and cattle being exported to the EU.

Importantly, the research identifies 17,557 properties where the most deforestation has occurred within the two biomes — shining a bright light on plantations and ranches that, if the Bolsonaro administration had the will — could be prosecuted, fined, and brought into compliance with Brazil’s Forest Code and other laws.

The study also estimated the associated greenhouse gas emissions from this deforestation.

Aline Soterroni, a guest research scholar at the International Institute for Applied Systems Analysis who was not affiliated with the study said that other remote-sensing platforms like the Brazilian MapBiomas show non-authorized deforestation, which is an indirect measure of illegal deforestation and other studies have previously mapped deforestation risks of Brazilian soy and beef exports to the EU, including risks at the company level. However, “the combination of the existing traceability data with the comprehensive analysis of the Forest Code compliance at the property level is an important step towards the implementation of a monitoring system for the main Brazil commodity-driven deforestation,”

Soterroni added: “The study is also timely regarding the urgent need for responsible trade agreements, given the lack of governance and political will in Brazil.”

Weeding out the “rotten apples”

The long-enduring debate over just how much the agribusiness sector is responsible for deforestation has been polarizing, and has effectively stalled past action. Some environmentalist critics are prone to demonizing the entire agribusiness sector, while producers, commodities firms and agribusiness advocates claim little, if any, responsibility, according to Rajão.

“The regulators, the EU don’t know whom to trust,” he said. “That is why we thought it was really important to separate the wheat from the chaff, or weed out ‘the rotten apples,’ so to speak, in order to show that you can take out those apples and still have a viable sector.”

Those rotten apples have the potential to spoil the entire Brazilian economic harvest. After one of the nation’s worst years for deforestation in more than a decade, combined with record-breaking forest fires in June, dozens of international financial institutions managing US$3.7 trillion in assets have threatened the Bolsonaro administration with divestment if it does not deal with rapidly escalating tree loss. Thirty-eight transnational companies too — including giants Cargill, Amaggi, Suzano, Vale, Bradesco, Alcoa, Bayer, Shell, Siemens — and even Brazil’s past Finance ministers, have strongly warned Bolsonaro to curb deforestation.

The new study also comes at an important time for the ongoing debates around the Mercosur trade deal between the EU and several Latin American countries, including Brazil. The EU is Brazil’s second-biggest trading partner, importing significant amounts of Brazilian soybeans and meat. The $19 trillion dollar EU-Mercosur trade deal would further increase imports. However several EU member states have spoken out against ratifying the trade agreement at this time, specifically citing the loosening of environmental safeguards in Brazil, the rising deforestation rates, and the potential for Europe to import deforestation and carbon emissions vis-à-vis agricultural products from Brazil.

“The Brazilian government has shown a consistent disregard for the climate commitments in the EU-Mercosur trade deal,” Lindsay Duffield, a forest governance campaigner and strategic communications advisor at the NGO FERN told Mongabay. “If the EU approves the deal now, it will send a clear signal that upholding the agreement’s sustainability elements is just an optional extra. The danger is not only that it gives Brazil’s current government a license to continue its environmental and social crimes today, but allows others in the Mercosur bloc and future governments to do the same throughout the life of the deal.”

For critics, the trade deal as it stands largely pays lip service to environmental safeguards, but lacks concrete and concise rules that would regulate agricultural imports connected to tropical deforestation.

According to researchers, the type of fine-grained methodology used in the new paper provides “proof of concept” for supply chain traceability and could be applied on a far larger scale, especially for the commodities that are responsible for the vast majority of tropical deforestation: palm oil, cattle, and soybeans.

“This paper is a good example of how it is possible to conduct due diligence right across the supply chain,” said Duffield. The researchers “are looking at farms, slaughterhouses, and transport paths to the EU. They can pinpoint potential illegality to specific plots of land. It is really useful for us to recognize that it is possible.”

The study relies on large amounts of data already being generated in Brazil, and datasets such as TRASE, a science-based supply chain transparency website that connects regional information on supply chains with global export data. Last month, TRASE released its annual report showing that despite stronger commitments by the EU to ending deforestation, over the last decade the soy exported to Europe was more damaging to forests and global climate than soy exported to China. Another study published last month offered first time ever detailed estimates of greenhouse gas emissions across the entire soy producing agribusiness sector in Brazil.

Commodities firms are also jumping on the bandwagon of traceability. Cargill, one of the largest soy traders in Brazil, recently published a mid-year progress report mapping 100% of its Brazilian supply chain. It was able to show that more than 95% of its Brazilian soy is grown on land that is deforestation and conversion-free. For Rajão, this all ties into one of the core points of the breakthrough study.

“We have the [deforestation] monitoring systems by INPE [Brazil’s National Institute for Space Research], we have registration of 6 million [Brazilian] farmers, we have spatial modeling, and we have the ability to link to supply chains,” he said. “We have at hand the means to reduce deforestation. Now, it really is all about political will.”

Sounding the alarm about illegal logging? There’s an app for that