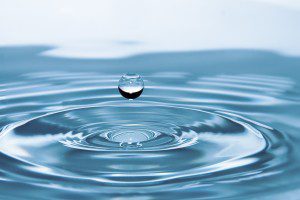 After spending the greater part of my life wrestling with global issues and studying threats to national and human security I celebrated the end of 2018 with just my wife watching the ball drop on TV. As the clock counted down, I was energized as in the last few seconds of a tied college wrestling bout against a beatable opponent. But as soon as the year ended, I felt a sudden uplifting of energy and excitement. I/we have yet another chance (hopefully a whole year) to defeat the triple opponent that every generation must wrestle with. Ignorance, apathy, and distractions. I’ve finally come to believe that these are the primary engines of destruction (perhaps our extinction). And they will only be defeated with the loving persistent application of truth and justice – locally and globally. My wife and I danced (about 3,500 steps according to our Fitbits) and went to sleep after another 30 minutes of deep conversation about how we might spend our last years together on this profoundly amazing planet. Enjoying it or continue efforts to protect it.

I didn’t think in the morning I’d wake up and be moved to tears by reading the Washington Post’s lead editorial. It sliced deep into mind and chest by selecting “the words of Abraham Lincoln’s second inaugural address” and suggested they “ring throughout 2019” as “A resolution for all ages.” https://www.washingtonpost.com/opinions/the-perfect-new-years-resolution-for-2019/2018/12/31/390b175a-0abe-11e9-88e3-989a3e456820_story.html?utm_term=.9e7a8e69ab7c

Before reading it I had read other articles from two of my other favorite information sources, The Washington Times (conservative views) and Scientific American magazine (reality views). I read the Washington Times because of Sun Tsu (his first rule in the Art of War). And Scientific American because of it’s grounded perspective on the reality we must all seek to understand given that we all breath the same air as we float tethered by gravity to our planet – the third planet from the sun, or ‘spaceship earth” as Buckminster Fuller would call it.

In the Washington Times, Daniel L. Lewis’ opinion piece, “Foreign terrains and twisted minds: Terror plots are hatched in the minds of terrorists, not on any specific piece of land” offered a self-evident truth to address jihadi terrorism. He basically supports President Trump’s swift decision to withdraw troops from Syria and Afghanistan by quoting the 9-11 commission report that details when and where those plans were made. Afghanistan was only the place the plans were finalized. Nearly a dozen other countries hosted the planners before that. And, US troops fighting in Afghanistan after 9-11 or anywhere else will not stop future attacks from being planned.

He didn’t mention another not so well recognized ‘self-evident truth’ that terrorist plots are hatched against the US anywhere motivated by the real or perceived injustices that US military interventions have perpetrated in other countries. Military interventions that are nearly always associated collateral damage which is inevitable when war is involved. His thesis essentially supports the goal of the American peace movement’s goal of withdrawing US troops from all other nations. But neither Lewis or the peace movement call for what’s needed to prevent mass casualty attacks in the long run. Global justice. Ensuring ‘liberty and justice for all’. We can best move us in this direction today by adequately funding and urgently achieving the 17 Sustainable Development Goals which would eliminate the root cause of most of the world’s injustices that drive multiple security threats (pandemics, global warming, war, terrorism, poverty…).

The money saved by troop withdraws and cutting the military budget by 20% isn’t enough to fund these vital goals. The good news is that there is no shortage of money in this world if there is the political will to address the root causes of injustice. The flaws in our national and international policies cause them or ignore largely ignore them.

And that’s were the Scientific American letter-to-the-editor (by Kevin Loughran, Belfast, Norther Ireland) comes in. His insight offered a key element essential to us having a thriving, just and sustainable future. He was responding to last month’s SA cover story on the “Evolved Uniqueness” of humans. He said that we are unlike other species in that we “can imagine future possibilities, beyond what we can see or touch now.” True! But, studying current world trends it’s possible that somewhere in the last few decades we either stopped evolving – or got so comfortable with the status quo and simply used our imagination for purely selfish, comforting, distracting, or short sighted objectives.

That’s where the word’s of Lincoln and the uniqueness of our nation fits in. Today we Americans have contrasting values and values regarding patriotism and nationalism. Word’s should mean something. But recently partisanships are arguing over the meaning of the word “Wall”. Of course, there are different uses of the word ‘wall’. A biology cell wall is different than a jail cell wall or a wall between church and state. But we need a clear definition of patriotism and nationalism, if we are going to build a ship of state capable of navigating us safely into the future.

I believe Lincoln would have defined American patriotism as an allegiance our ideals — fundamental principles that would stand the test of time. He once wrote that our Declaration of Independence was our “Apple of Gold” and that our Constitution It’s “frame of silver”. Every American has pledged alliance to our nation — with “Liberty and Justice for All”. Yet our laws, actions and proposed government policies don’t reflect this. They seem to reflect the same interests as every other nation. Viewing a sacred piece of land that’s worth fighting, dying and killing for – with little concern for fundamental principles.

Lincoln’s word reference in the Post were spoke during a great civil war that eventually killed more Americans than all the wars that our nation has fought in since then, combined. Unless we abide by his words and those ‘self-evident’ “truths” initially offered by our nation’s Founding Fathers more Americans will die needlessly. And, hundreds of millions will likely suffer for generations to follow. We need to get it right. Urgently!

We don’t have all the time in the world. The clock is ticking. Our evolution of government has not kept up with the evolution of war and weapons. After the bombing of Hiroshima and Nagasaki a journalist asked Albert Einstein “what weapons did he think World War III be fought with?” Einstein replied that he didn’t know. But he ‘was certain that WW IV would be fought with sticks and stones.’ We know the answer but continue to prioritize the law of force over the force of law. Our imagination is failing us and our children’s future.

As we spend the precious moments of 2019, we need to keep in mind that the problems we are wrestling with is like wrestling with a Grizzly bear. We don’t get to stop when we get tired. We can only stop when the bear gets tired. And no wall, military, or tweet is going to protect us until we get the fundamental principles right.

Wishing us all an insightful, productive, healthy and principled new year!