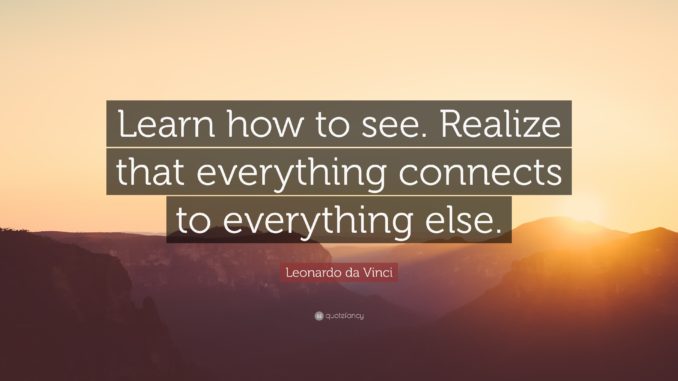 Exactly one year ago my blog post suggested Nov. 24 could be “World Money Day”.  Humanity needs such a day to examine our assumptions about money and its powerful capacity to maximize human freedom and security on our increasingly troubled planet.

We know that money does not make the world go around.  That’s done by natural forces.  Money is only a human concept (perhaps the source of all evil when greed becomes more valued than human needs or the environment) and like most things it has evolved.  Originally it was a mean of exchanging goods and services.  Not it’s a measure of value that we put on things regardless of their importance.

For a humorous account of its evolution watch the first 4 minutes of the recent Netflix movie “The Laundromat” starring Meryl Streep.  It exposes money laundering and its ‘secrets’ linked to global economic and political corruption.   “Secret #1” is “The meek are all ‘screwed”.  If you are an individual unable to afford an offshore account (or one of the three US states where they legally exist) that legally values ‘privacy’ above ‘liberty and justice for all’ (and national security) you are one of the “meek”.  Welcome to the crowd.

The Bible suggests ‘the meek shall inherit the earth’.  Evidence suggest we’ve largely inherited both unprecedented wealth and comforts as well as increasing global chaos and potential for disaster.   And the meek helped create both.  Scientists, engineers, laborers, administrators, wise investors, and a relatively large legal system ensured the first.   A wealthy few and a majority of US policy makers (whom we have largely ignored) legally rigged the national and global economic system to their own greedy advantage, while ignoring or accelerating the global chaos.  Their advantage and the chaos continue to grow.  Meanwhile, the rest of us are so busy with other things (both meaningful and trivial) that we ignored this rigging.  We trusted our law makers to protect our best interests.  They didn’t.

I dare you to make a list of unsustainable trends that persist with virtually no chance of us stopping anyone of them without a serious crash happening first.    Laws could be passed to stop or prevent such crashes, but political party loyalty appears to be more powerful than sustainable public interests.  Advances in technology have only accelerated the globalization of money, environmental problems, health threats, a new arms race, the proliferation of WMD, mistrust in government, and the population of hateful/violent extremists.

Back to Darwin.  Most people without a science degree believe that the fundamental product of evolution is that ‘only the strong survive’.  This is a profound misrepresentation of the fundamentals of Darwin’s theory.  It’s likely that those wealthy enough to establish an offshore account – and stash their millions into it- believe that ‘only the rich survive’.  Or, at least have the most fun, freedom, and security before passing their mega wealth onto their offspring in hopes of enhancing their survival chances.  If these monstrously wealthy individuals really understood the acceleration of the wide range of threats to all humanity (including their own offspring) they might focus less on stashing additional wealth into the $32 trillion (2014 estimate) already stashed there.  Stashed by them, oligarchs, kleptocrats, drug cartels, and violent extremist groups, all protected by privacy laws.

In evolutionary terms physical strength or economic wealth will ultimately be useless for anyone’s health or survival.  In reality we are all irreversibly dependent on one another for the health and essential maintenance of the multiple layers of vital systems and structures in our bodies, governments, and environment.  Systems and structures we all rely on every minute of every day for our ultimate survival.

In almost any likely future our dependence on each other and smartly engineered technologies will be essential to responding to or recovering from any catastrophic event.  Understanding this, it makes economic sense to adequately invest now in preventive measures as well as adequate preparation measures to empower our resilience.

Given the pace of technological change and absence of any effective governance systems at the national or global level now, our local and state governments will likely be overwhelmed and unable to cope with most of the coming threats (pandemics, coronal mass ejections, debt sparked economic collapse, bioterrorism, AI, WMD proliferation, loss of our antibiotic arsenal, mass species extinctions, global warming, refugee flows, asteroids…) some of which are existential threats and some that are inevitable.

Our government rarely does what makes sense. It responds, if at all, to squeaky wheels.  Investments in prevention appear as un-American.  And ethics appears as something taught in places of worship and colleges but not government or business schools.

Most damaging may be our comparatively sick culture that we as a nation has adapted to over the last few decades.  Our lethal obesity rate, suicide rate, debt, declining longevity, mass shootings, opioid deaths, and loneliness epidemic are some of the more obvious symptoms.  Uncivil political discourse, mistrust in institutions (political, economic, religious, educational…) and the belief that either disarmament or a stronger military will keep us safe, misses the fundamental truths.

We were supposed to hold certain truths to be self-evident.  We have frequently pledged before our flag, “liberty and justice for all”.  But we largely expect things to get better without investing time, money, intellect, and the American spirit” into building a more perfect union or applying the Golden Rule.

The fundamental survival principle that Charles Darwin offered humanity in ‘The Origin of Species” is the survival enhancing protecting of genetic diversity –  and its prime benefit of adapting to changing conditions.  We put too much emphasis on monocropping our diversity and adapting our natural environments to support ‘our kind’ and our comforts to the extent of risking our future.   Our sciences and engineering capacity yielded unprecedent power to change things for the better – or for the worse — depending on our basic values and intentions.  Meanwhile, the world’s major religions offer us the most fundamental principle for cooperation and justice – the Golden Rule, another powerful (and I believe genetically coded) survival tool.

Unfortunately, our individual minds and bodies desire to defend flawed concepts, seek comfort and pleasure while ignoring the fundamental needs of others as well as the essential environmental processes that all of life depends on.   This mental tendency continues to divide us by nationality, ethnicity, sexual preference, religious beliefs, political ideology, and economic standing.

What is required is the understanding that if we don’t change, we will not survive the coming chaos.  Rapid change is essential to preventing inevitable chaos (see unsustainable trends list), and best preparing for the chaos we cannot prevent.

Rapid change will require a well informed and well-organized citizenry who understand that voting is essentially useless if we stand back between elections and allow well paid lawyers and lobbyists to continue rigging the legal system that ‘we the people’ are fundamentally responsible for.  Both political parties have allowed this rigging and appear gutless to stop it.  That leaves it up to us (from every political party), to change the system, or continue getting screwed.

We need a holistic approach to the enormous list of problems now before us.  None can be prioritized except making rapid and sufficient investments in the preventive measures the world agreed to at the UN for the year 2030.  Lacking trust or enthusiasm in the UN is understandable.   But the fact remains, that our global interdependence demands we invest in achieving the 17 Sustainable Development Goals before 2030.   Globally protecting human rights instead of continuing to defend the flawed concept of national sovereignty can we dampen the chaotic foreign forces walls won’t stop.   Tapping the corrupt global economic system that allows trillions in profits to be stashed in offshore accounts is the place to start.

A movement of progressive movements could achieve a global ban on private ‘investment’ havens’ and then freeze and seize some of trillions stashed in them.   More than enough money there for creating a sustainable heaven on earth for all our planets inhabitants and their offspring.

Things change.  Can we?  Can we evolve?

Notes on a cup of coffee