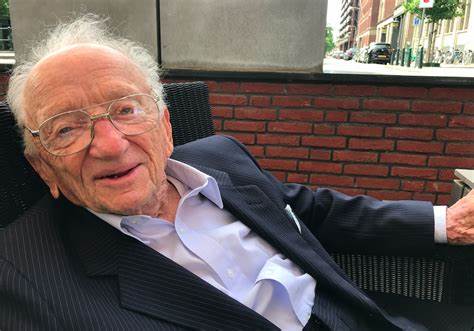 Given the death toll from COVID-19 and the continuing public outcry over police brutality in the United States, it may have gone largely unnoticed that on June 11, President Trump issued an executive order targeting the International Criminal Court (ICC), the Hague-based war crimes tribunal that the United States has refused to join.

The order, which has prompted harsh condemnation from the international justice community and other concerned stakeholders, comes on the heels of a recent ruling by the ICC authorizing an impartial investigation into war crimes and crimes against humanity alleged to have been committed by the various parties to the conflict in Afghanistan.

The order seeks to impose economic and US travel sanctions on any foreign person “directly engaged in any effort by the ICC to investigate, arrest, detain, or prosecute” personnel of the US or our allies without prior consent of their respective governments.

In announcing the sanctions, Secretary of State Michael Pompeo accused the ICC of being “highly politicized” and a “kangaroo court.” He said that the ICC would have done well to “do the right thing and kill the investigation.” Given that Pompeo was a director of the CIA when that agency is reported to have been complicit in the commission of war crimes committed by Afghan operatives, his views may perhaps come as no surprise.

As the sole surviving prosecutor from the Nuremberg Trials, I believe a few words are in order about what the ICC is and what it is not. Contrary to the current administration’s anti-ICC rhetoric, the court is neither unaccountable nor anti-American. It is a treaty-based organization whose statute has been ratified by 123 countries, including 27 of our 28 NATO allies.

Significant safeguards and limitations have been built into the ICC’s operating structure to assure that it does not become some sort of supra-national court run amok. Its judges and its prosecutor are elected for fixed terms by a governing assembly representing each of the court’s 123 member states, and they, along with the deputy prosecutor, the registrar and the deputy registrar, may all be removed from office for improper conduct.

It may hear cases related only to four specific crimes: genocide, war crimes, crimes against humanity, and the crime of aggression. Its jurisdiction is generally limited to crimes committed by the nationals or on the territory of the states that have signed up to the court or that have voluntarily agreed to its jurisdiction. It has no enforcement arm of its own and must, therefore, rely on the cooperation of policing personnel from countries around the world to enforce its arrest warrants. Without such support, the ICC is relatively powerless.

The ICC recognizes the primacy of the national courts of all nations, including the United States. Its operating statute provides that countries which are willing and able to prosecute their own citizens may do so in their own domestic courts and that such rights supersede the jurisdiction of the ICC.

It is only where national courts fail in their obligation to genuinely and impartially investigate their own nationals that the ICC may move forward in exercising its jurisdiction. It is a court of last resort designed to assure that otherwise voiceless victims of atrocity crimes may ultimately have their day in court, whether it be before national courts or before the ICC itself if necessary.

Nations that uphold the law in their own courts need have no fear of ICC investigations. Having said this, countries with a record of pardoning war criminals who have been duly convicted by their own military courts of crimes as serious as the murder of unarmed detainees should be aware that such a pattern of conduct does little to enhance a country’s reputation for genuinely upholding the rule of law.

At Nuremberg, the United States and its allies tried Nazi leaders who dragged their nation into war to the tune of Deutschland Uber Alles. They considered themselves a law unto themselves, and it was their undoing. The Nuremberg Trials were intended not as victor’s justice, but to help establish a rule of law to deter future international crimes, regardless of who the perpetrators might be.

This point was clearly articulated by the American chief of counsel at the International Military Tribunal, Robert Jackson who, standing at the podium in Courtroom 600 in Nuremberg, emphasized that “while this law is first applied against German aggressors, the law includes, and if it is to serve a useful purpose it must condemn aggression by any other nations, including those which sit here now in judgment.”

It is true that the ICC has had its share of start-up woes, as did our own Supreme Court during its earliest decades. It is a relatively young institution that relies on the cooperation of countries around the world to bring perpetrators to justice. It is a challenging task, as not all countries make the cooperative effort that they should. But it is much too early to suggest that we should throw out the baby with the bathwater by condemning or by threatening the ICC. To do so is to repudiate Nuremberg and the rule of law for which so many around the world have sacrificed.

There was a time when the United States was looked upon as a bastion of leadership and of hope. As a nation, we produced statesmen such as Elihu Root, who served as a US attorney, Secretary of War, Secretary of State, US senator, and the founding president of the American Society of International Law. In 1913 he received the Nobel Peace Prize for his efforts to establish an international court. Though he studied elsewhere, there has long been a special room at Harvard honoring him. It was established in 1939, shortly before I arrived there as a law student. Above the doorway are words that inspired me then and inspire me still: “Make us effective and useful for the advancement of the cause of Peace and Justice and Liberty in the World.” Attacking the International Criminal Court for simply doing its job is most assuredly not the way to do that.

Friday was International Criminal Justice Day, a day on which the world recognizes both the passage on July 17, 1998 of the Rome Statute treaty that established the ICC as well as the hard-fought achievements and ongoing efforts at the ICC and elsewhere to secure justice for victims of the world’s gravest crimes. Having reflected on the importance of international criminal justice, we Americans today have some serious soul-searching to do and questions to answer. The rule of law is at peril, and so is our credibility and standing in the world.

On behalf of the countless victims of atrocity crimes around the world who look to the United States for moral leadership and to the ICC for help in the fight against impunity, I respectfully urge President Trump to reconsider the matter and to rescind his recent executive order and its sanctions.