Nov 29: International Day of Solidarity with the Palestinian People: 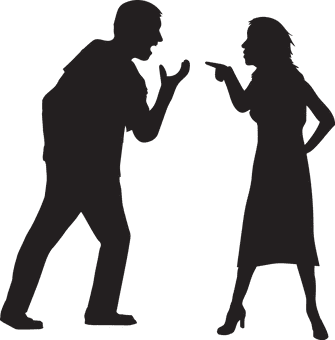 Nov. 29 This day 71 years ago the United Nations voted for the partition of Palestine and the creation of an independent Jewish state despite strong Arab opposition.  For a more detailed history of events leading up to this partition, click here:

This day is intended to affirm that Palestinians lives matter too.  But at least two things must happen before this fundamental truth can be actualized in today’s world.

First, the majority of the Palestinian people need a decent quality of life and the courage to demand of their own leaders that the Jewish people need a dependable sense of security.   Everyone needs these things, but ideologies and conflicting fact and faith based historic narratives prevent it.

Second, the government of Israel, the US, and any other nation that holds national sovereignty dominant to the protection of the most fundamental human rights (Life, liberty and the pursuit of happiness) must change their violence triggering perspective.

There have been many proposals on how to resolve this seemingly endless middle-east conflict that contains within it the seeds of Armageddon.   The genius and insanity of some of the proposals below should be obvious. They are listed in no logical order except for the last which appears to be the only non-violent path that world leaders have agreed upon.

The Two State Solution:  Giving Palestinians their own ‘independent’ state only perpetuates the same insanity that exists between all nation states today, the illusion of security through the concept of national sovereignty.  It appears to be a step forward but instead it is a side step away from achieving maximum freedom and security for Jews, Palestinians, and all of humanity.

Genocide:  The possibility of a second holocaust is real given three factors.  First the persistent injustices suffered by millions of Palestinian people that are largely the result of the lethal consequences of national sovereignty policies and the powerful weaponry of two nation states most interested in maintaining the status quo of injustice.  Last, and most terrifying, is the possibility of some anti-Semite biologist developing a biological weapon that could target a specific genetic variant within the Jewish genome. Predictably, Jewish biologists working with other.

Land for peace:  The idea that negotiations between leaders arriving at an agreement on clear border lines delineating which lands will belong to whom sounds logical.  But that’s not a principle nation states are known for.   If this agreement could be reached by some miracle without a war, it might include an enforceable means of motivating people on either side to refrain from killing anyone on the other side.  It would require an entirely reliable neutral party to enforce this law with any conviction of a first-degree murder by one side would result in the forfeiture of certain sized piece of land from the other side.  And the side that lost a life would get to choose where the parcel of land would be taken from on the other side.

Demographic transition/war:  The unequal population growth rate of both factions will inevitably become lopsided to the extent that any democratic attempt to politically resolve their differences will likely spark a civil war or genocide.  The use of force will likely remain the deciding factor in stead of the force of just laws.

Nuke Jerusalem.  If the dispute over ownership of ancient holy lands is unresolvable, then eliminating the disputed land, or a credible threat to do so, may be the only other option for avoiding Armageddon or perpetual violence by competing sides.

Make Israel the 51st State of the US:  Details

World Federation:  This form of world government could outlaw war by holding nation state leaders accountable for acts of war, genocide, or crimes against humanity.  But it would have start by putting the protection of human rights ahead of the rights of nation states (national sovereignty) or cause a global civil war like the US experienced because its original version of the Constitution because it allowed states’ rights dominion over the most fundamental human right of freedom.  It appears humanity is not wise enough to take this preventive measure to war but might attempt it again if humanity survives another world war…or Armageddon.

The Second Coming of Jesus:  Lacking God’s protection this time around Jesus would probably be considered a terrorist and dealt with accordingly.  The mindset of nation states and leaders of other religions just wouldn’t allow such a loving transformation of humankind’s treatment of others.

Achieving the SDGs by the year 2030:  At the cost of trillions of dollars this would be wisest money ever spent.  If all the world’s people could not fear for their most basic needs or the loss of their most basic freedoms, the world would have a non-violent chance at building heaven on earth.