Has Ontario, Canada Figured out how to solve the job crisis?

Tips for You to "Save the Planet" 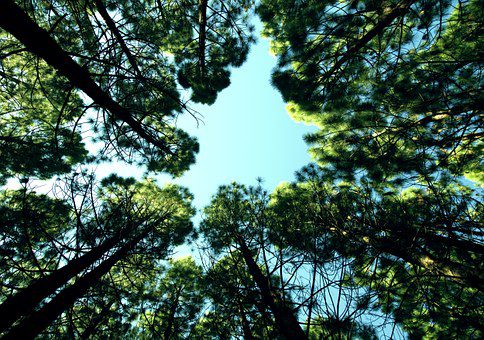 The wood used at seven stations has been certified by SCS under Programme for the Endorsement of Forest Certification (PEFC) and Responsible Wood (RW) Chain of Custody Project Standards, and one additional station has been certified with a Forest Stewardship Council® (FSC®) Partial Project Certificate.

Additionally, the timber used on four multi-story parking structures, with space for more than 4,000 vehicles, has also been certified as responsibly sourced under the PEFC and RW Project Standards.

The Sydney Metro Northwest project is the first project of its kind to earn a responsible timber project certification. Transit operations commenced within the system on May 26, 2019.

SCS Global Services conducted the certification assessments under the PEFC/RW and FSC standards. Independent, third-party certification ensures that timber comes from responsibly managed forests, and that transparency has been maintained throughout the supply chain. Since the first FSC project in Australia in 2010, SCS has certified all FSC and or PEFC/RW projects in Australia.

“The Sydney Metro Northwest project is a milestone for Australia, and we are proud that it reflects the country’s responsible sourcing goals. It was a complex undertaking, and it is very rewarding to see it completed. SCS helped ease the certification process and enabled us to be the first to achieve a project certification of this magnitude. We hope to set the precedent that project certification is a significant and worthwhile endeavor for other Australian projects.”

“Projects of this scale and profile are key to driving change in supply chains and educating stakeholders, suppliers and the general public about sourcing responsible forest products. Third-party certification was essential for this large-scale project to meet Infrastructure Sustainability Council of Australia rating tool requirements as it enabled Sydney Metro to demonstrate responsibly sourced timber with a backed guarantee from SCS’ audits. SCS conducted multiple assessments over the course of the project to confirm only responsibly sourced timber was purchased and used on the project. SCS congratulates John Holland, CPB Contractors, and Sydney Metro on their successful project certifications, and we are proud to have this public project exemplify the conscientious use of our forests.”

With the release of the Australian FSC Forest Stewardship Standard in 2018, we look forward to working with domestic forest managers to increase the supply of FSC certified timber so that projects seeking Australian FSC timber certified can achieve FSC Project Certification.”

Can the Fashion World transform their carbon and water footprints?