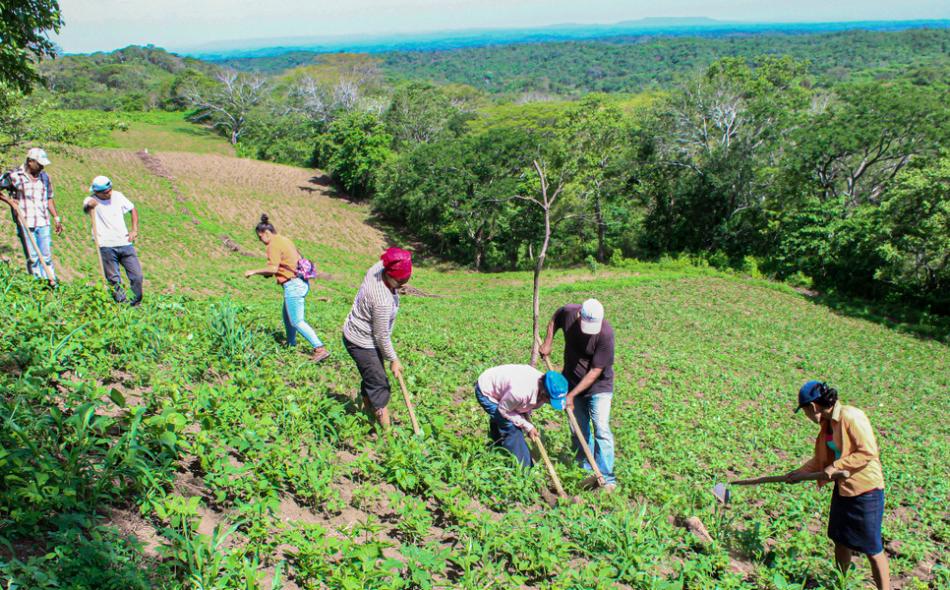 On World Food Day, more than 65 groups call for more just approach to policy development and multilateralism
October 14, 2021
Today, in advance of World Food Day, more than 65 United States-based farmers, food and trade justice advocates delivered a letter to the Biden administration urging the U.S. government to fundamentally reorient its approach to global policy development on food and agriculture issues.

Urgently needed reform to agriculture and farm policy must prioritize the rights and livelihoods of workers, food producers and frontline communities; ensure food security through food sovereignty in the U.S. and abroad; mitigate climate change and restore biodiversity; and address corporate power throughout global food systems. A reoriented approach would better align with the administration’s commitments to human and worker rights, racial and gender justice, trade reform and addressing climate change.

“The previous administration did everything possible to further entrench the stranglehold of corporate agribusiness over the world’s food supply by trampling worker rights and denying small scale farmers world-wide their right to grow the crops they wish, in the manner they wish to feed their own populations. We demand better from the Biden administration. Human rights cannot be ‘bestowed’ by governments or corporations, they can only be recognized and respected. Rather than telling people and farmers what they need, the Biden administration must, in the spirit of the 1948 Universal Declaration of Human Rights, ask them what they need. U.S. federal agencies and government officials, especially those working directly with the United Nations, must work to achieve those needs rather than continuing to promote the profit-oriented agendas of multinational agribusiness,” says Jim Goodman, Board President of the National Family Farm Coalition.

The organizations sent the letter amid three major international events related to food and nutrition security: The controversial United Nations Food Systems Summit (UNFSS), a forum for advancing corporate agribusiness interests held in New York in late September; the U.N. Committee on the World Food Security (U.N. CFS) plenary currently underway; and World Food Day on October 16. The letter also comes as a response to the experiences of civil society as it engaged in food and agricultural policymaking at the CFS earlier in the year, where the U.S. delegation systematically sought to block human rights centered approaches, even as other delegations sought to advance human rights as key to food system transformations and universal food and nutrition security. In the wake of these events at the summit and during the CFS plenary, the demands of the food, farm and trade justice advocates for just, human-rights centered food system transformations are timely and must be heard.

The letter encourages a new direction for U.S. government engagement with the CFS and the three Rome-based food and agriculture agencies. These U.N. agencies and policy fora are critical spaces for technical, logistical and financial support to small-scale food producers worldwide, as well as political dialogue for inclusive policy development. Yet, in these spaces, the U.S. government has continued to promote a policy agenda that supports the narrow interests of corporate agribusiness, and recently, the U.S. delegation to the U.N food and agriculture agencies has been defiant and obstructionist of CFS policy processes.

“The collective force of social movements and civil society from all regions of the world has uplifted basic human rights to be included in policy negotiations at the Committee on World Food Security. We will defend our space and the mandate of the CFS. We ask that the U.S. government recognize this commitment to end hunger and food insecurity through food sovereignty and agroecology and support our efforts,” says Patti Naylor, member of Family Farm Defenders and National Family Farm Coalition, who facilitates the North American civil society regional representation to the CFS.

On World Food Day, as the U.S. is reentering the global community under President Biden’s leadership, the U.S. should fully support the U.N. system as the most transformative multilateral space for international cooperation towards shared goals.