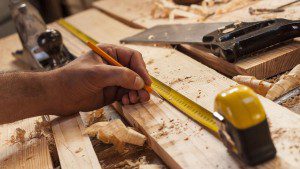 But the Toobin affair, if we can call a solo act an affair, highlights certain inequities in a system of righteous consequences that parses male sexual transgressions into those that are forever exiled and those who are eventually forgiven. Toobin’s offense was that he was careless and stupid, and since no one else was victimized and his intellect is seemingly intact, his public humiliation serves to justify his temporary absence from his role as CNN pundit and writer for The New Yorker, more or less analogous to the concept of “time served.”  No doubt he will re-emerge after claiming a successful therapy changed his life for the better, or by embracing a variant of born-again redemption.

Now compare that to Al Franken, whose singular offense was to air-mimic feeling-up a sleeping woman’s breasts in a comic photo aboard a military transport, never actually touching or disturbing the woman. The former SNL comic-clown turned Senator felt so disgraced that he was compelled to resign the Senate, forever exiled.  Last night he emerged on “Real Time with Bill Maher,” uncomfortably stumbling his way through a series of non-sequiturs with Bill, reaching for jokes that never connected and then feeling the need to explain them, and yet, still failed to make himself understood. It was as if he had arrived at the studio in a drug-induced state and further fueled his total befuddlement by imbibing the “green room” nerve-calming offerings.  It was the low point in an otherwise declining career.  A brilliant mind wasted.

His taped admission to Bob Woodward reveals a premeditated act of malfeasance that in any other universe constitutes negligent homicide, when in January of this year with full knowledge, he failed to inform the American public of the coming pandemic. Trump told Woodward that “this thing is a killer if it gets you. If you’re the wrong person, you don’t have a chance.”  Woodward, “So this rips you apart?” Trump adds. “It is the plague,” Yet on April 10th, three days before the Woodward interview, Trump misled Americans tweeting, “The Invisible Enemy will soon be in full retreat!”  In a subsequent on-camera interview Trump wallpapered over his role misleading the public by saying he was trying to keep people “calm” and avoid inciting a “panic.”

But as any good investigator knows, once you get individual co-conspirators in a room by themselves, they are likely to instinctively slip into what seems to be a harmless explanation to justify their actions, unaware of the linkage to previous revelations by their partners in crime.

So it was with prostrated supplicant Jared Kushner.  In a mindless revelation to “Vanity Fair,” he outlined the three stages of Trump’s strategy: “the panic phase, the pain phase and the comeback phase.” He explains, “We’ve now put out rules to get back to work. Trump’s now back in charge. It’s not the doctors.” Kushner regarded the process like a divorce proceeding. “We have, like, a negotiated settlement.”  The plan all along was “ a way of getting the country back from the doctors.”

Rather than, as Trump claimed, to avoid panic, his plan allowed for panic, followed by a manipulated period of pain, shifting all responsibility for mitigation to the individual governors of each state to bear the public health burden.  In the comeback phase, a heroic Trump would “own the opening,” as Jared claims. Trump’s plan was to restore the economy by creating and defeating adversaries–the doctors and the governors—“One of the things that the president’s great at is he’s a cheerleader. He’s trying to make people feel good about the outcome” placing all his chips for an ultimate solution on the distant release of a yet-to-be vaccine and the impossible concept of herd immunity.

Both Jared and Trump would do well to apply the old carpenter’s rule, “measure twice and cut once” before speaking publicly on record.

Are They Talking To You?