Life’s profusion and the struggle to save the Amazon 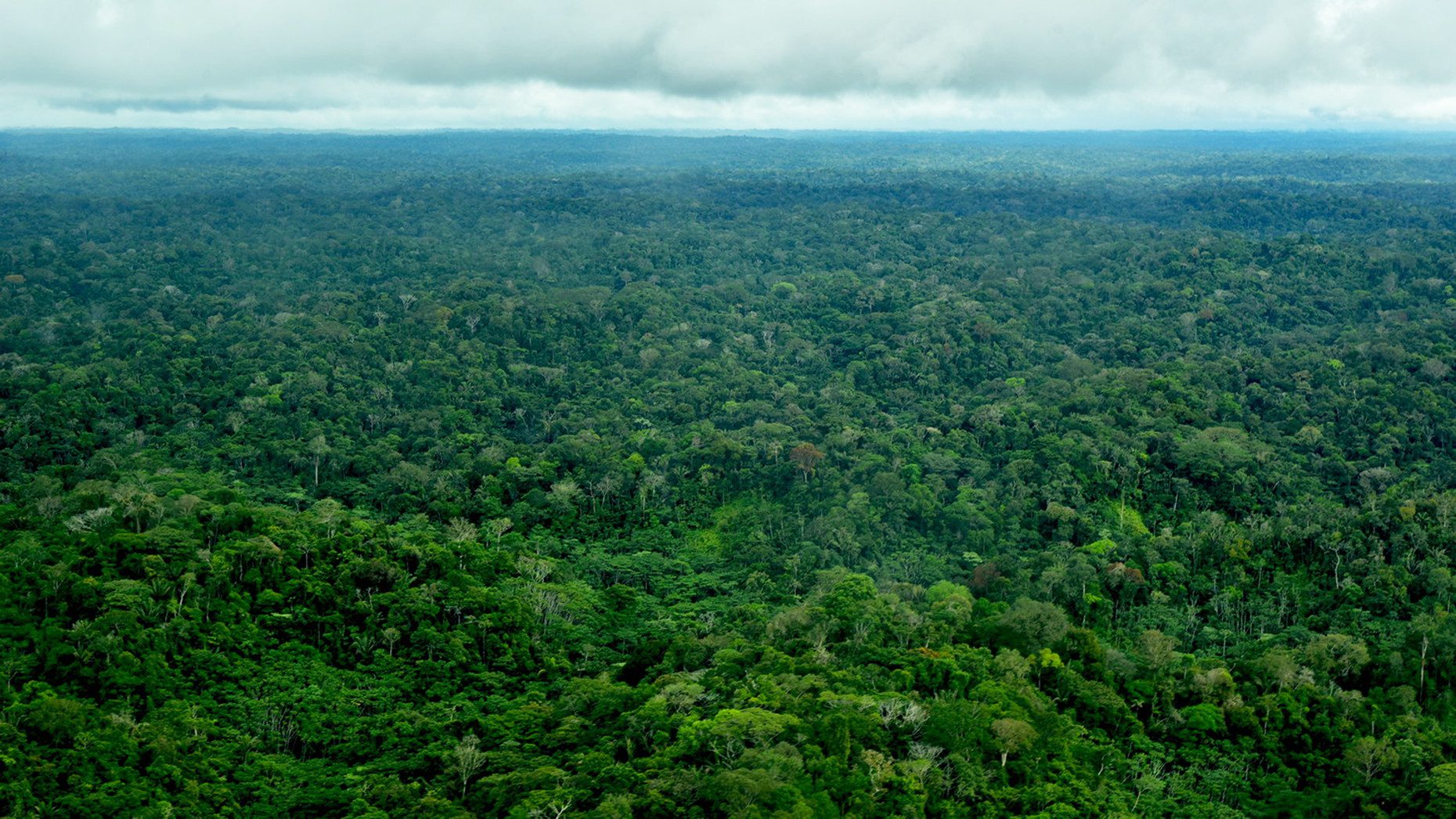 The first thing that struck me as we took a flight from the town of Shell into the forest camp of Naku, was the expanse of rolling green hills below us. For half an hour, we flew over thick forest, with tall canopy-breaking trees standing out above the carpet of green. For the first time ever, I truly appreciated what an incredibly vast forest is the Amazon.

I was in Ecuador in July this year, invited by groups that are attempting to help the indigenous people of the Amazon here and in Peru to protect their territories from oil exploitation and mining. As we touched down in the village of Llanchamacocha and took a canoe to a small tented camp that the local Sapara indigenous community have set up, I got a fuller taste of the diversity of life here. There was a profusion of plants, from tiny lichen and fungi to tree-size ferns to giant trees easily towering 70-80 metres above us. Over the next 4 days I marveled at the explosion of insect and bird life every time the sun came out (the rest of the time being cloudy and often rainy… showing its true character as a rainforest!). Everywhere I looked there seemed to be a different species of butterfly or grasshopper or beetle, each outdoing the other in colours and patterns. Overhead, comical looking toucans and myriad other birds screeched and sang; I could not even see the source of several calls in the thick forest. Occasionally a tiny hummingbird, one of them no bigger than a big bee, would hover in front of some flower, then momentarily disappear. Equally real was the legendary knowledge of the local people (so much so that it has been recognized by UNESCO as part of humanity’s ‘intangible heritage’). Manari Ushuguay, a local shaman, took us on a walk through the forest and told us the uses of several species. Every few steps he would stop and point: (holding a vine snaking up a tree) ‘this is the source of curare’, or (scratching a tree bark and taking out some whitish paste) ‘this resin acts just like botox, any of you want to look younger?’, or (plucking a tiny bell-shaped mushroom), ‘if you are hard of hearing, this can help if you place it in your ear’. He also constantly stressed that everything was alive, everything had a spirit, and that respecting this was at the core of how they treated the forest. It was such a refreshingly contrasting approach to what the mainstream economist or politician would tell us, how a forest is all about timber and pharmaceuticals and carbon, valued in monetary terms.

But because of this extractivist, developmentalist mindset, the world’s largest and most diverse forest is threatened by oil exploitation, mining, industrial-scale livestock and agricultural expansion. And, as most recently witnessed with horror by people worldwide, uncontrolled fires. Even on lands that are supposed to be reserved for wildlife or for indigenous peoples, governments are giving concessions for oil or mining. This is what the Sapara and other indigenous, small peasant, Afro-descendant and other Amazon peoples are fighting against. Already they have been faced with decimation, tens of millions having been murdered or killed by diseases introduced by the Spanish colonialists against which they had no immunity. From an estimated 20,000 at one point, the Sapara are down to a population of about 600, mostly caused by diseases brought in by outsiders who also enslaved them for the rubber trade and other commerce. Fortunately the population is now stable, but any new factor such as incursions by oil extraction and mining could tip it over towards extinction.

Not only are they resisting, they are also experimenting with alternative livelihoods, which enable them to continue living with the forest and enhancing or sustaining their well-being. The Sapara have started a community-led tourism initiative at Naku (which means ‘forest’ in Sapara language, itself almost extinct). But instead of a typical tourism venture, it is centred around healing, with the Sapara’s own sophisticated knowledge of nature being used to help visitors get cleansed of the toxins they come with. I (and other colleagues) were lucky enough to be given this treatment; best of all was that Naku has no Internet or phone connection, and the pace necessarily slows down to a much more human, gentle level. Most fascinating and humbling were the narratives about how the Sapara live through interpreting their dreams, listening to the voices of their ancestors, and in communication with the spirits of all the elements of nature around them.

This short trip provided the perfect backdrop for a meeting of the Global Commission of the Amazon Sacred Headwaters Initiative, in Quito. This initiative is a partnership of several indigenous networks in Ecuador and Peru, and groups like Pachamama Alliance and Amazon Watch, aiming to make a solid proposal for the conservation of 30 million hectares of the Amazon and the livelihoods of its residents. Given the enormous state and corporate pressure to open up the region for oil and other mining, this quest is going to be about as hard as scaling, without props, one of the Amazon’s towering trees. But local peoples have hardwood-strength resolve, and with sensitive global support, they could well scale these heights. How ‘ordinary’ people can show us ways out of global crises