Jane Fonda: "It’s not just a climate crisis. It’s a crisis of empathy and justice". 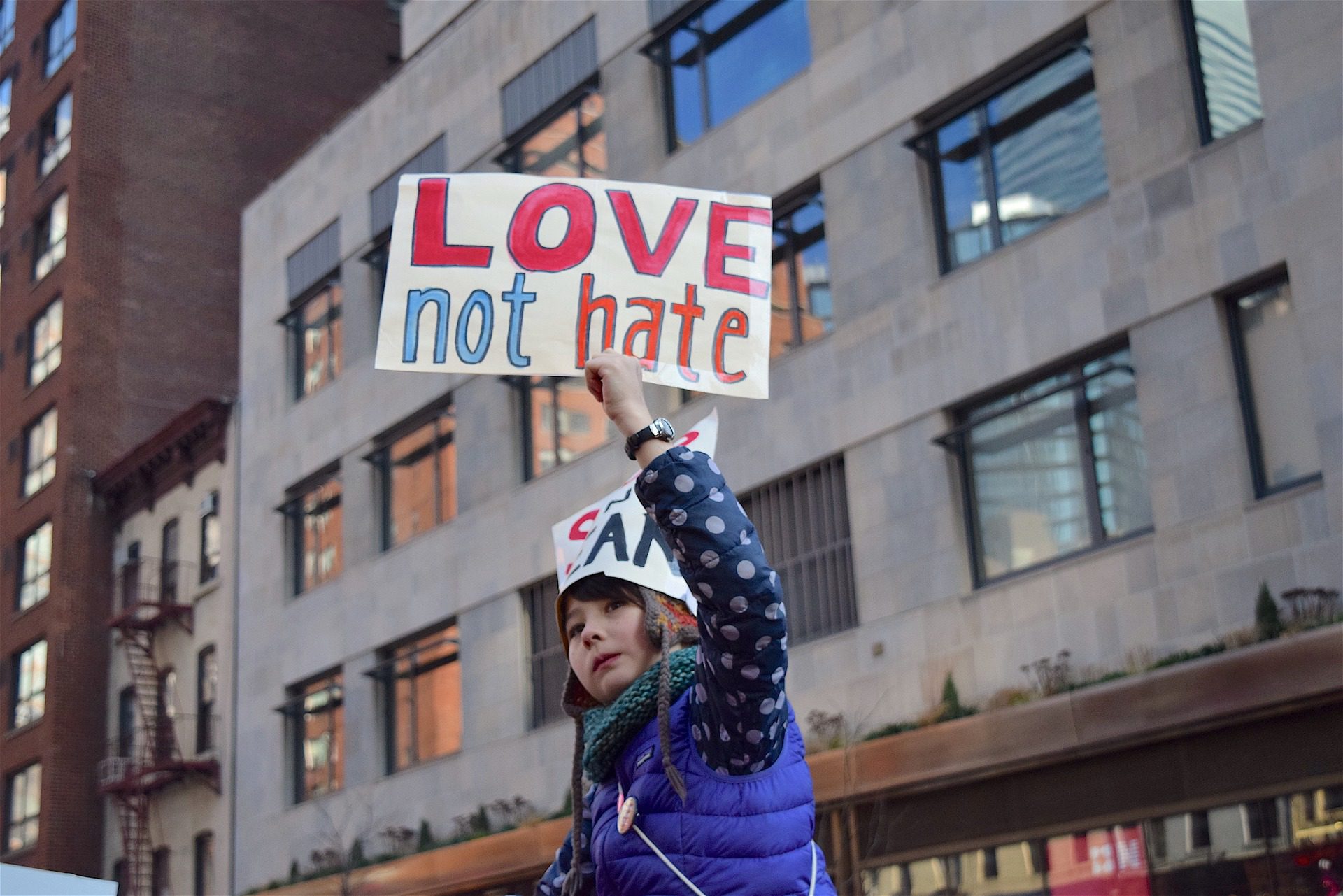 I believe there are three global crises that are related to the catastrophes of climate and the coronavirus: racial injustice, economic inequality, and a crisis of democracy. And since addressing the climate emergency properly necessitates making deep structural changes in how our societies function, why not do it in such a way that begins to solve all of them together?

First, we need to understand that the climate crisis cannot be solved sequentially. We do not have the luxury to confront the pandemic first and then the climate; they must be addressed together, with true urgency and in such a way that fosters democracy.

It is too late for moderation. We are very close to an irreversible tipping point of atmospheric warming.

A December Production Gap report from the UN Environment Program documents that, between 2020 and 2030, global coal, oil, and gas production will have to decline annually — by 11 percent for coal, 4 percent for oil, and 3 percent for gas — to be consistent with a 1.5° Celsius (low-carbon) pathway that scientists have called for in the Paris Agreement.

But, the report says, current plans and projections by world governments indicate an average 2 percent annual increasefor each fuel.

The things to do

We have to mobilize and demand big, bold, and brave actions from our leaders. Yet too many of those leaders label the people calling for emergency measures “alarmists” and say that the measures they demand are too expensive.

Really, too expensive? What is the right price tag, then, to prevent civilizational destruction and the sixth mass extinction, especially given that the scientists tell us that we can prevent a lot of that if we act now?

It takes two blades to cut a piece of paper

For a pair of scissors to cut, it takes two blades. The same logic can be applied to solve the climate crisis: One blade must be investing quickly and robustly in the green, renewable energy sector; the other blade must be ending fossil fuels. We can have all the solar panels and wind turbines in the world, but if we keep drilling and fracking, we won’t make it.

The science says we need to stop all new fossil fuel development right away and immediately begin a phase-out of what’s already being pumped so that we can achieve zero emissions before midcentury.

While much can be done locally, only central governments have the ability and resources to bring the needed investments to scale fast, and we need to ensure the focus is on cleaning up and providing green jobs for the peoples and communities disproportionately harmed by the climate crisis and pollution from fossil fuels and refineries — the same peoples and communities most harmed by Covid-19, racism, and poverty.

Unlike fossil fuels, solar and wind energy grids can be decentralized, even locally owned, thus achieving energy democracy. And unlike fossil fuels, renewable energy is everywhere, so there’s no need for costly wars and invasions.

Climate scientists warn that we should not rely on claims that in the future, bioenergy with carbon capture and storage will be a solution. Therefore, emergency efforts must be made to bolster and heal the natural systems of carbon drawdown.

On land, this means ending deforestation and vast reforestation. It means fundamentally altering our systems of food production from industrial, mechanical tilling of mono-crops to restorative agriculture such that soils are once again able to sequester carbon, resist flooding and erosion, and provide healthier food. This would mean the return of family farming and food democracy.

Ending fossil fuel emissions and the production of single-use plastics will allow our oceans to heal and improve their ability to sequester carbon.

The other blade of the scissors — the creation of a vast green, renewable energy sector — is a massive manufacturing jobs program building smart energy grids, electric vehicles, charging stations and wind turbines. And, let’s make sure these union or union-equivalent jobs go to former fossil fuel workers and to those most disadvantaged by race, poverty, and the coronavirus pandemic. This can lead to economic democracy.

Human rights also must be centered in the shift toward green energy. Too many green-energy companies currently involved in mega projects are replicating the same bad behaviors as the fossil fuel industry. They have weak human rights policies and practices, searching for resources in cheap locations that they can control and ride roughshod over the rights and health of local people. In fact, currently, renewable energy is one of the most dangerous sectors for people defending their lands. Only mining and agribusiness may be more dangerous.

As Alberto Matarán, a professor of urbanism and land management at the University of Granada in Spain, pointed outin December 2019, the renewables industry is increasingly concentrated in the hands of a few: In the wind energy sector, five wind turbine manufacturers (from Denmark, the United States, Germany, Spain, and China) make up more than half of the global market share — and are only increasing their shares.

At the same time, workers are increasingly concentrated in those same countries. Of the 11 million green jobs created in 2018, 4.1 million were in China. Then there’s Europe, where some renewable energy companies have started moving to countries where labor is cheaper, which means increasing numbers of their own green employees are left jobless.

The same transparency that is beginning to be demanded of the textile and tech industries with respect to their suppliers should also be demanded of the renewable energy industry. They must respect land tenure, good labor practices, and the rights of Indigenous peoples, and must share the benefits of renewable development with local communities both for the sake of these communities as well as for their own reputation.

Alongside the green energy jobs are the jobs needed to make our countries more resilient in the face of extreme weather events: retrofitting buildings; strengthening our dams, bridges, roads, sewage, and water systems; reforesting; and cleaning up toxic sites. And even more than that: It is time to recognize the billions of dollars women bring to the economy with their unpaid but crucial work.

The coronavirus pandemic has made clear the need to pay attention to the low-carbon, care-giving jobs — so-called “women’s work” — that keep societies going when crises hit. No longer should home care, nursing, teaching, childcare, delivery and postal services, or restaurant and food service be part of the gig economy. These workers must be shown the respect they deserve, which means they must earn a family-supporting wage with benefits and paid sick leave.

As Oxfam reported in March: “If American women earned minimum wage for the unpaid work they do around the house and caring for relatives, they would have made $1.5 trillion last year.”

In the U.S., to accomplish all this is not a multibillion-dollar effort, it’s a multitrillion-dollar undertaking. I’m sure that is close to the truth in other countries, and it means that we need to replace our old mindsets and embrace systemic economic and social change. We need to get over the idea that deficit spending is bad right now. Referring to economist Olivier Blanchard’s prediction in December that “we may be on the verge of a shift in fiscal paradigm,” Nobel prize-winning economist Paul Krugman argued: “The new paradigm suggests both that public debt isn’t a major problem and that government borrowing for the right purposes is actually the responsible thing to do.”

Neo-liberalism and austerity must be thrown out. They’ve had their chance and failed utterly. Climate change, in particular, is the greatest example of market failure we’ve ever seen.

We all know that it’s not just a climate crisis we face. We also face an empathy and justice crisis. The fabric of our societies is unraveling. So, while we move with great speed to solve the pandemic and avoid a climate catastrophe, we need to simultaneously mount an assault on poverty, racism, xenophobia, homophobia, misogyny, colonialism, and despair. We can do this. As writer and activist Naomi Klein wrote in On Fire: The (Burning) Case for a Green New Deal, the “failure to do these difficult tasks in time is a choice, not an inevitability of human nature.”

Hundreds of millions of lives hang in the balance with every half-degree of warming we either enable or ignore. The young activists know this. It’s their future that’s being put at risk. We mustn’t fail them. As Greta Thunberg said at a TEDx Stockholm talk in February 2019: “If the emissions have to stop, then we must stop the emissions. To me that is black or white. There are no gray areas when it comes to survival. Either we go on as a civilization or we don’t. We have to change.”

It would appear that a 17-year-old student on the spectrum has a lot more clarity than most of our leaders.

This is a version of a speech Ms. Fonda gave to the Dec. 16 Conference on Global Leadership in the 21st Century, a joint initiative of the UN Office at Geneva and the World Academy of Art and Science.

Rethinking Democracy From the Perspective of Political Ecology