"It's all about the Benjamins" 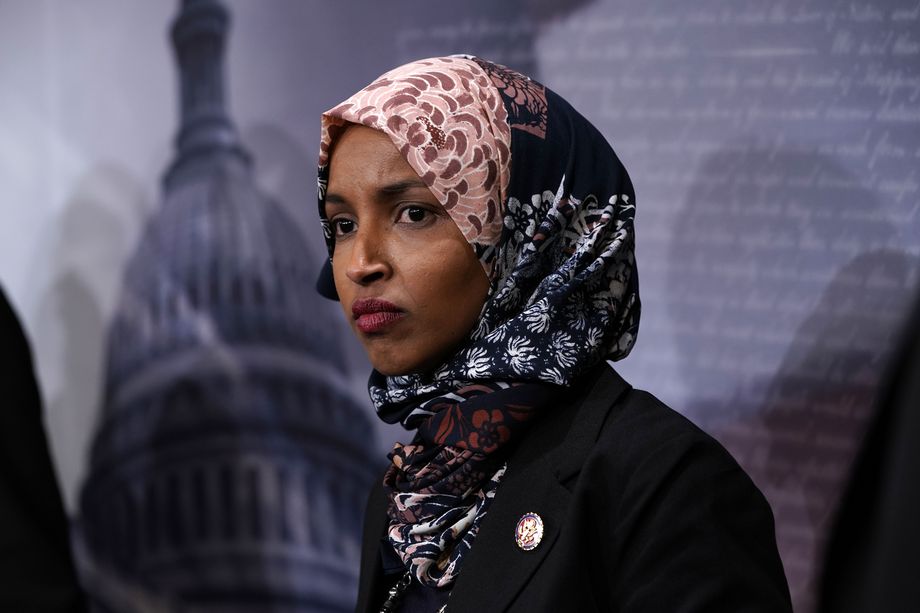 If you jump on the internet and try to find the exact tweet by Congressperson Ilhan Omar, you know the so-called anti-Semitic tweet, that has politicians, Democrats and Republicans alike, all fired up, then you may have a little trouble. It’s not that obvious. “Why?” you ask. Well for one thing it’s not one, but two tweets that need to be seen in context together, and for another, it requires drawing a line backwards in time to interpret the tweets in relation to her previous political position supporting a two-state solution for Palestine.  The New York Times summarized the issue best:

“Last October, after a crude mail bomb was found in George Soros’s mailbox, Representative Kevin McCarthy, the California Republican who is now the House minority leader, tweeted, “We cannot allow Soros, Steyer and Bloomberg to buy this election!” The tweet, since deleted, was referring to Tom Steyer and Michael Bloomberg, both of them, like Soros, Jews who are often the object of anti-Semitic conspiracy theories. Speaking on CNN, Steyer, who had also been sent a mail bomb, described McCarthy’s tweet as a “straight-up anti-Semitic move.”

So it was a bit rich when, last week, McCarthy posed as the indignant defender of the Jewish people, threatening to force congressional action against two freshman Democratic representatives, Ilhan Omar and Rashida Tlaib, for their criticism of Israel.

It would have been easy enough for either Omar or Tlaib to point out McCarthy’s cynical hypocrisy. Instead, Omar responded with a blithely incendiary tweet quoting Puff Daddy’s ode to the power of money: “It’s all about the Benjamins, baby.” When an editor at The Forward, a Jewish publication, asked who Omar thinks is paying American politicians to be pro-Israel, she responded, “Aipac!,” meaning the American Israel Public Affairs Committee, the United States’ most prominent pro-Israel lobby.”

So, let’s break this down and try to see what is anti-Semitic about her comments.  Does she speak the truth and is the truth of its nature, therefore, anti-Semitic?

Many years ago, the United States was involved in a divisive war in Viet Nam.  Those who spoke out against the war were accused of being unpatriotic.  All at once window stickers appeared on automobiles all across the nation, illustrating a waving American flag with the motto “Love it or Leave it.”  Protesters were categorized as not “supporting the troops.”  To appreciate the controversy, one must first understand the difference between corrupt and lying leaders, bad policy, an illegal war, the right to dissent and the innocent men and women serving the military who deserve everyone’s respect.  To not support the war does not mean that one does not support our troops. There is no factual correlation.  One may take issue with the leaders and policy and the war itself, but it was the sin of those leaders to hide their malevolence behind the veil of the troops, not the sin of the protesters.

Israel is a political state.  Israeli policies are governmental policies not religious ones, nor hereditary ones.  Policy is not part of the Jewish DNA.  To have Jewish ancestry or to be of the Jewish faith must be realized as vastly different from Israeli policy.  Therefore, to disagree with Israeli policy is alone not anti-Semitic.

Big money lobbyists are a curse on democracy. Lobbyist donors, yet an even bigger curse. To acknowledge that big money lobby groups donate to support congressional seats is to recognize that money buys influence.  Money pays for election financing, pays for the advertising and public relations, the ground teams and travel, everything needed to win and without which many who fill the seats in Congress would be replaced by better candidates with better ideas and more altruistic values.  But as everyone knows, they must be heard first and big money feeds the drowning megaphone of opposition.

So, I ask was it wrong to say “It’s all about the Benjamins”?  Is that anti-Semitic?  Was it wrong to acknowledge that AIPAC funds congressional campaigns to support its policies?

Many supporters of Israel will disagree with her previously stated position on the “Palestinian problem” but that does not make the congressperson an anti-Semite.  Can we not tolerate different ideas and solutions in this great nation of ours? But we are so divided currently that opponents are too quick to find fault and attack, while supporters too quick to defend. Oddly, not so with congressperson Omar. There are other currents amiss. With the many Republican transgressions, racism, sexism, and misogyny, sexual perversion, marital infidelity and so on, Democrats are all too quick to abandon their colleagues for fear of losing the moral high ground. Look at what happened to poor Al Franken.  Let’s face it, before being elected to the Senate, Al Franken was a clown, a comedian working in an environment with little or no rules and as clowns are want to do, stepping on toes and creating inappropriate humor for a cheap laugh. Just look at Lisa Lampinelli. So, a sophomoric photograph surfaced of Al miming a breast feel from a distance of several inches, on a sleeping woman aboard a military flight and boom, he’s toast. He resigned.  Why?  Because he believed that Democrats needed to set an example to maintain the moral high ground.

Poor congressperson Omar stepped in it and now it’s too late.  The subtleties of differentiation are forever lost in the drone of the big megaphone and the chaos of misinformation perpetrated by an administration that has demonstrated the power of conflicting lies to disrupt the flow of truth and facts, necessary information in the political process, necessary to a working democracy. There is no room for subtlety in this environment.  She was forced to apologize.  More’s the pity. She learned her lesson. In a party environment you no longer represent yourself, but them, and they have proved you right by admitting your error, and so yes, “It’s all about the Benjamins.”

If you were to create an ethical society from scratch, what systems and services would you put into place?

The Movement of Movements: From the Grassroots Up