Is Death of Democracy a bad thing? 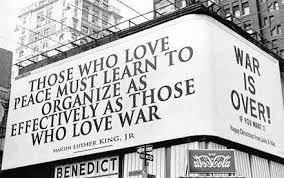 Every US citizen has pledged before our flag “liberty and justice for all”.  Our Republic and its democratic system has never yet kept that pledge.  We can, but time is not on our side.  And neither is any democracy that fails this call for urgent civil action.

Catherine Rampell implies Democracy’s death is a bad thing (“The Death of Democracy: A whodunit” Washington Post Op-ed 9-24-19).  But if the voters who actually show up at the polls don’t know enough about the issues or favor their clan above others, any election (by a selfish majority or a greedy minority) will never yield a more perfect union.

Majority views and voting itself is not nearly as important as codifying human laws that mirror “the Laws of Nature and Nature’s God” as our Declaration of Independence cited.   Constituent education and organized meetings with elected officials between elections would be substantially more powerful and effective in making change.   But only codifying fundamental principles that achieve liberty and justice for all, instead of flawed human principles (like ‘Peace through strength’ or ‘peace through disarmament’) will best ensure the vital progress needed to sustainably maximize both our freedoms and our security.

Ms. Rampell’s rightfully blamed both parties.  But she failed to mention or detail the greatest progressive/liberal source of failure.  We/they have never come together to advocate for a comprehensive approach that is essential to preventing and solving our greatest local, national or global problems.   Root causes and prevention must become a priority.

As Chair of the United Nations Association Council of Organizations in the late 1990s I closely witnessed the zero-sum game that each progressive movement (environment, peace, economic justice, social justice, education, health, food policy, human rights…) operated under.    They still compete against each other for limited resources (money, memberships, media attention, and access to grants or elected officials).   If foreign aid funding for global health is increased, other equally deserving efforts take a hit.

Each of these movements acknowledge that a ‘movement of movements’ is necessary.  But taking such bold leadership to create one would mean putting their own movement (or organization) equal to all others.  That is not what their memberships or board members favor.

Thus, it is ‘we the people’ who have failed.  Not Trump. Not a political party.  But we citizens who think elections and campaign financing matter more than persistently educating and demanding what’s needed from our own elected officials.   Our collective goal must be addressing root causes instead of winning the next election.

Environmentalists, particularly climate change advocates, are gaining most attention now because rational ‘fears’ driving many to get involved.   But, if those same people fully understood the inevitable catastrophic consequences of the evolution of weaponry (and war) as well as the lethal injustices of poverty or democratically elected governments that fuel war and environmental degradation, they would see the vital and urgent need for a comprehensive global approach.  Budget busting political reactions to each local or national crisis (as it gains headline popularity) is simply unsustainable — and a formula for inevitable catastrophic results.

There is only one comprehensive approach that the world has agreed on it’s not the Green New Deal.  In 2015 the world’s nations and NGOs came together and agreed upon 168 specific goals packed within 17 broader Sustainable Development Goals to be achieved by the year 2030.

It was the Washington Post’s article on Kleptocracy two years ago that mentioned the $32 trillion locked in offshore accounts put there by Kleptocrats, oligarchs, drug cartels, terrorist groups, and ultra-rich capitalists avoiding taxes.  These mostly illicit moneys should or could be devoted to address the global injustices driving environmental degradation, wars, refugee flows, illiteracy, genocides, lethal poverty, pandemics, and other hunger or water born infectious diseases.

One piece of US legislation to freeze and then seize portions this booty for meeting the SDGs has the potential to break the zero-sum game that has the progressive movements locked in a death spiral that is taking humanity and our environment down with them.

The Universal Declaration of Human Rights, FDR’s second Bill of Rights, and even the ancient ‘Gold Rule’ (the foundation of every major religion) were intended to maximize human freedoms and security.  Creating heaven on earth does not require a democracy.  It would require what we know is needed…and always have…but never made it a political priority.

Every US citizen has pledged before our flag “liberty and justice for all”.  Our Republic and its democratic system has never yet kept that pledge.  We can, but time is not on our side.  And neither is any democracy that fails this call for urgent civil action.