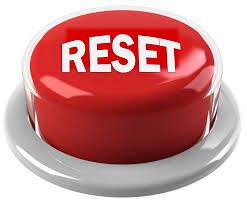 The report warns that the economic, social and health effects of heat stress will make it more difficult to reduce poverty and achieve the SDGs.

The report calls for governments, employers and workers to adopt measures that focus on protecting the most vulnerable, and improve implementation of international labor standards in occupational safety and health to ensure decent working conditions for those affected by heat stress.

2 July 2019: Climate change is expected to lead to an increase in work-related heat stress, damaging productivity and causing job and economic losses, with the poorest countries suffering the worst impacts, according to a report released by the International Labour Organization (ILO). The report warns that heat-related stress impacts could compromise achievement of many SDGs.

The report titled, ‘Working on a Warmer Planet: The Impact of Heat Stress on Labour Productivity and Decent Work,’ presents estimates of current and projected productivity losses at national, regional and global levels. Projections based on a global temperature rise of 1.5°C above preindustrial levels by the century’s end, for example, suggest that in 2030, 2.2% of working hours worldwide, or 80 million full-time jobs, will be lost as a result of higher temperatures, an equivalent of USD 2.4 trillion in economic losses annually.

The report examines the degree to which heat stress affects labor productivity, measured in terms of working hours, in every country. Analysis of 20 subregions reveals that South Asia, Western Africa, South-East Asia and Central Africa are expected to suffer the worst losses, while North America and Europe are not significantly affected by heat stress.

Heat stress generally occurs at temperatures above 35°C in high humidity. Excess heat during work is an occupational health risk as it affects productivity and, in extreme cases, can lead to heatstroke and be fatal.

In 2030, 2.2% of working hours worldwide, or 80 million full-time jobs, will be lost as a result of higher temperatures.

According to the report, heat stress is more prevalent in countries with fewer resources to adapt to increased heat. It reinforces already existing economic disadvantages in countries with decent work deficits, higher rates of working poverty, informal employment and subsistence agriculture, and a lack of social protection. In South Asian and West African countries, for example, approximately 5% of working hours are expected to be lost in 2030, or around 43 million and 9 million jobs, respectively.

The report warns that the economic, social and health effects of heat stress will make it more difficult to reduce poverty and achieve the SDGs. Women in subsistence agriculture and male construction workers are expected to be the worst affected, accounting for 60% and 19%, respectively, of working hours lost to heat stress in 2030. Heat stress is more common in these sectors because of the nature of the work, which is physical and usually takes place outside, and higher levels of informality, with workers less likely to have access to health care and other forms of social protection against accidents and injuries, including those produced by heat stress. The report recommends a sectoral response to heat stress in agriculture and construction, which should include technological improvements, skills development and awareness raising. Environmental goods and services, refuse collection, emergency, repair work, transport, tourism, sports and some forms of industrial work are also expected to be affected.

The publication details heat stress impacts on work in relation to specific SDGs, particularly SDGs 1 (no poverty), 2 (zero hunger), 3 (good health and well-being), 4 (quality education), 5 (gender equality), 8 (decent work and economic growth), 10 (reduced inequalities), 11 (sustainable cities and communities) and 13 (climate action). The report calls for governments, employers and workers to adopt measures that focus on protecting the most vulnerable, including adequate infrastructure and improved early warning systems for extreme weather events, and improve implementation of international labor standards in occupational safety and health to ensure decent working conditions for those affected by heat stress. Among other actions, the report recommends dialogue between workers and employers that can lead to adapting working hours and ensuring rest breaks, and employers providing drinking water, as well as training on recognizing and managing heat stress.

The report also calls for: governments to mandate maximum temperatures to which workers may be exposed; infrastructure-related measures, such as building standards, to protect indoor workers; and recognizing heat stress as a driver of migration in regulatory frameworks. [Publication:

The Business Case for Eliminating PFAS Chemicals from Consumer Products

What drives people to change their behaviour when it comes to technology adoption or change of daily practices?